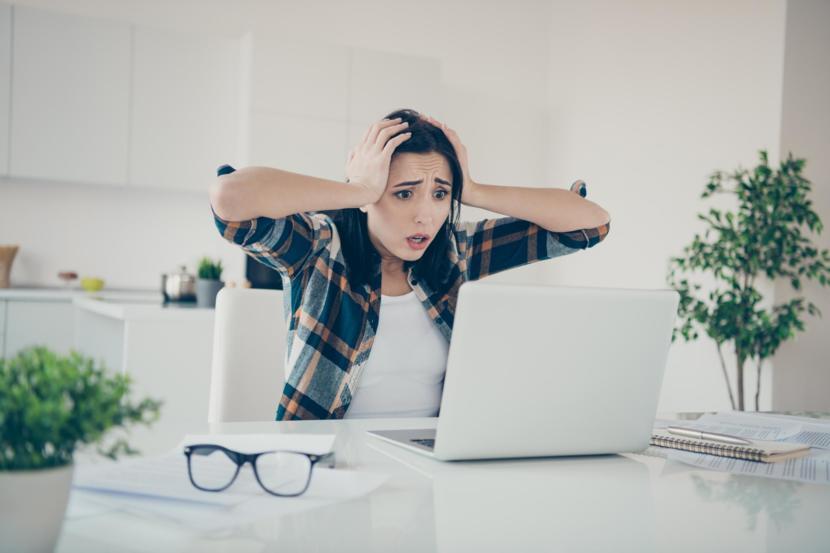 How Not To Panic

Taken from a series of articles on the internet, here is rendition on how not to panic.

When you were a kid, were you terribly afraid of the dark?  Do you remember the feeling of walking down the basement stairs of home or your grandparents’ house, or getting up in the middle of the night to go to the bathroom? Was your worst fear that some indefinable something lay under the bed or be behind the closet door? Would you get so scared that you would actually see something freaky? Could you in fact go crazy from terror, or even scare yourself to death? Currently, does the coronavirus put your head into a spin?

Many therapist hear echoes of this “fear of what’s beyond fear” in many of the anxiety conditions they treat, and most clearly in panic disorder. First, a quick description: Most of us at some point will have at least one panic attack, which is a sudden surge of fear along with physical symptoms, such as a racing heart, shortness of breath, or feeling faint. But having panic attacks does not indicate a disorder; one must also really fear having more panic attacks. Generally, one will worry that the panic signifies something terrible like “having a heart attack” or “going crazy.” Panic attacks become problematic when we’re so afraid of them that we alter our lives to avoid them. For example, one may stop using elevators, taking public transportation, or driving over bridges if these situations are tied to panic.

If you have ever experienced a panic attack, you know they are miserable: There’s a gripping fear, a sense of impending doom, and an overwhelming drive to escape the situation.

In addition to the experience itself, panic in panic disorder usually triggers a fear that something else—something beyond panic—is going to happen. We imagine that whatever it is will be qualitatively different from the panic alone, such as:

Panic does not cause these terrifying events. What is actually beyond panic? In the short term, just more panic. Inevitably, the body and mind stop generating the panic symptoms and the attack ends.

The best tested treatment for panic disorder—cognitive behavioral therapy—focuses on training the mind to understand that panic is just panic, no less and no more. With practice and hard work, we can move through our fear and our expectation of something worse than panic.

What makes panic overwhelming is what we imagine will happen. When we conquer our belief that panic is going to include something worse, we’re free to face the panic itself. People tend to find that they can deal with a panic attack when it is stripped of its most terrifying forecasts.

Perhaps many other things in life are similar to panic. Things we could deal with as they are, but struggle with because we fear they will turn into more than we can handle. For example, we can deal with an awkward and dreaded conversation; it will just be awkward, no better and no worse. Also, we can face a busy workday on very little sleep; we will be tired at times, no more than that. Similarly, we can finish a tough workout; it will hurt, then it will be over.

Our minds repeatedly create ghosts that we treat as real, and that we believe will be more than we can manage. When we face our lives as they actually are, we find we are enough.

Panic attacks are characterized by a combination of mental, emotional, and physical symptoms. These attacks typically begin with a sense of dread, nervousness, and fear. Feelings of anxiety often increase in intensity as the person begins to experience sensations such as, shortness of breath, heart palpitations, chest pain, excessive sweating, tingling, shaking, and even nausea.

These uncomfortable physical symptoms are frequently met with fearful thoughts and emotions, such as being afraid that the attack will cause one to lose control, go insane, have a medical emergency, or even possibly die. During a panic attack, it is not uncommon for a person to go through feelings of depersonalization and derealization in which the person feels detached from the self and reality.

Panic attack sufferers often have no control over when their symptoms will strike. For people with panic disorder, these attacks come on suddenly, without any warning or cause. Those with specific phobias may only have panic attacks when exposed to their specific fear; however, these feared stimuli may not always be easy to avoid.

Given that attacks can occur at any place or time, some people may try to jump in and help the person through the panic attacks. It is truly kind for someone to try and help a person through these challenging symptoms. However, well-meaning friends, family, and even strangers may try their best to help, only to say the wrong thing to the person having the attack.

Some ideas on what not to say to someone during a panic attack are:

The surest path to overcoming panic attacks is to train yourself to respond to panic in accepting and calming ways. As you read the steps described below, think about how they compare to what you usually do during a panic attack. The Panic Trick tells us that your gut instinct of how to respond to a panic attack will likely be to do something that makes the problem worse rather than better. The path to overcoming panic attacks requires responses that are quite different from what you usually do. If you keep doing the same thing, you'll probably keep getting the same result. If you seek anxiety relief, you need to look for different methods.

You can use these five steps to guide your responses during a panic attack. The regular use of this approach will go a long way towards your goal of overcoming panic attacks. They are adapted from Anxiety Disorders and Phobias: A Cognitive Perspective, an excellent professional text by Beck, Greenberg, and Emery as well as Anxiety and Phobia Workbook by Bourne.

The Five Steps of “AWARE” in overcoming panic attacks are:

Let's take a look at what each step entails.

That's Acknowledge & Accept. How does that compare to what you usually do during a panic attack?

That's "Wait & Watch (and maybe, Work)". How does that compare to what you usually do during a panic attack?

At this point, you've already gone through the two most important steps to overcoming panic attacks. These steps, and all the steps necessary to overcome panic disorder and phobia, are covered in much more detail in Beck’s Panic Attacks Workbook.

1. Fine, let's have an attack! It's a good chance to practice my coping techniques.

That's "Actions (to make myself more comfortable)". How does that compare with what you usually do during a panic attack?

How does that compare with what you usually do?

Have these statements been true for you? Don't take my word for it. Review your own history of panic attacks and see. And maybe the next time you panic, when you notice yourself thinking, once again, "Will this ever end?", you'll find yourself answering, "YES!"

Can family therapy help with anxiety?

What is the best treatment for OCD?