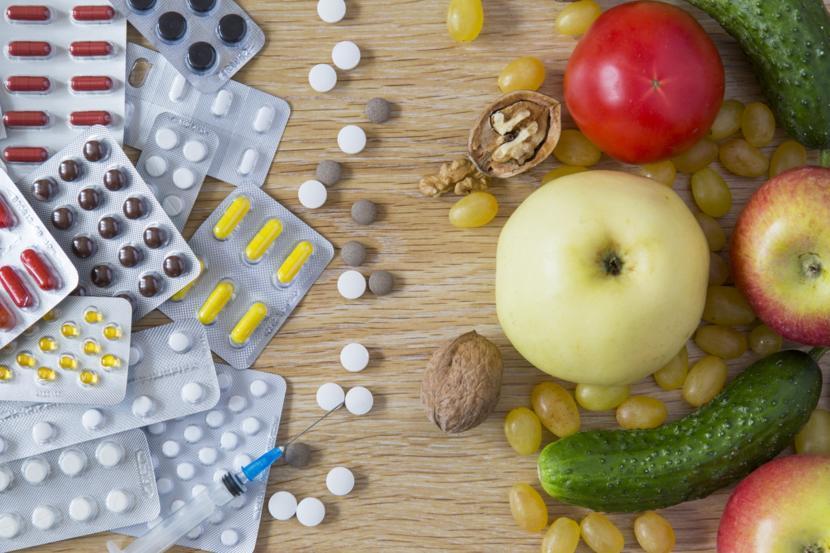 Michael D. Seidman, MD, FACS attained both his B.S. in Human Nutrition and M.D. from the School of Public Health and the Medical School at the University of Michigan. After a five-year residency in Otolaryngology-Head and Neck Surgery at Henry Ford Health System (HFHS) he completed a fellowship in Otologic/Neurotologic... more

As anyone who has tried to sort out conflicting medical studies knows, there is little agreement among members of the scientific community in regard to what is "healthy." This has created a difficult situation for the public. They are faced with experts who contradict one another, as well as research far too complex for the ordinary person to decipher. Meanwhile, it is becoming increasingly clear that even FDA-approval can not guarantee safety, as the recent withdrawal of Vioxx and other drugs shows.

The pros and cons of supplementing with vitamins, minerals, and similar substances are no less confusing. In spite of thousands of studies examining the effects of various supplements, experts still disagree. As a practicing physician and scientist, I believe I have a responsibility to present what I feel is a strong case for supplementation.

It is clear that proper nutrition is essential for optimal health. We need to eat from basic food groups, and consume significant amounts of fruits and vegetables as part of a sensible diet. Unfortunately, the Standard American Diet, with its emphasis on processed and prepared foods and large amounts of fat, salt and refined ingredients, does not come close to meeting these standards. The majority of Americans are clearly not going to obtain adequate nutrition from this diet.  Despite appropriate diets, 1 out of every 3 people on this planet have a micronutrient deficiency and do not even know it.

To complicate matters, more than 60 percent of Americans are now considered overweight or obese, and roughly the same proportion of the population is sedentary. Stress, another major health factor, takes a toll on nutritional status, as does aging.

While genetics certainly play a role in health, we do not have the option of changing our genes, at present. Meanwhile, many of the health issues we face are social and lifestyle choices. The end result can be seen in these statistics: Cancer - the second most common cause of death in the United States - claims more than 550,000 lives each year. Yet two-thirds of these cancer deaths are considered preventable through lifestyle changes - quitting smoking and all tobacco use, consuming 5 to 10 servings of fruits and vegetables daily, reducing intake of meat, fatty foods and dairy products, exercising moderately and supplementing appropriately.

Here again, we have controversy over how to define "supplementing appropriately." I think it's important to remember that the Recommended Dietary Allowances (RDA) - now known as the Dietary Reference Intakes (DRI) - were established in 1941 to meet the needs of most healthy people. While these recommendations are updated every ten years, they are neither minimal requirements nor optimal levels. In fact, they are simply educated guesses. Meanwhile, there is compelling science to suggest that many of the nutrients found in routine supplements could be taken at much higher doses with an excellent safety profile and significant health benefits.

Is it possible to get sufficient quantities of nutrients from a healthy diet? To answer that question, let's use vitamin E as an example. Oregon State University's Moret Traber dispels this notion when she states: "To obtain enough vitamin E from food to attain a reduction in the risk of cardiovascular disease, you'd need to consume 9 tablespoons of olive oil, 75 slices of whole wheat bread, 40 almonds or 200 peanuts each and every day."

Since it appears to be difficult - at best - to get a beneficial amount of vitamin E from food, what should the supplement dosage be? There have been numerous studies to show that an increased intake of antioxidants, such as vitamin E, reduces heart disease and the risk of stroke, Alzheimer's and cancer. Vitamin E has also been shown to increase immune function and reduce exercise-related free radical damage. When it comes to precise dosage, however, there is no one-size-fits-all answer. The DRI recommends 30 IU, a figure considered too low by many health experts. Indeed, some clinical trials suggest 800 to 1,200 IU may be required to affect cardiovascular health, particularly in patients who already have the disease.

Then how do we explain conflicting findings? For example, a recent meta-analysis by researchers at Johns Hopkins, which reviewed 19 previously published articles involving 135,967 patients, suggests that consuming more than 400 IU of vitamin E per day may increase the risk of dying by 6 percent (Miller et al Jan 4, 2005 Ann of IM vol 142 No1). While the media pounced on the "bad news" aspect of the story, the truth is the research had shortcomings. First, it consisted largely of older individuals who were already suffering chronic illness of one sort or another, including heart disease, hypertension, Alzheimer's, Parkinson's, kidney disease requiring dialysis, as well as a group of smokers. It's difficult to imagine that vitamin E alone could improve the health of these individuals. Second, the supplements used were synthetic, and there are studies to show that the natural forms are possibly more effective. Third, from a statistician's viewpoint, mixing such a wide assortment of studies together can produce meaningless results. Finally, they eliminated 12 trials that had fewer than 10 deaths! This introduces a very serious selection bias against the benefit of vitamin E. Essentially they randomly eliminated 12 studies where the death rate was very low, you may call this science, but this is how science gets a bad name. Basically, manipulating the data to support their bias. As an aside, for our protection and safety, Body Language Vitamin Co. only uses mixed tocopherols, so it is an all-natural group of tocopherols, not just the d-alpha tocopherol. There has been some science to suggest that it is much better to use mixed tocopherols and tocotrienols, which is precisely what we do at BLV Co.

Note, too, that the Johns Hopkins researchers themselves pointed out that most of the patients in these trials had chronic illness and were over the age of 60. As a result, the authors observed that the study's findings may not necessarily apply to younger, healthy individuals.

In fact, in some ways, this study's conclusion is similar to earlier research that encouraged people to abandon butter in favor of margarine. Needless to say, that opinion was reversed when it was determined that the trans fats in margarine were far more toxic to us than butter.

Of course, not all studies are inconclusive. For example, the excellent work by Rimm et al, in 1998, looked at more than 80,000 women who supplemented with folate and vitamin B6. Researchers found a significant reduction in the risk of heart disease. They also found that combining these supplements with one drink per day reduced the risk even more. Further, they determined that low intake of folate and B6 led to high levels of homocysteine, which increased heart disease. This specific study was responsible for changing the RDAs of folic acid from 50 micrograms per day to the current 400 micrograms per day.

Studies like this, which cost millions of dollars and take many years to complete, are to be encouraged. But in the meantime, there is compelling evidence in smaller clinical trials that is relevant, reasonable and should cause us to change the way we think about diet and nutritional supplementation. For example, my colleagues and I have conducted studies with a number of antioxidants, including phosphatidylcholine (PPC), resveratrol, acetyl-L-carnitine (ALCAR), and alpha-lipoic acid (ALA), among others. Our findings: these supplements provided protection against free-radical damage throughout the body. In other words, supplements minimized - and sometimes even reversed - cellular assaults linked to deterioration of health and the aging process.

A final thought: Over the last 12 years, the average annualized mortality rates secondary to vitamins have been attributed to be one death per year, and herbs at three deaths per year. On the other hand, 400,000 deaths per year are attributed to smoking, and another 300,000 to poor diet. It should also be noted that pharmaceutical errors cause approximately 100,000 deaths per year. The bottom line is that there is an extremely remote likelihood that one would be hurt by taking nutritional supplements, and there is certainly compelling scientific data to support their use.

Should I Take a Folic Acid Supplement?