Do you want to know what Cardiac Resynchronization Therapy (CRT) is? Do you know exactly how your heart functions? It works in a rhythm. It beats 60 to 100 times per minute, and when it beats, it pumps oxygenated blood to your whole body. When the heart relaxes immediately after each beat, impure blood reaches your heart. The heart then sends the same impure blood to your lungs for purification. The purified blood then reaches your heart, where it is pumped and transferred to the whole body. There also comes a situation when the heart is not able to pump enough blood or when the demand doesn’t match the supply, and this situation is usually referred to as heart failure.

Acquainting you with another term called "arrhythmia," is also important. An arrhythmia hints to irregular heartbeats and is a condition where your heart beats irregularly and unpredictably. Usually the heart beats faster when you are exercising or running, and it beats slower while you are asleep or resting. Hence, any irregularity in the beating of your heart when you’re completely relaxed and not exercising or sleeping can cause arrhythmia, which must be reported accurately to the doctor or specialist, who will give you better knowledge on how to deal with it.

Is there any cure for heart failure?

One of the best ways to cure arrhythmia or irregularities related to heart is Cardiac Resynchronization Therapy (CRT), which is a procedure that helps in improving the rhythm of the heart. The Cardiac Resynchronization Therapy involves a device called a biventricular pacemaker, which is implanted in your body. Traditionally, pacemakers were used to boost the heart rate in those patients who had a slow heart rate. In CRT, biventricular pacemakers are also used as they perform the additional job of making the ventricles beat in sync.

It is fitted below the collarbone in between the skin and the muscles. A pacemaker helps in monitoring the heart rate through three wires that are connected to your heart.

As a process of how the heart fully functions, the right ventricle pumps impure blood to the heart, and the left ventricle is held responsible for pumping pure blood to the whole body, so that it may function properly. It must always be remembered that the synchrony of the ventricles is important to match the demand and supply of the oxygenated blood.

One of the indications of CRT is when the ventricles are not pumping simultaneously. This leads to some side effects that may include reduced efficiency in the functioning of the body and, in rare cases, even heart failure. The pacemaker senses any such abnormalities and sends minor electrical pulses or shock waves to the ventricles. This directs them to beat in unison. Thus, a pacemaker corrects a heart’s rhythm. This process of resynchronizing the ventricles is called Cardiac Resynchronization Therapy (CRT), which is also termed prominently as biventricular pacing.

What are the Advantages of CRT?

CRT shows significant improvements in heart failure patients, wherein medicines are not able to control the symptoms. CRT helps in:

• Improved efficiency of the heart by correcting abnormal rhythms: the pacemaker helps widely in ensuring that your heart beats correctly.

Who is best suited for CRT?

CRT is especially indicated for moderate to severe heart failure patients whose left and right side of the heart do not beat in unison. CRT is specifically indicated for those who belong to Class III and Class IV classification by New York Heart Association (NYHA).

Breathlessness, swelling, coughing, and tiredness are some of the symptoms of heart failure. An individual must always take notice of how his body functions, and, if he experiences symptoms with ordinary activities, he falls in Class III, whereas if he experiences severe limitation and experiences symptoms of heart failure even at rest, he may then belong to class IV. Whatever be the classification and category under which he may fall, he must always ensure to make a note of his condition and side effects that must be reported as soon as possible to the doctor, who can suggest the best medication and treatment before the condition worsens with time.

CRT is indicated in patients cardiomyopathy or weak heart muscles, as well.

CRT is not indicated in the following cases:

• CRT may not work for mild heart failure patients.

• CRT may not work for those who have no issue with the left and right sides of the heart not beating in unison.

To ensure proper functioning of both the device and the body, you must remember not to miss any of your followup appointments with your designated doctor.

Will I ever lead a normal life with congestive heart... Who Should You Call if You Have a Congestive Heart... 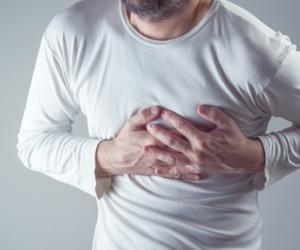 What are the Signs and Symptoms of Congestive Heart... 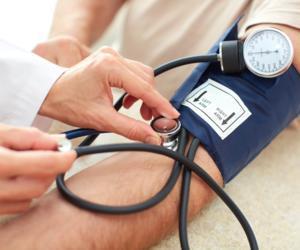 How is Congestive Heart Failure Diagnosed?

How is congestive heart failure treated?

How is Congestive Heart Failure Diagnosed?

How Can a Cardioverter-Defibrillator Treat Congestive Heart Failure?