Atypical myocardial infarction often occurs in older patients with a pronounced cardiosclerosis, circulatory failure, and often with people who have a history of heart attacks.

The symptoms may confuse you, or make you think that they are not associated with the heart.

What are precautionary steps to take to prevent a heart...

Usually, atypical manifestations develop only in the initial stages of myocardial infarction. As symptoms develop, the clinical features become obvious, when the condition aggravates.

The peripheral form of myocardial infarction with atypical localization of the pain, which occurs not in the retrosternal or precordial region behind the chest bone, but:

The intensity of pain varies. Sometimes it is enhanced, and not relieved by nitroglycerin. The rest of the symptoms are characterized by weakness, sweating, blood pressure drop, Croc's disease, palpitations, arrhythmias.

The abdominal form is usually found in posterior diaphragmatic myocardial infarction (the back of the heart). There is an intense pain in the epigastric or right upper quadrant of the stomach, the right half of the abdomen. Also. The pain is accompanied with nausea, vomiting, abdominal distention (upset stomach), paresis of the stomach and intestines, diarrhea.

On the palpation, the muscles of the anterior (front) abdominal wall are stretched. The cardiovascular system reaction includes the drop in blood pressure, voiceless heart tones, and a variety of arrhythmias.

For the diagnosis of atypical forms of myocardial infarction, all clinical symptoms should be carefully assessed, such as dynamic ECG changes and resorption necrotic syndrome.

Special features found in the biochemical blood test, echocardiography data have to be encountered.

If you feel that there is something wrong in your chest, and you are from the risk group according to the age and health condition, do not hesitate to call an ambulance.

How do I know if I have a bacterial infection or viral...

What Are the Causes of Age Spots?

What Is an X-Ray?

More from FindATopDoc on Myocardial Infarction

How can I remove the dark stains from my teeth? 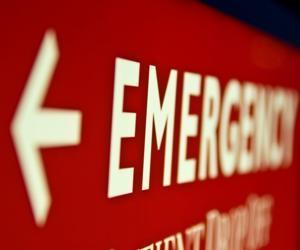