Decubitus ulcers or pressure ulcers, more commonly known as bedsores, are open wounds on your skin due to the prolonged pressure applied to the area. These ulcers occur mostly over the bony prominences such as the hips, tailbone, ankle, and heels. Bedsores are a frequent condition experienced by those who are immobilized or unable to change their positions and patients who are bedbound for a long time.

What are decubitus ulcers?

Decubitus ulcers have been given several names. They are also called as pressure ulcers, pressure sores, or bedsores. However, the best term to be used is pressure sores. Pressure sores are open wounds due to a continuous pressure on the skin. The sores are the result of skin and tissue damage. 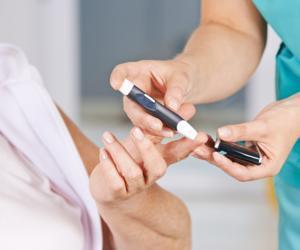 Have a question aboutBedsores?Ask a doctor now

The National Pressure Ulcer Advisory Panel (NPUAP) defines a pressure ulcer as a localized injury to the skin and/or underlying tissue usually over a bony prominence, as a result of pressure, or pressurein combination with shear.

Pressure sores are more likely to occur among:

Pressure ulcers may develop very quickly in an individual and often are difficult to treat. However, the condition is treatable and if it is diagnosed early in the disease course, the patient may likely have a very good recovery.

The Four Stages of Decubitus or Pressure Ulcers

The National Pressure Ulcer Advisory Panel (NPUAP), a professional authority that targets to improve the patient outcomes in pressure injury prevention and treatment, has developed a staging process to help doctors diagnose and treat such condition.

Stage 1 is the earliest stage in the development of a pressure ulcer. It is characterized by the following features:

In stage 2, the following characteristics may be noted:

When it comes to stage 3 of the disease, the ulcer has progressed to a deep wound and it may bear the following characteristics:

By the time the pressure ulcer reaches stage 4, several layers of the tissue will be affected. The wound is much more extensive than before and is characterized by the following features:

The pressure ulcer cannot be staged if the wound is covered with yellow, brown, black, or dead tissues as the depth of the wound cannot be determined.

What are the causes of decubitus or pressure ulcers?

Pressure ulcers can also result when your skin is rubbed against a hard or rough surface. The friction that is produced as a result of the rubbing may damage the overlying skin.

What are the signs and symptoms of pressure ulcers?

The signs and symptoms will vary according to the stage of the ulcer. Depending on which stage your ulcer is in, you can experience any of the following symptoms:

How are pressure ulcers diagnosed?

The diagnosis of a decubitus or pressure ulcer solely depends on the external examination of the wound. The following features will help your doctor in diagnosing and staging the ulcer:

Your doctor may take samples of fluid and cells from the ulcer for further investigations to exclude more dangerous conditions such as cancer.

How are pressure ulcers treated?

Just like in diagnosing a pressure ulcer, the treatment will also depend on the stage of your ulcer. There are several treatment options available including medicine, therapies, and surgeries.

The outcome of the condition depends a lot on the stage of your ulcer. If an early diagnosis was made before stage 3, then treatment would be less difficult.

Need a way to manage my anxiety but my history is making...

What should I avoid if I have sciatica?

More from FindATopDoc on Bedsores 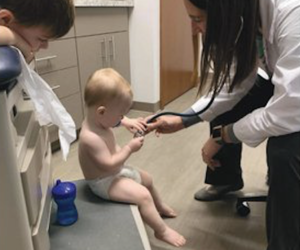 Viral vs Bacterial - What's the Difference? 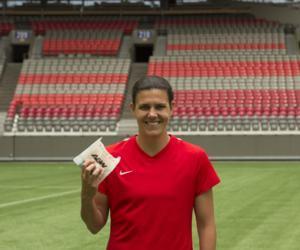 State of the Union: Are Couples Having Less Sex?