Those who live with rheumatoid arthritis know that symptoms tend to spike in the early morning, with stiffness and pain being the most common factors. No matter how effective the medicine on hand, patients still have to get up and wait for the treatment to kick in. This can make days feel difficult before they are even allowed to begin, and can lead to the feeling the rheumatoid arthritis is a constant and progressively worsening battle.

Horizon Pharma, a biopharmaceutical company based in Dublin, Ireland, has made a reputation for itself of developing treatments for inflammatory diseases that cause pain. It currently markets 11 medicines that were developed to help relieve those suffering from rare diseases, with a focus on rheumatology. Horizon developed a medicine specifically for moderate to severe rheumatoid arthritis, called RAYOS, which was recently approved by the FDA after two successful clinical trials. 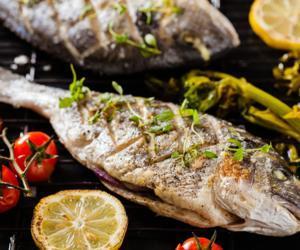 Although the drug maintains some of the same side-effects of similar available treatments, RAYOS excels in its delayed-release, which can help those who suffer from morning pains and stiffness. The original intent of the development team was to find a way to administer the benefits of its primary active ingredient, prednisone, at the time when symptoms are the worst. The drug was successful in clinical trials and previously released in Europe under the name Lodotra, and is now approved and available in the United States.

The Mission Behind Horizon Pharma

Horizon Pharma is a relatively young biopharmaceutical company, founded in 2008 as a small startup without a brick and mortar office location. Over the less than ten years that the company has been in business, it has managed to win many awards and grow into a global enterprise, currently offering 11 medicines all around the world. The simple mission behind the company: It’s Personal.

The company associates its success with its focus on putting the patient before the business, and working towards improving the lives of those who live with chronic or rare inflammatory illnesses. Approximately half of the medicines that Horizon Pharma offers were developed for small patient populations, in which no treatment previously existed. There is a sense of urgency to the company’s work, and the mentality is driven by the reality that each passing day is another day in which millions go without effective or innovative treatment.

Today, the company nets over $1 billion in sales and employs over 1000 people, consistently being ranked amongst the best places workplaces in healthcare or otherwise. Among other accolades, Horizon Pharma has been named in Crain’s Chicago Business “Best Places to Work,” and ranked 22 in Fortune Magazine “100 Best Medium Workplaces.” At the center of these awards is a constant focus on patients, families, and an understanding that the work done by team members may eventually save or improve their own lives, or the lives of their loved ones.

Horizon Pharma extends their sociocultural philosophy beyond medicine, and has donated over $1 million in support to communities in need, while also assisting non-profit organizations and focusing on providing educational opportunity and nutritional assistance to at-risk youth and families. The company cites four major areas of giving back, focusing on children’s healthcare, innovation, STEAM (science, technology, engineering, arts, and math), and therapy programs for recovering patients.

Beginning in February of 2014, Horizon Pharma sponsored two clinical trials designed to study how effective their new delayed-release prednisone medication would be over traditional, immediate-release prednisone. Up until that time, prednisone had been made widely available to those who suffer from moderate to severe rheumatoid arthritis. As a treatment option, prednisone reduces inflammation, thereby alleviating some of RA’s most common symptoms.

For the study, participants who had been diagnosed with rheumatoid arthritis and who had been using immediate-release prednisone were switched to RAYOS, the delayed-release medication. They took RAYOS late at night before going to bed, with the intent being that when they woke up a few hours later, the drug would have kicked in some time before and activated as they would otherwise have faced morning stiffness and pain. By using comparative scales, the researchers were able to determine whether or not the drug was effective enough to benefit patients over the prednisone that they were already taking.

The average age of the individuals who participated in the study was 63, and the average age that the patients had been diagnosed was 56. Participants were evaluated on the perceived change in severity of morning stiffness over traditionally prescribed immediate-release prednisone, and were also tested on the length of time in minutes that morning stiffness lasted, as well as the patient’s overall perception of how severe their symptoms were after taking RAYOS.

According to the results of the study, RAYOS consistently reduced the severity of morning stiffness no matter how severe the symptoms were perceived to be originally. In addition, taking the delayed-release prednisone reduced the duration of morning stiffness symptoms by approximately 20 minutes across the board. Patients did not report a noticeable reduction in the overall activity of the disease, but there was a slight decrease (9%) in the severity of the disease according to physician’s assessments.

RAYOS was approved by the FDA for use in rheumatologic conditions, as well as in endocrine conditions in which it might ease pain and other symptoms of certain cancer conditions. At its core, RAYOS is a corticosteroid with anti-inflammatory and immunosuppressant properties, which can be used in treating allergic, skin, stomach, blood, eye, kidney, nerve, and specific infectious diseases or conditions.

Ultimately, it is up to the patient and the doctor to determine whether or not RAYOS is a viable option for treatment. In the case of rheumatoid arthritis, it was tested and most deemed most applicable to cases of moderately to severely active RA, and would not be a good option for those who suffer from other immune or blood diseases. As suggested by the study, the best candidate for RAYOS would be someone who is already receiving prednisone, and who is trying to boost the timeliness and effectiveness of the drug in their regular treatment.

RAYOS has many side effects, and can include weight gain, physical altercations (especially of the face), weakness and severe fatigue, and high blood sugar. Anyone taking RAYOS who experiences any of these symptoms should check in with their doctor and make sure that the drug is safe for them to continue to use. In addition to these symptoms, the drug may lead to other complications of the immune system, stomach, mood, bone density, and eyes.

Patients should be especially careful if they have existing conditions, and should not take RAYOS with “live” vaccines or in the first trimester of pregnancy. The most common side effects are unusual mood and behavior, increased appetite, and problems with water retention. Doctors should monitor when a patient is ready to go off of RAYOS, as stopping suddenly can produce unwanted side effects.

Ultimately, as with any medication or treatment, it is up to the individual to be informed and decide that the new medication is worth the inherent risks. Doctor-patient communication is critical in making decisions that are best for the long-term management and treatment of disease, especially of diseases like rheumatoid arthritis, for which there is currently no cure. That being said, the introduction of RAYOS into the US market for treatments is an exciting option for those tired of dealing with the morning stiffness and pain that comes with moderately to severely active rheumatoid arthritis.

How is Rheumatoid Arthritis Diagnosed 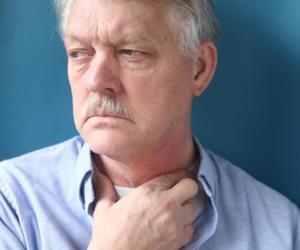 Difficulty Swallowing. Why Is It a Common Symptom in... 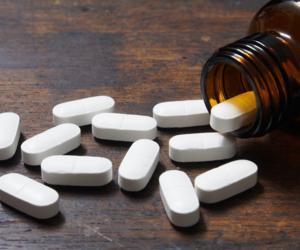 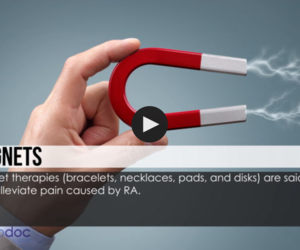 Could my child have juvenile RA?

What Happens When Feet Are Affected by Rheumatoid Arthritis?

Why Is Rheumatoid Arthritis More Common in Women?