An increasing number of research studies are turning their attention to the way that diet affects the brain. Studies on gut flora have linked depression and anxiety to the complex system of microorganisms that live in the gastrointestinal tract. Certain fruits and food groups have been found to promote both gut health and mental health. Anyone who has ingested a pain relief pill or takes regular medication is aware that what goes into the body through the mouth affects the brain, and the food that we eat every day is no exception.

Among the more popular and scientifically-backed diets to arise in the last twenty years is the Mediterranean diet. Researchers began to study the diet of Mediterranean peoples after noting that they were able to live long and healthy lives despite consuming a diet rich in carbohydrates and fats. Studying the Mediterranean diet led to an important discovery into the nature of foods and, more specifically, fats.

Today we classify fats according to their chemical structure. The worst fat groups, or ‘bad’ fats, are made up of long chains of smaller fat groups, essentially delivering difficult to process molecules into the body. The best fats, or the ‘good’ fats as typically found in the Mediterranean diet, are called monounsaturated fats, which is the simplest and easiest compound for the body to break down and use. A general rule of thumb for fat groups is that the more liquid a fat is at room temperature, the less saturated and better for you it is.

When buying olive oil in the grocery store, it is important to know that there are a few different ways that olive oils are graded and categorized. All olive oil comes from the fruit of olive trees, and it doesn’t matter what types of olives are used in harvesting the oil. An olive oil is graded and categorized according to the process by which the oil is extracted, by any additives that are included in the final product, and by the level of oleic acid present in the final product.

The anti-inflammatory properties of extra-virgin olive oil were of particular interest to research teams. One team at the Lewis Katz School of Medicine at Temple University (LKSOM) suspected that the anti-inflammatory properties had a direct impact on some of the classic markers of Alzheimer’s disease. By testing the diets of mice given models of Alzheimer’s disease, they were able to see how extra-virgin olive oil protected against Alzheimer’s and dementia.

Mice display three easily identified markers of Alzheimer’s disease: memory impairment, neurofibrillary tangles, and amyloid plaques. Mice have straightforward learning abilities, and when introduced to the Alzheimer’s model, they become unable to perform learned tasks. Neurofibrillary tangles occur when a certain chemical compound—phosphorylated tau—is present in the brain. These tangles are thought to contribute to brain dysfunction, which can worsen over time.

Amyloid plaques are made up of debris and toxins found between cells in the brain. Like plaque on a tooth, buildup over time can cause problems in problem areas. The body has a process that naturally clears out debris and breaks down toxins, and the same process is responsible for preventing neurofibrillary tangles. This process is called autophagy, and it is suspected Alzheimer’s begins to develop following a reduction or loss of autophagy activation.

In the experiment conducted by the LKSOM team, mice were split into two separate groups. There were no differences between the two groups, and both groups were given the model of Alzheimer’s disease. One group was fed a regular diet, and the second was enriched with extra-virgin olive oil. The mice began these diets when they were six months old, well before the 12-month marker when symptoms of Alzheimer’s are typically in full development.

Between 9 and 12 months, the two groups of mice began to display significant differences. All of the mice were tested on working memory, spatial memory, and learning ability. The mice that had received extra-virgin olive oil significantly outperformed the mice with regular diets. With the results of the tests clearly in favor of the enriched diet, the only thing that remained was understanding the reason behind it.

Samples of brain tissue were taken from both groups of mice and studied. The research team analyzed the appearance of nerve cells and correlated the integrity of the cells to higher function. In the mice that had received extra-virgin olive oil, the integrity of the synapses of the brain was astounding. The synapses were significantly more preserved than the synapses of mice who were not given extra-virgin olive oil.

The brain cells of the mice on the olive oil diet were also shown to have a marked increase in autophagy activation. This provided further evidence to the research team that autophagy activation is one of the more critical factors in whether or not a person’s Alzheimer’s will degenerate into dementia. When the brain is allowed to break down and rid itself of toxins, the synapses and nerve cells function longer and more efficiently.

The next step for the LKSOM research team is introducing the extra-virgin olive oil diet into mice who are already at the 12-month marker, when tangles and plaque have already begun to settle in and cause symptoms. They want to know if olive oil can slow or reverse symptoms of Alzheimer’s. The study on mice currently provides evidence of benefits to those who incorporate olive oil into their diet well before symptoms develop.

If extra-virgin olive oil is proven to have positive benefits even after symptoms have occurred, it may become an additional measure of traditional therapies. More likely than not, the evidence for autophagy’s role in the development of Alzheimer’s may be enough to engage other research teams in searching for a more direct route into treating the disease.

Alzheimer's and Assisted Living: The Considerations... 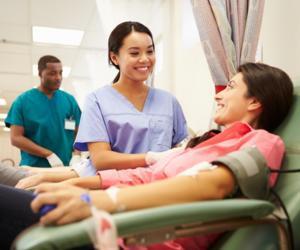 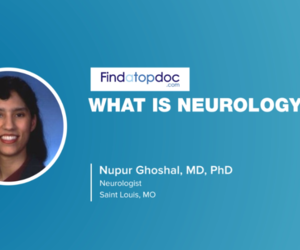 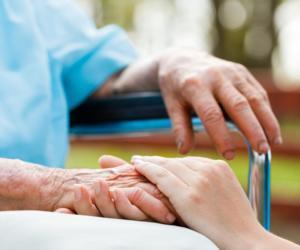 Why Does Alzheimer’s Progress More Rapidly for Some...

My mother was diagnosed with early Alzheimer's and she is becoming increasingly depressed and frightened. Should I take her to see a psychiatrist?