Rheumatoid arthritis (RA) is a common and debilitating medical problem, which can, unfortunately, lead to other conditions. Aside from affecting the joints, RA also affects several systems in the body. We will discuss here the conditions that may trigger the condition, and the health problems it can cause later.

Rheumatoid arthritis is triggered by a problem in the body’s immune system. Instead of protecting the body against foreign invaders, it targets the soft tissues of the joints resulting in pain and immobility. RA often causes extensive damage to the cartilage, which is the smooth and slippery tissue coating the joints, causing significant disability.

I have arthritis with severe pain in my knees. Should...

Conditions that may cause rheumatoid arthritis

Those who smoke face higher chances of having rheumatoid arthritis. How it does so is not yet understood, but it is an observed factor in many patients. Doctors believe that smoking may cause the faulty genes to become activated. There are studies showing that even those who smoked moderately or lightly (less than three cigarettes a day) still face a significant risk.

Smoking is an important factor because it is very common. It also has significant implications when it comes to treatment, as smoking often reduces the effectiveness of the prescribed medications, plus the fact that most smokers hardly exercise.

Certain chemicals such as asbestos and silica can also increase an individual's risk of rheumatoid arthritis. Asbestos, which comes from old buildings and certain factories, may cause problems in the functioning of the immune system. Silica dust comes from factories that make pottery, ceramics, microchips, and glass. Prolonged exposure to such chemical greatly increases one's risk of developing RA.

Note that a significant number of people with rheumatoid arthritis are obese or overweight. Fat deposits in the body are a source of chemicals that can trigger inflammation. The fat cells secrete hormones that cause low-grade inflammation. Therefore, having more fat tissues may result to inflammation right in the joints.

Rheumatoid arthritis is more common in women than men. It also tends to strike between the ages 40-60 years old.

Worsening or untreated rheumatoid arthritis can lead to other serious medical conditions. The most commonly observed complications are dry eyes and mouth as well as the formation of rheumatoid nodules in the skin. Dry eyes and mouth are often caused by Sjogren’s syndrome. Rheumatoid nodules are swellings or lumps that are rarely painful. Patients with RA also tend to accumulate more fat tissues than lean body mass, causing an undesirable rise in body weight and poor body composition.

Patients with RA have higher chances of developing osteoporosis, which is a condition that makes the bones more brittle and prone to fractures. Both RA and osteoporosis affect the bones. The exact mechanism on how RA causes osteoporosis is not well known. Some of the medicines used to treat inflammation caused by RA such as glucocorticoids, often trigger and worsen bone loss. RA makes the joint swell. Therefore, physical activity becomes increasingly difficult, which worsens osteoporosis and increases the risk of fractures.

Patients with RA needs to have a yearly bone density exam to detect osteoporosis and prevent fractures. If osteoporosis becomes evident, the patient still needs to achieve required physical activity levels (no matter how painful) to reduce the likelihood of sustaining fractures.

The medicines used to reduce inflammation caused by the symptoms of rheumatoid arthritis such as steroids can also weaken the immune system. A weak immune system results in an increased risk of infections. If you are taking such medicines, your doctor will ask you to stick to basic precautionary measures such as proper handwashing, avoiding uncooked food, and staying away from crowds. If you still catch colds or something, you will have to go to the doctor for treatment.

Rheumatoid arthritis may cause carpal tunnel syndrome, which is a condition where a nerve inside your wrists becomes sort of "pinched". It happens when the median nerve, which supplies motor function to your thumb and to the middle finger is compressed in the carpal tunnel. RA may cause tendons around the wrist area to swell and compress the median nerve. If not treated, carpal tunnel may remove your ability to use some of your fingers.

Rheumatoid arthritis also affects the lungs and causes various problems. It may block the tiny airways in the lungs (bronchiolitis obliterans), cause the formation of fluid in the lungs (pleural effusion), form lumps in the lungs (nodules), or cause inflammation and scarring (pulmonary fibrosis). These conditions make the lungs less efficient, resulting in shortness of breath that worsens over time.

For some reasons, patients with RA are at a higher risk of having lymphoma, specifically non-Hodgkin’s lymphoma, compared to the rest of the population. Those with an active disease face a higher risk than those whose symptoms are better controlled.

Lymphoma is a cancer that arises from the white blood cells (WBCs) called as lymphocytes. Doctors think that the inflammation caused by RA causes it. Still, only very few patients with RA have or will have lymphoma, so patients should still continue treatment and undergo regular screening tests.

Many patients with rheumatoid arthritis suffer from heart disease over time. Heart disease is a long-observed morbidity of the condition. Rheumatoid arthritis affects the blood vessels supplying blood to the heart’s tissues. The condition also causes the blood vessels to harden and become less flexible, causing a reduced blood flow leading to ischemic heart disease. RA also causes the lining that encloses the heart to become inflamed, swell, and compress the heart itself, making it harder for the heart to pump. Such condition can result in congestive heart failure.

Inflammation may also set into the heart muscles, resulting in swelling. Swollen heart muscles can cause problems in the heart's functioning, making the heart work harder and less efficiently. RA and heart disease tend to increase the risk of death.

To reduce the likelihood of heart disease, patients with RA are urged to adopt a healthy lifestyle and stick to a regular exercise, even if the symptoms of rheumatoid arthritis make it difficult.

Why These Rheumatoid Arthritis Drugs Come with a Price 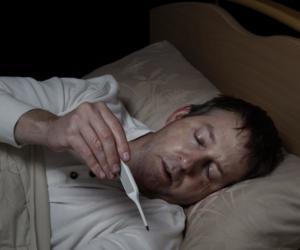 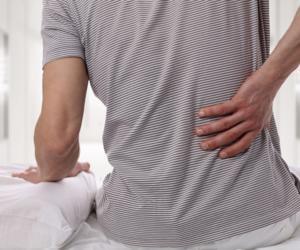 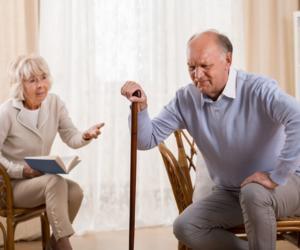 What Therapies Help to Treat Arthritis