Women who are not planning a pregnancy may not realize they are pregnant on week one. Some may not even know it even after week two. The reason is that there are a lot of variables when it comes to women’s monthly cycles, so most women tend to assume that they only have a late menstrual cycle instead of being pregnant.

The obvious symptoms of pregnancy do not usually show during week one. However, some women may experience the following symptoms, which are often mistaken for symptoms of premenstrual syndrome (PMS):

What supplements should a pregnant woman avoid?

A woman’s menstrual cycle usually lasts for about 28 days. However, it can also be as long as 35 days or short as 24. It starts when the ovary releases an egg. The egg moves into the fallopian tube and stays there for 24 hours, waiting for a sperm to start the process of fertilization. This happens about two weeks before a woman’s last menstrual period.

Some women may experience slight bleeding or spotting during the time of implantation. The uterine lining usually gets thicker. The cervix also gets sealed by a mucus plug, which will stay in place until labor begins.

Changes in the Body

No obvious changes are observed during the first week of pregnancy. However, the common signs and symptoms of this stage may include:

Although pregnancy symptoms usually vary from one woman to another, these changes usually become more noticeable after week two.

Major developments or changes in your baby do not occur during the first week of pregnancy aside from the egg being released by the ovary and traveling via the fallopian tube. During this time, you are not actually pregnant because conception still does not happen for about two weeks after your menstrual period ends.

The first week of pregnancy is still included in the pregnancy calendar to help healthcare providers calculate the first day of your last menstrual period. This day is used to calculate your expected due date (EDD).

Over the next 7-10 days, the fertilized egg starts to divide, and during the first week of pregnancy, your “baby” is called a blastocyst. A blastocyst has two parts:

Multiple zygotes are formed if more than one egg is released and fertilized. From each parent, an equal number of chromosomes is obtained with a total of 46 chromosomes. The genetic material in the chromosomes determines the characteristics of the baby, such as height, eye color, skin color, sex, hair color, and other features.

The HCG or human chorionic gonadotropin is a hormone produced during pregnancy. The levels of HCG can be initially detected through a blood test approximately 11 days after conception. A urine pregnancy test can be done after 12-14 days. The levels of HCG are expected to rise every 72 hours and reach its peak during the 8th to 11th week of pregnancy. HCG levels usually decline for the remainder of the pregnancy.

Ultrasound During the First Week of Pregnancy

An ultrasound is done during the first week of pregnancy only when needed. It could be for several purposes, such as:

Information about your last menstrual period is quite important for the doctor to properly evaluate your pregnancy. It is also important to check HCG levels since the risks of ectopic pregnancy and miscarriage during this time are high. These days, ultrasound and chemical assays can easily detect pregnancy even if symptoms of pregnancy still do not show, such as morning sickness.

Ways to Help the Body Ready to Conceive

During the first week of pregnancy, the signs won’t be noticeable right away. Most women usually miss their menstrual period at week four before starting to feel unusual signs and symptoms. Some of the early signs of pregnancy during the first week after fertilization are breast tenderness or soreness, fatigue, nausea, and frequent urination.

Can you bleed like a period in early pregnancy?

What heartburn tablets can you take when pregnant? 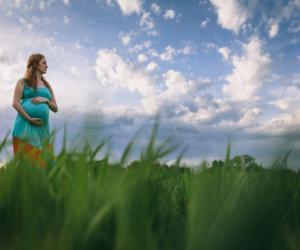 What Are the Signs of Pregnancy?

Could I become pregnant?

Is tooth pain normal during pregnancy?

How soon after unprotected sex can I test for pregnancy?