Chemotherapy has a reputation for its not-so-great side effects. As many people know, chemotherapy is known to cause off target symptoms for most cancer patients such as nausea and vomiting, hair loss, and extreme fatigue. In addition to the symptoms that one may experience during treatment, some of the unintended effects of chemotherapy treatment may persist even after treatment has ended.

These lasting effects are called long-term side effects, and they can last or even occur for the first months or years after treatment has ended. These side effects include higher risks of infections (as the immune system is weakened), persisting fatigue or brain fog, and damage to organs such as the spleen, lungs, and heart. Another unfortunate long-term side effect of chemotherapy that impacts some cancer patients is infertility. 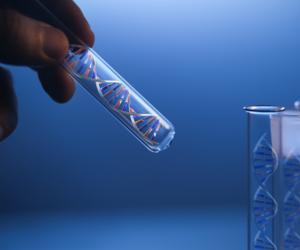 Hope in a Time of Uncertainty

A recent report outlined the story of Lindsay Uphill-Robson and her husband DJ, who recently welcomed daughter Aria in July. Lindsay received the heartbreaking diagnosis of Hodgkin lymphoma, a cancer of the lymphatic system, when she was 14 weeks pregnant with Aria.

Given the risks of carrying a child during cancer treatment, the Uphill-Robsons were unsure whether Lindsay would be able to safely continue with the pregnancy. Ultimately, doctors decided it was safe for the couple to move forward with their pregnancy during Lindsay’s chemotherapy treatment. They were warned that the child may be premature or born smaller than usual for an infant.

In addition to ten rounds of chemotherapy, Lindsay underwent “blood transfusions, a lung drain, baby scans and a biopsy under general anaesthetic,” for her treatment during her pregnancy. All of these could have posed a risk to the baby. However, baby Aria arrived in July, four weeks early but healthy. Aria had jaundice at birth, but this is common for preterm infants even when the mother is not undergoing cancer treatment. After five days of treatment in the hospital for jaundice, the Uphill-Robsons say that Aria is doing just fine.

Lindsay’s case is incredible, but she actually is not alone. Reports of successful pregnancies during chemotherapy treatment date back decades. One study published in New England Journal of Medicine in April 1982 details the case of a woman who gave birth to a normal, healthy baby while undergoing treatment for acute promyelocytic leukemia. Like Lindsay, this woman’s child was born slightly premature- at the 34th week of gestation rather than the typical 40, but healthy.

Another study published in Cancer, the journal of the American Cancer Society, in 1981 outlines a similar story. In this case, the mother was receiving chemotherapy for acute leukemia. She gave birth to a son who was slightly underweight and slightly premature, but the study noted that development of the child was normal at 6 months post-birth.

It certainly isn’t ideal to become pregnant during cancer treatment, but as it begins to affect more women, we’re learning more and more about the outcomes of such pregnancies. It’s important to keep learning more about the potential impacts and outcomes of treatment during pregnancy, especially because typically it is in no way planned. In fact, in many cases (like Lindsay Uphill-Robson), women learn about their cancer diagnosis after they’ve already become pregnant. This is more likely to occur with some cancers than others, such as breast cancer, which affects 1 in 3,000 pregnant women.

Like Lindsay, it isn’t uncommon to receive a diagnosis during pregnancy because women tend to me more alert to their health and more likely to go to a doctor if something seems off with their body. The problem is that many symptoms of cancer, such as headaches and fatigue, bloating, or swelling of the breast, can be attributed to pregnancy. Thus, pregnancy may actually delay a cancer diagnosis if the symptoms are falsely identified as normal pregnancy symptoms.

Once cancer is diagnosed, it will influence treatment decisions. As with all cases of cancer, treatment is never one-size-fits-all. The course chosen will depend on a multitude of factors including the type of cancer, stage of pregnancy, and the patient and her family’s wishes. There are certain treatment options that will be off the table, such as radiation. Radiation is commonly used to effectively treat cancer, but research has shown that it can harm fetuses regardless of the trimester.

Better options for treatment during pregnancy include chemotherapy and and surgery. If possible, the safest option for cancer treatment during pregnancy is a surgery to remove cancerous tumors from the body. This type of treatment poses very little risk to the fetus. However, this option is only available for certain types of cancers at certain stages. It’s more likely that a patient will need to undergo chemotherapy.

Pregnancy During and After Cancer

Infertility will not occur in everyone who has received chemotherapy treatment. There are multiple factors influencing whether or not chemotherapy may lead to infertility, including the patient’s age and the specific chemo drug used for treatment. There are certain chemo drugs that are more or less likely to lead to infertility, so it’s certainly important to discuss the impact chemotherapy may have on fertility with your doctor prior to treatment. Even if you are able to get pregnant soon after treatment, physicians advise against conceiving within six months of concluding treatment because the mature eggs may have been damaged by the chemotherapy. A fertilized, but damaged, egg could lead to a miscarriage or genetic problems for the future child.

Physicians also advise against getting pregnant during treatment. Pregnancy during cancer treatment adds another layer of complications for developing a treatment plan and another concern for patients already under huge amounts of stress. It’s important to note that some methods of treatment are safer than others during pregnancy. For example, radiation should be avoided, but chemotherapy is a safer option. While women should try to avoid getting pregnant while they have cancer, this isn’t always possible, especially since many women are unaware of their diagnosis before becoming pregnant. Though it is possible that treatment will cause birth defects, this is not always the case, and you should not feel hopeless if you’re diagnosed with cancer after becoming pregnant.

If you are diagnosed with cancer during pregnancy, it’s important to remember that all is not lost. Situations such as Lindsay’s should offer hope to women who find themselves in this difficult situation. Though there is always a risk of negative side effects occurring with chemotherapy, regardless of whether or not the patient is pregnant, an increasing number of women are choosing to continue their pregnancy during treatment. Work with your physician to develop the right treatment plan for you, and remember that it’s certainly possible to still deliver a healthy child. 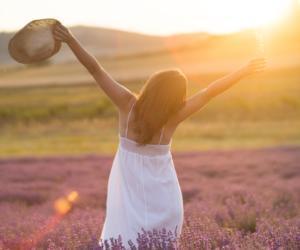 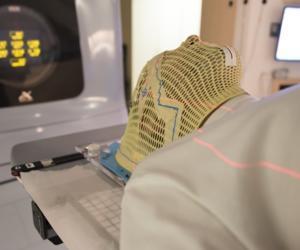