Many families with young adults on the spectrum describe the transition from adolescence to young adulthood as being a lot like learning to fly. Transition into adulthood is a critical period of development and milestones. A healthy transition can set the state for positive outcomes and advantages in the future. Young adults with autism are especially vulnerable during this critical transitional time because of difficulties with social interaction and communication.

The statistics as reported in the 2017 National Autism Indicators Report

More than one-quarter of adults with autism in the United States go without essential services, such as assistance with job placements, healthcare, and transportation, and over half who do receive services lack a paying job. 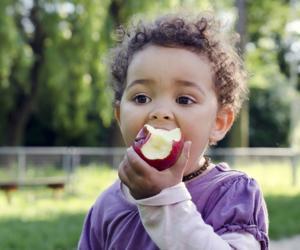 These findings, as well as dozens more, were reported in the 2017 National Autism Indicators Report. The analysis is based on survey responses from individuals with developmental disabilities or autism who receive at least one service.

Anne Roux, the lead researcher on the report and a research scientist at Drexel University in Philadelphia says that there is a large group of people who do not get any service and who are not seeing any positive outcomes because of it.

In between 2014 and 2015, various agencies in 31 different US states sent out a survey to several thousand adults who live with autism or developmental disabilities. Roux and her team of researchers reviewed the responses from nearly 3,520 adults with autism and their caregivers. The sample is extensive but not nationally representative because some of the state agencies refused to participate in the survey.

Results of the survey

The survey found that only 14 percent of the participants hold a regular paid job. Furthermore, those who do work typically hold jobs in cleaning services and maintenance fields. Some of the adults have jobs in businesses that specifically hire disabled workers, and more than half of the adults do unpaid work in this type of setting or volunteer in their community.

An additional 27 percent of respondents don't have any job at all, paid or unpaid. Roux suspects that most of the respondents who don't have jobs are most likely not doing much with their time.

According to the survey, many individuals with autism want a job or activity that keeps them busy. Over half of the unemployed sample stated that they wish they had a job. Roux says that increased job support services from the government could help address this issue.

Why is this happening?

People with autism often have cognitive and social challenges that make it difficult for them to succeed in jobs, according to Shaun Eack, the professor of social work and psychiatry at the University of Pittsburgh. While most people have trouble finding and keeping a job early in their careers, it's even more challenging for individuals with autism or developmental disorders.

About 8 percent of adults with autism live in an institution, 25 percent live in a group home, and 10 percent live on their own. About half of the adults surveyed live with their parent or a family member, but the exact number varies with age. More than 70 percent of young adults with autism live with a relative, and in middle-aged adults, the number is around 21 percent. More than 80 percent of the adults surveyed had lived with a family member for at least five years.

These numbers don't seem to fluctuate much with time. Many people with autism stay with family members or the same job for years, possibly because they do not know about other choices or opportunities that are available to them.

Surprisingly, 91 percent of the adults surveyed said that they are happy with their current living arrangements.

The first Drexel National Autism Indicators Report found that the state in which adults with autism live seems to have an impact on their employment outcomes. The report found that around 40 percent of youth with autism have never had a paid job between school and young adulthood. A number of these youth were unable to connect with employment services after high school. The report took an in-depth look at the most recent data available from the U.S. Vocational Rehabilitation (VR) system, which allocates funding to states for services that help individuals with disabilities prepare for, find, and hold jobs. The report looked at the number of people with autism who received VR services, the exact types of support they received, and the outcomes of receiving the support.

The report found several strong differences between the states in several categories. For example, 88 percent of eligible VR applicants with autism received services in Pennsylvania, compared to only 39 percent in North Dakota. While 79 percent of VR service recipients in Alabama had employment, only 29 percent in New Mexico had employment. The authors of the report seek to understand why differences such as these exist between the states.

These outcomes in employment could be somewhat related to the different types of interventions that people receive. However, interstate gaps as wide as these suggest that there might be other factors influencing employment. Some of these factors might include variations in policies or in the economic environments of different states. By investigating which factors are associated with the better performing states, agencies may be able to make better recommendations that could improve the employment outcomes for young adults with autism.

Drexel author, Anne Roux, says that the agency is excited to begin work to figure out the reasons for the differences across states. Roux and her team want to find out if the more successful states are using policies and programs that other states could implement to improve the employment outcomes for their young adults with autism.

A large, natural experiment is currently under wraps and is about to unfold across the states. Several states are currently implementing new federal legislation (the Workforce Innovation and Opportunity Act), which will require them to spend at least 15 percent of their VR funding on pre-employment transition services primarily aimed at young adults with disabilities. The law will, however, allow a little wiggle room on how the states will deliver these services. The study of factors related to successful employment outcomes could help those states that are underperforming improve their own outcomes.

While some families may have the ability to relocate their loved ones with autism to states with better services, not all families have the resources or interest to do so, and moving the family across state lines should not be the only solution available. The United States has come a long way in securing and protecting the basic rights of those with disabilities, but employment and service gaps still exist. Roux says that the job now lies in understanding which factors are related to employment success before the venture can move forward towards solutions.

The Best Ways to Approach Sports for Children with... 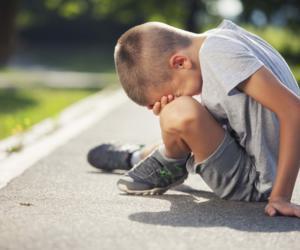 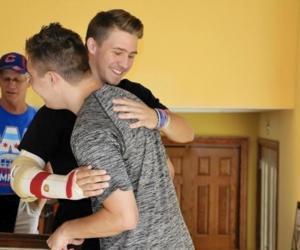 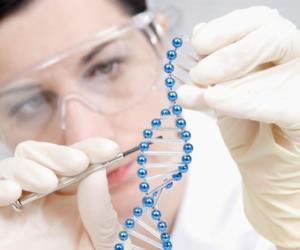 5 Healthcare Professionals You Should Contact If Your Child Has Autism