Researchers have recently found that the simple procedure of inhaling hypertonic saline solution, or HSS, can increase sputum production and improve pathogen identification in children. This breakthrough will act as a benefit to many suffering from cystic fibrosis who are unable to spontaneously expectorate in order to be diagnosed properly. For further information, the study has been published in the journal Lung under the name "Hypertonic Saline as a Useful Tool for Sputum Induction and Pathogen Detection in Cystic Fibrosis."

What is hypertonic saline solution?

HSS is a powerful sterile solution of salt water. For those with cystic fibrosis, or CS, it is inhaled as a nebulized medication. The solution is able to affect sputum production and strength, which is often an issue for children with CS. 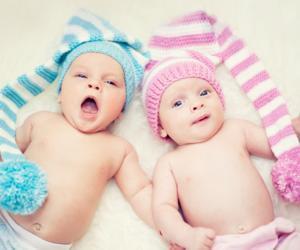 Researchers within this recent study used 7% hypertonic saline solution specifically because a higher concentration of HSS is more likely to precipitate a sputum output.

"Hypertonic Saline as a Useful Tool for Sputum Induction and Pathogen Detection in Cystic Fibrosis" explains the findings of children with CF being assisted drastically by inhaling HSS. After the procedure, the children that were analyzed were better able to produce sputum, and their pathogen identification also depicted enhancement.

Are there side effects?

Inhaling HSS has proven to be safe, and none of the patients within the study experienced side effects. Initially, a few experienced very mild coughing, but even that subsided quickly.

The aim of this study was to attain a more solid grasp on airway secretions in patients with cystic fibrosis and their sputum induction capacity. To do so, researchers behind the study analyzed the number of pathogens from sputum samples in children with cystic fibrosis and compared them before and after they inhaled 7% hypertonic saline solution.

A cross-sectional study was performed on patients with cystic fibrosis who were recruited from a university hospital. Patients were of different genders, ethnicities, ages, CFTR mutations, etc. These 64 patients gave secretion samples by spontaneous expectoration beforehand, and by collection after the HSS administration. If patients were unable to spontaneously expectorate, they were assisted by an induced cough, and the samples were then collected via oropharyngeal swabbing.

The samples were collected in a dry and sterile bottle and the HSS was inhaled by the patients via a facemask. The samples acquired were kept refrigerated at a temperature between two and eight degrees Celsius for any time up to four hours. After this timeframe, these airway secretions were then sent to a lab where they were carefully analyzed for the presence of pathogens.

According to the team's research, when patients inhaled the 7% HSS, sputum production in children with cystic fibrosis skyrocketed from 36% to 52%. These effects were found to be the strongest in children aged 11 or younger.

Not only was sputum production increased after the administration of 7% HSS, but so was pathogen recovery and identification. The specific pathogens were of mucoid and non-mucoid Pseudomanas aeruginosa, which is most often found to be responsible in colonizing cystic fibrosis airways.

However, Pseudomanas aeruginosa is not alone. The researchers from the study explained, "four new pathogens – Aspergillus fumigatus, Achromobacter xylosoxidans, Ochrobactrum anthropi, and Elizabethkingia meningoseptica – were identified in the sputum samples collected from the airways of patients with CF following 7% HSS."

Clearly, due to these results, there is a strong implication that children with CF inhaling 7% HSS is making a large difference in how they are able to be treated, as their sputum counts increase and pathogens become more easily identified.
In short, the researchers explain the results of their work as follows, "increased the number of patients able to expectorate sputum (associated with patient age); enabled better qualitative pathogen identification; allowed improved quantitative identification for mucoid and non-mucus P. aeruginosa; and identified four new pathogens in the collected samples from airways of patients with CF."
Why is this procedure necessary?

Cystic fibrosis patients often accumulate a large amount of mucus, capable of blocking airways and precipitating the thriving of pathogens. When this happens, lung damage and respiratory failure often follow. Therefore, the ability to identify pathogens makes a large difference in the treatment of CF patients. When these pathogens can be recognized and treated early, the life expectancy of patients becomes much higher.

Because life expectancy increases, it is very important that this procedure be accessible to children. It is unsurprising that children find it both cumbersome and difficult to expectorate, so they may be swabbed. Many also believe it is necessary to induce sputum annually in children who do not expectorate in order to analyze whether or not there is a presence of pathogens because, if so, treatment can begin as early as possible to avoid harsher alternatives down the line.

Not only does HSS assist in pathogen identification, but there are further benefits. In patients with CF, inhalation of HSS has shown to alter osmolarity in their airways, which results in heightened ionic hydration and disruption of mucus glycoproteins. These mucus glycoproteins are often responsible for the spreading of airway secretions. Therefore, when the HSS induces this disruption of the mucus glycoproteins, coughing is often forced. This is otherwise nearly impossible, and mucus becomes easier to remove, which changes the environment in the airway positively. When this mucus is removed, the risk of pulmonary exacerbation is drastically decreased, which acts as a great relief to those suffering from cystic fibrosis.

For those who have CF but are unable to spontaneously expectorate, HSS is invaluable because it can cleanse mucus in order for patients to be diagnosed microbiologically.

Using HSS as a tool to better diagnose pathogens in children with CF comes a long way, but there is still more progress to be made. Although the inhalation of 7% HSS helps, research needs to be taken further in order to aid these children in a significant manner.

What other ways are there to identify pathogens?

Bronchoalveolar lavage, or the gold standard method, is also a tool in obtaining airway secretions that allow professionals to identify the pathogens responsible for causing chronic cystic fibrosis. Along with bronchoalveolar lavage and HSS is sputum expectoration and swabbing. While these may each be alternatives to one another, they are sometimes used together, such as when children need to be swabbed.

Why is HSS the best of these methods?

HSS is a cut above the rest because when cystic fibrosis patients inhale it, mucus is cleared which enables researchers to examine samples of sputum, which would be impossible normally as many people with CF cannot spontaneously secrete sputum.

A word from the researchers

The research team from " Hypertonic Saline as a Useful Tool for Sputum Induction and Pathogen Detection in Cystic Fibrosis" explains, “the inhalation of 7% HSS was feasible and should be implemented for routine pathogen detection in the airways of patients with CF, particularly in those patients who do not produce sputum.”

This research can be taken further by being implemented in doctors' offices and clinics. If the administration of this basic procedure becomes easily accessible, it could be of massive assistance to patients who are unable to secrete mucus spontaneously.

Cystic Fibrosis Exacerbations: A Review of the Major...

Everything You Need to Know About Romance When You... 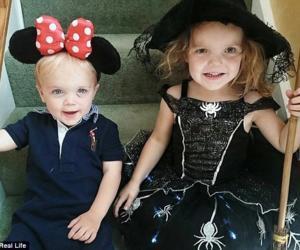 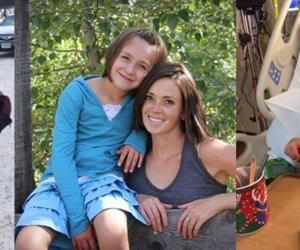 A Mother Shares How She Stays Strong for her Child...

15 Recommendations That Can Improve Life with Cystic Fibrosis

What is Cystic Fibrosis?