This disorder is common among children as a natural defense against traumatic experiences. The various personality states normally have a distinct self-image, temperament, and names. They also assert control that changes the behavior and consciousness of an individual. 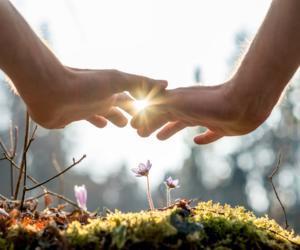 How is psychotherapy involved?

Psychotherapy is usually the recommended treatment for people with multiple personality disorder or any types of dissociative identity disorders. The primary approach will take an individual’s modality and focus on integrating the different personalities into one cohesive personality. The reasons being that the person suffering from the disorder believes that he has multiple personalities, which have their life separate from him but within him.

How does multiple personality disorder affect your life?

It is common to observe that most individuals suffering from DID continue to socialize with other people and functioning normally. However, chronic symptoms of the disorder might lead to difficulties at work, daily activities, and social behavior. As the condition is described as a protective and survival technique, DID will enable some parts of an individual to function healthily in times of stress and dysfunction. Most people with the disorder dissociate to avoid certain situations, people, places, or things that would remind them of their childhood traumatic experience, which brought about the disorder. Having an intense emotion causes one to have a conscious decision to switch to another personality.

This type of disorder has a broad range of symptoms, which often leads to a misdiagnosis. Patients, therefore, get the wrong treatment. Patients have mostly been treated for mental health problems before getting the right diagnosis. In some cases, the condition can be misdiagnosed for up to seven years.

People suffering from multiple personality disorders usually have difficulties in maintaining relationships or keeping their jobs. There is also a high risk of them becoming drug and alcohol dependents as well as inflicting injuries on themselves and to others.

What causes dissociative identity disorder (DID)?

The symptoms resulting from DID are usually the same as those mental and physical issues that may be attributable to substance abuse, post–traumatic stress disorder, or seizure problems. The common symptoms experienced will include:

Since there is no particular test for establishing the presence of the disorder, doctors will conduct a series of mental health interviews to eliminate the possibility of other mental disorders. Individuals with DID may sometimes suffer from other mental related problems, eating disorders, and sexual dysfunction, among others.

Problems associated with DID show a good response to relevant therapeutic treatments. Psychotherapy is usually the primary treatment for DID. From time to time, treatment through medications has been unreliable as they produce unsuccessful results. Having a psychotherapist who understands the problem well is critical in one's treatment process.

Psychotherapy is usually very focused, which may continue for up to years of treatment. Mapping the systems where the various personalities and their purpose can be identified is essential to the process. In some cases, the process might take longer periods of up to twelve years.

What Are the Goals of Therapy?

Cooperation within the system is established so that there is an understanding of the alters, as to when and where they can operate while there is still dissociation. It does not aim to remove the dissociation, but rather coexist and come to a compromise. Thus, a co-consciousness process is created. Here, two or more alters can exist at the same time. Another process created is the co-presence, where the emotions resulting from two alters are present at the same time.

This is where the functional personality is connected to the disjointed one. As a result, the patient does not experience hallucinations, switching, loss of memory and time, or other related symptoms. The process is, however, arduous and long because the therapy will aim to work through the original cause of the trauma experienced during childhood and why the dissociation occurred creating the alters. Integration will teach the patient to learn and acquire new skills that will be used in coping with situations that he or she would have otherwise avoided. A continuous support from the patient's family and counseling are highly recommended after the integration process to prevent a return to the dissociative behavior or regressive splitting.

This is normally recommended for people who choose to continue with their dissociative personality. The patient might decide to integrate only those alters, whom he or she feels are dangerous or self–harming.

This is that period where you will be in a position to relieve your traumatic experiences in an environment that is safe. In the long run, you will learn how to take control of the dissociation process. It can also be used to join and integrate the alters.

EMDR is a psychotherapy approach used to stimulate the brain. As the traumatic experiences of patients with DID are believed to be stored in the brain without being fully processed, an EMDR therapy brings the experiences to mind. The past emotional and physical experiences are re-experienced, which will enable you to have a cognitive insight into your past, analyzing the situation, and eventually learning the ways of coping with stressful experiences or certain behavior. This therapy should, however, be carried out in a safe environment. This type of treatment is very efficient and fruitful. The therapy's goals are achieved and maintained for a longer period of time.

Family therapy teaches the family about the disorder, its causes, symptoms, and the changes that might take effect when the individual is being reintegrated. This type of therapy may in some cases produce negative traumatic experiences of other members of the family, which inhibits the general psychotherapy process.

Medications may sometimes be used to other symptoms associated with DID such as emotional symptoms. However, the medication should be carefully prescribed to avoid making the patient feel like he or she is being controlled, which brings about retraumatization.

Reasons Why You Need Psychotherapy

How is religion dealt with in therapy? 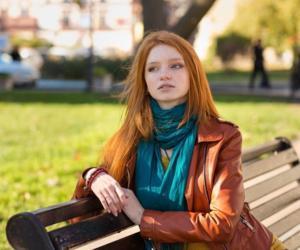 Cognitive Dissonance and How It Works 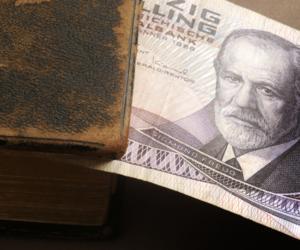 The Effects of Sigmund Freud’s Theories to the Modern...

The Effects of Sigmund Freud’s Theories to the Modern World

Can my psychologist talk to anyone else about me?