Cataracts can be present at birth – which is termed as congenital, and in other cases can develop later in life. Various studies have shown an estimation that one out of every 250 children will develop a cataract either prior to birth or during childhood. While the exact cause is unknown, in many cases they are hereditary. It is only in the recent past that other causes have been found. If the mother was affected with Rubella, or German measles during pregnancy, the child may be born with cataracts in one or both eyes, or may develop cataracts soon after birth

Usually, a human being has an evidently clean, clear lens. If the lens becomes cloudy, then it is considered a cataract. It can make images you see appear blurred as if you are looking through a frosted glass. A congenital cataract is a clouding or blurring of the lens of the eye of the newborn baby that is present at birth. The lens of the eye is normally crystal clear. The main function of the lens is that of focusing the light that comes into the eye from the outside world onto the retina. 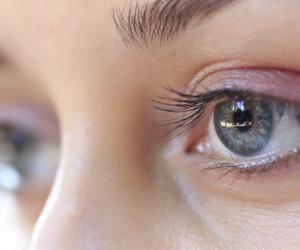 How Long Does It Take To Get A Cataract Removed?

There is a possibility of one having a cataract in one eye which is called unilateral cataract, while if it is in both eyes, it is bilateral. Cataracts can also develop after an eye injury, sometimes years later. Some babies are born with peripheral cataracts or develop them in childhood, often in both eyes. These cataracts may be so small that they do not affect vision.

Children and cataract surgery  - Cataracts clouding the eye's natural lens usually are typically associated with the aging process. But congenital cataracts occur in newborn babies for many reasons that can include inherited tendencies, infection, metabolic problems, diabetes, trauma, inflammation or adverse drug reactions.

If your doctor tells you that your newborn baby has a congenital cataract, this means that the natural lens of the baby’s eye is cloudy instead of clear. Vision could be hampered to the extent that Cataract Surgery may be needed for the removal of your child's cataract.

When Should My Child Have Cataract Surgery?

Opinions vary about when cataract surgery should be performed on an infant, because of concerns about complications.

There are a lot of concerns when it comes to the age at which a child should undergo cataract surgery. For instance, complications may arise including the eyes developing pressure as a secondary cause of glaucoma. This occurs due to damaging of the trabecular meshwork. Safety is also not guaranteed when surgery is carried out on such a young child.

However, there is a need to perform the surgery. The surgery can allow your child to retain clear eyesight and develop normally without complications. The period between three and six months of age is when experts consider the best time for cataract removal in infants.

In case you have a baby with a congenital cataract, it is implored that you consult an eye surgeon who will help you establish the best time for carrying out the surgery. Despite the usual time for infant cataract removal being between 3-6 months, and that even in some cases may not need be removed, always consult an optometrist about your child's unique needs.

After the removal of the cataract, it is important for the eyesight to be corrected. Correction can be done by having a lens implanted through surgery. Contact lens or eyeglasses can be used. If this is not done, poor vision can arise, and the eyesight of your child will not develop as it should.

There is a direct correlation between cataracts and age, being that the older a patient is, the higher their risk for contracting cataracts. However, many factors can be responsible for congenital cataracts in newborns. Some of the reasons may be an infection, trauma, problems of metabolism, reactions to drugs or diabetes.

For example, a study has shown that tetracycline used to treat pregnant women can cause cataracts in babies. If a mother suffers from diseases such as rubella, influenza or the chicken pox among others, can also cause the development of cataracts in their children.

There are different types of congenital cataracts as shown below:

•    Anterior polar cataracts are located in the front part of the lens of the eye. This is commonly thought develop through genetic inheritance. They are too small to for removal.

•    Posterior polar cataracts are fully defined and they occur in the back of the lens of an eye.

•    Nuclear cataracts are common and they occur in the central part of the eye.

•    Cerulean cataracts are commonly found in both eyes of a child. They usually do not cause problems with eyesight, and they are bluish and small.

Prognosis: The prognosis for children with congenital cataracts has improved dramatically over the years since the time it was first recognized that performing a cataract surgery during infancy is critical for positive outcome later I life for the child. There have been specialized eye clinics and doctors who have done exhaustive research in this field and the fact that the technology has improved to a large extent over the years has made the treatment and surgeries possible for both congenital as well as infantile cataract removal procedures.

A detailed study and recording the type of lens opacities is critical for further studies in this field.

What Causes Cataracts, and What Can Be Done to Fix...

What are Cataracts: Get the Facts

My mother is a blood pressure patient. Will this cause... 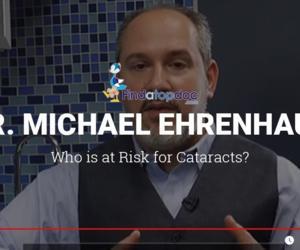 Who is at Risk for Cataracts?

Diagnosing Cataracts: What You Need To Know

Are you put to sleep during cataract surgery?

How Long Does It Take To Get A Cataract Removed?