Measles, also known as rubeola or morbilli, is a very contagious disease that can spread through saliva and mucus of the infected person.

It is a respiratory viral infection which can be deadly especially to children. Immunizations as early as birth can prevent measles in the future.

The most common symptom of the rubeola is the skin rash which can last up to a week.

A person can be infected through droplets that came from sneezing or coughing of the infected person.

As of today, the number of people who have measles is decreasing because of the vaccines, but it can still kill more than 100,000 people usually below 5 years of age per year.

People who are at high risk of getting measles are the babies, pregnant women and people who have a weak immune system or with poor nutrition.

As soon as you suspect that you have measles, contact your physician right away.

Is ECG safe for children?

Have a question aboutMeasles?Ask a doctor now

The symptoms of measles will appear after 14 days of exposure.

The signs and symptoms of measles are: hacking cough which is short dry frequent cough, runny nose or Coryza, watery eyes, fever that may be mild to severe (fever may drop and then rise again depending on the rashes on the body), sneezing, Conjunctivitis that makes your eyelids swollen and inflamed eyes, aches generally all over the body, photophobia which is sensitivity to light, sore throat, Koplik’s spot which is a very small grayish-white spots with bluish-white centers in the mouth, inside of cheeks and throat, and lastly the rash which is reddish-brown spotty that appears within 3-4 days after the initial symptoms.

The rash can last for more than a week. It usually starts in the head, sometimes behind the ear or in the forehead then spreads all over your face.

After a few days, it will spread on your neck down to your torso, then to arms and legs. Measles is highly contagious.

90% of the people who haven’t been vaccinated will most likely get in if they are in the same house or near an infected person. It spread if we have direct contact with virus infected fluid.

The virus multiplies as soon as it enters the body. It will spread all throughout your central nervous system. It takes up to three weeks for the virus to establish itself.

The rash that appears can coincide with high fever up to 40 degrees Celsius. A person who is infected can spread the disease from four days before the rash appears until four days after it does.

A person who had measles before will have a rare chance to be infected again. Since measles is fatal, if you think that your kid has measles, take him to see his doctor so that it can be cured early.

The measles is caused by the infection with the rubeola virus. It lives in the mucus in the nose and throat of the infected person.

You can be infected if you have physical contact with the infected person, if a person with measles sneezes or coughs, the droplets will spread through the air, touching a surface that has the infected droplets which may be contagious for up to two hours, the putting your hands into your mouth or rubbing your nose or eyes.

If you think that your kid has measles contact you doctor right away to receive a diagnosis. But first, write down the things that you need to discuss with the doctor.

First, you can write when did you noticed or suspected that it’s measles and what are the symptoms that you noticed up to the time when you’re going to visit the doctor.

Write down your recent travels, not just out of town but also going to groceries or attending a birthday party at that time.

Check your immunization records if your child has been vaccinated or the supplements that he is taking. Check when you last visited the doctor.

Be ready to ask questions but at the same time answer questions from your doctor. A blood test will confirm if your kid is infected.

In some countries, measles is a notifiable disease which means the doctor will have to notify the authorities as well as the school. An infected person should be hydrated all the time. 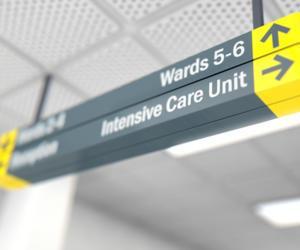 Death and Dying In the ICU: The Chamber of Torture...

When is a disease considered eradicated?

There is no specific treatment for measles. Your doctor will likely suspect that all of the members of the house were infected.

He will probably give vaccines to those who don’t have. If fever occurs, there are over the counter medicines or the doctor will give you prescription drugs depending on your age.

Rest and plenty of fluids will be advised. The infected person should be isolated from others so the disease won’t spread.

Vitamin A supplements will help prevent complications caused by measles.

To prevent measles, you should be vaccinated as early as infancy and the boosters while growing up.

People who have been infected are immune but there are rare cases of re-infection.

For people who have medical conditions that cannot take the vaccine have herd immunity. Their risk of becoming infected is low.

Lifestyle modifications are necessary in order to cope with measles.

Monitor the person who has been infected. Your child may have photophobia, so keeping the room dim or wearing sunglasses may help.

Give him medication for fever. Gently clean his eyes with a warm cloth. Make sure he is hydrated.

Drink plenty of fluids or eat fruits which give fluids. Isolate those who are infected so it will not spread the disease.

Don’t go near people who are infected for your own safety especially babies. Rest a lot.

Measles can lead to serious complications.

Common complications are diarrhea and vomiting which can lead to:

There are also complications in pregnant women which can lead to miscarriage or stillbirth.

Uncommon or rare complications include:

More from FindATopDoc on Measles

Are the measles contagious? 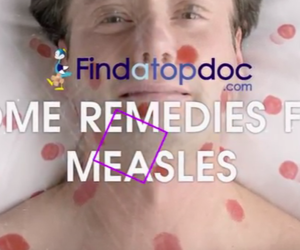 If my son is vaccinated, he won't get measles right?...

Are the measles contagious?

What Are the Causes and Symptoms of the Measles?

When is a disease considered eradicated?

If my son is vaccinated, he won't get measles right?

Is the MMR (Measles, Mumps, Rubella) Vaccine Safe for My Baby?