What is a psychosomatic disorder?

It is a disorder wherein physical symptoms develop due to mental factors. The term "psyche" refers to the word "mind" and "somatic" means the observed physical signs and symptoms of the disease. Every disease has physical and mental components, so most diseases are usually psychosomatic. However, the disorders present in each individual may vary. Physical illnesses such as eczema or psoriasis may bother people leading to depression and other types of sickness. However, it also depends on each person's mentality and temperament.

Sometimes, physical illnesses can be caused by mental conditions. A good example would be an individual with an eating disorder triggered by depression. Diseases such as stomach ulcers, eczema, psoriasis, hypertension, and heart disease are psychosomatic disorders. In one study, it was found that myocardial infarction is directly caused by depression and anxiety. 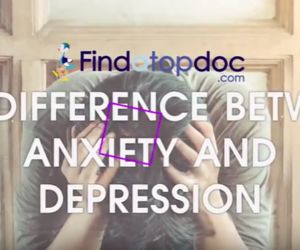 A psychosomatic disorder is an illness that connects the mind and body. In psychosomatic disorders, psychological tension affects the physiological functioning of the body, which may either cause diseases or just worsen preexisting ones. It also improperly stimulates the autonomic nervous system, which regulates the normal functioning of the internal organs.

The physical symptoms can be worsened by mental factors such as stress and anxiety. The severity of the disease is also dependent on a person's current mental status. Psychosomatic disorders are generally classified into three forms:

The following are symptoms of psychosomatic disorders:

It is not yet entirely clear how mental problems such as stress, anxiety, and depression may trigger the physical symptoms. There is still ongoing research to fully understand the link between the psyche and symptoms of a disease. According to some studies, when a person is anxious, stressed, or depressed, the activity of nerve impulses also increases, which could be a contributing factor for the physical symptoms. Sometimes, when you are anxious, physical symptoms are triggered due to the release of adrenaline and epinephrine.

Psychosomatic disorders are divided into seven different types based on its characteristics. Most of the disorders are caused by emotional stress.

How the disorder evolves is not yet known. Mental stress may be one of the causes since it induces hyperactivity of nerve impulses that send signals from the brain to different parts of the body. It may put the body in a state of anxiousness due to the release of adrenaline into the bloodstream. The following factors may also trigger the disorder:

Psychological issues can greatly influence certain medical conditions, which include:

The most challenging part of dealing with psychosomatic disorders is its treatment. Once the physical cause is ruled out, then the next major step is to establish a trusting and supportive relationship between the patient and the doctor.

One of the most important parts of the treatment process is having regular checkups. Individuals with the disorder may be referred to a psychiatrist for a more effective management of their condition. In relieving underlying psychological factors, cognitive behavioral therapy might be effective. A part of this therapy is for patients to learn how to manage stress in a healthy way.

Treatment with medications is helpful if a specific mental disorder such as depression is identified. Despite several efforts of cognitive behavioral therapy, the symptoms of psychosomatic disorders will continue. The aim of treatment is to help people achieve symptomatic relief. However, medications are not always helpful. There are different techniques that can help control the symptoms, which include regular checkups and stress management techniques. Follow the treatment plan that is tailored to your condition.

Easy Steps for Getting Your Head into the Right Space

What Is a Sociopath? Definition, Characteristics, and...

Genes and Environmental Factors Can Influence Your... 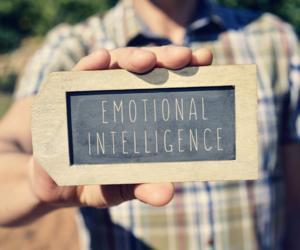 Chapter One, My Home Life, from Carpe Diem - Seize the Day, a Treatise on my Mental Health Experiences

Feeling That You Are Upper Class May Lead to Bad Behavior