Cholesterol is primarily produced in the liver, which makes approximately 1,000 milligrams of cholesterol per day. However, it can also be produced by the cells lining the small intestines and also by each cell present in the body. Abnormally low cholesterol levels would mean that the body is trying to shutdown and needs immediate medical attention.

The term “hypo” means "low" and “lipidemia” means "blood lipid levels", which include cholesterol. Thus, hypolipidemia would mean low levels of cholesterol in the body. Hypolipidemia can also be a sign of being malnourished or when there is too much intake of high-dose cholesterol medications. 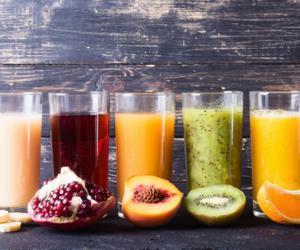 Hypolipidemia is also called as hypolipoproteinemia. Having low levels of cholesterol in the body is often not much of a concern for most people. However, in certain cases, it can lead to serious medical conditions such as cardiovascular diseases. There have been studies, which suggest that abnormally low levels of cholesterol negatively affect an individual's health.

Below are some of the causes that can lead to low levels of cholesterol in the body:

This has been identified as one of the major causes of low cholesterol levels in the body. The thyroid hormone, which has been excessively produced, circulates throughout the entire body and causes a lot of issues, which include abnormally low cholesterol levels, poor concentration, sudden weight loss, profuse sweating, and frequent fatigue.

Even when a person consumes a sufficient amount of nutrients, his body would not be getting the proper and necessary nutrients from the food due to malabsorption in the intestines. It is known to be a chronic condition similar to celiac disease. Due to malabsorption of food, complications may arise including abnormally low levels of cholesterol in the body.

Include fats and organic oils in your daily diet such as nuts, seeds, cold-pressed fats, meat fats, organic butter, and eggs. However, avoid chemically processed fats and oils since they negatively affect your liver and brain. They include canola and vegetable oil, margarine, mayonnaise, peanut butter, and salad dressings.

As much as possible, eat whole foods or organically grown foods to avoid consuming harmful chemicals. When it comes to fish, avoid getting farm-raised fish since they are usually fed an unnatural diet. Choose sardines or Alaska salmon instead. You can also choose other fish that are safe to consume such as tuna, halibut, or salmon.

Low levels of cholesterol are most likely caused by certain changes in the diet as well as the physical condition of the individual. Therefore, to properly treat the condition, modifying one's diet is not enough. Certain blood tests and a mental health evaluation from a doctor can help assess the issues of low cholesterol levels.

Below are various food items that can easily cause hypolipidemia:

When your cholesterol levels are low, consult and talk with your doctor if there are certain things that you should be concerned about.

How long does it take for cervix to close after birth?

How can I help my son gain weight?

Can childhood obesity be triggered because of a hormone...

More from FindATopDoc on Metabolic Disorders

Why is my daughter gaining so much of weight? 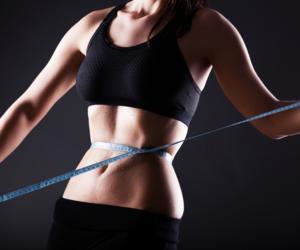 How Can I Improve my Metabolic Rate?

Can childhood obesity be triggered because of a hormone imbalance?

How Can I Improve my Metabolic Rate?