Cory and Traci developed an officer training curriculum designed to teach law enforcement personnel how to respond to individuals with special needs, focusing on autism in particular. Traci, a speech pathologist, knew that many of the incidents could have occurred because of an individual’s inability to properly communicate or respond to a law enforcement officer. Cory knew this could trigger police officer’s existing protocols and cause them to react adversely. 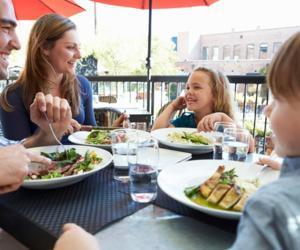 This Program Invites Families Affected by Autism to...

The Sutton’s curriculum focuses on giving law enforcement personnel a working understanding of what autism is, how to identify a person with autism, how to de-escalate situations involving autistic suspects, and how to interview people with autism. After pitching the class to the University of Oklahoma Police Department, the entire department went through the training. This would prove to be only the first step in a much larger campaign of changing the way that law enforcement responds to individuals with special needs.

The primary role of a police officer is to respond to emergency situations, which often involve one or more individuals putting the lives of themselves or others at risk. Every emergency situation is unique, and so is every individual involved in the situation. Police are trained to follow certain protocol in any given emergency situation, but the volatile nature of these situations demands that officers use their best judgement when approaching suspects or persons of interest.

Unfortunately, the existing protocols may not lead to the most positive outcomes for individuals with special needs, like autistic children. At best, a person with autism might be frightened or extremely uncomfortable by police presence and interrogation. At worst, they might say or do something that triggers a police officer, resulting in anything from detainment to physical restraint. These outcomes can cause lasting damage to special needs individuals despite the officers’ best intentions.

Autistic individuals tend to react to emergency situations in several ways which directly challenge police protocols. Firstly, a person with autism generally has an impaired sense of danger, and could place themselves in a dangerous position without realizing imminent threat. These dangers include bodies of water, traffic, or other emergency situations involving the malicious intent of another individual.

Once approached by an officer, the general response of an autistic individual is fear. Some may display curiosity, reaching for an officer’s badge, handcuffs, or even gun. Fear is the more common response, and this can lead autistic individuals to panic, flail, attempt to flee, seize, or engage in repetitive behavior. Milder reactions can include not making eye contact, having sensory perception issues, delayed responses or silence, or not listening to direct commands.

Whenever Cory and Traci take their daughters out in public, they know that there is a chance that their daughters will have a meltdown. Cory says that these meltdowns are sometimes misread by onlookers, which often places Cory and Traci in uncomfortable situations. The Suttons worry that well-meaning bystanders might call the police, leading to an even more uncomfortable situation with law enforcement.

It has not happened as of yet, but the Suttons have plenty of perspective on how the looks of a situation may not lead to favorable outcomes. To an outsider, the situation might appear to be an abduction, or a case of domestic violence. These are exactly the kinds of situations that the Suttons hope to change. Cory says that his goal is for officers to “start to realize or recognize that this person might be on the spectrum.” Such a task requires training and a general awareness of the issue at hand.

Cory teamed up with eastern Oklahoma-based non-profit group Pervasive Parenting Center to offer the class to police officers in the surrounding counties. The class counted towards eight hours of continuing education for law enforcement personnel. The first two hours of training covered a general survey of mental health issues and how they affect individuals. The Suttons gave personal presentations on how each of them approaches special needs individuals. Parents of the surrounding areas were put on a panel so that police officers could ask questions about how the parents would like them to respond if it became necessary.

1 in 68 children are diagnosed with autism, and the numbers have been trending upwards drastically for the last eight years. The Suttons and other families of autistic children feel that this is not something that is going to go away, and groups such as the Pervasive Parenting Center are doing everything that they can to give special needs children the greatest odds in becoming successful, capable, and upstanding citizens over the course of their lives. Still, with the rise of autism and other mental health concerns, training may only be the first step in overcoming a much larger issue.

The Suttons were asked to host a session for the Blanchard Police Department, which is located about 30 miles south of Oklahoma City. The department’s dispatch supervisor, Deanna Mason, had undertaken a special project of her own. She had been working on getting together a registry of all autistic and special needs individuals in the area, which would provide the department with a list of a specific person’s triggers, as well as what they respond well to.

Parents and caregivers were asked to put their special needs child on the registry following an incident in which Mason’s granddaughter wandered away from home. The experience was terrifying, but not unusual for autistic children. Almost half of all autistic children will wander away from home at one point, which can lead to deadly consequences. The registry was designed to give first responders a list of places to look if a child suddenly turned up missing, as well as a list of how to care for the child when found.

Cory sees the value in creating registries for children with autism, but believes that it is ultimately up to first responders to be able to distinguish a special needs individual with an ordinary suspect. He feels that even with the assistance of the registry, a police officer needs to know how to handle any situation that might come their way, including things that the registry could not prepare them for.

He also feels through experience that something that works for an autistic individual in one scenario at one stage of their life might not work for that same individual later in life, or even the next month. For now, a regularly updated registry would certainly provide first responders with critical information about an individual, but the Suttons continue to push for raised awareness of autistic individuals, and for law enforcement that is best equipped to do their job with the best possible outcome.

Books to Help Kids With Autism Navigate Emotions and... 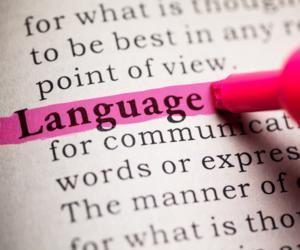 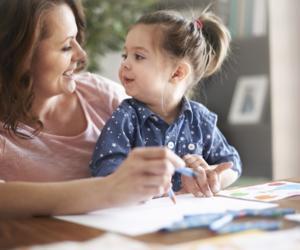 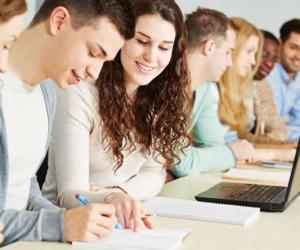