A recent study, published in the journal Science, suggests that an individual’s past history of minor bacterial infections, as in the case of mild food poisoning, could add up a chain of events with age and lead to chronic inflammation and potentially life-threatening colitis (inflammation of the colon).

Food poisoning, also known as foodborne illness, is caused by eating food contaminated with infectious organisms, such as bacteria, parasites, viruses or their toxins. These types of infectious organisms can contaminate food during any point of production – growing, harvesting, processing, storing, shipping or preparing. Contamination can also occur at home if food is not cooked or handled properly. Symptoms of food poisoning depend on the source of the contamination; however, the most common symptoms start within hours of eating the contaminated food and include nausea, vomiting, abdominal pain or diarrhea. 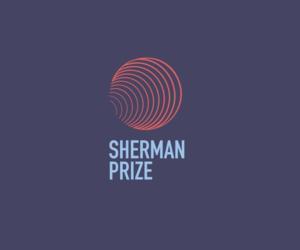 Often times, food poisoning is mild and resolves itself without the need for treatment. It is merely vital to rest and replace lost fluids and electrolytes by drinking plenty of fluids, ensuring fluid intake even if vomiting persists, and gradually starting to eat again. Still, in a few cases, some individuals may need to go to the hospital.

These new findings are based on 8 years of research in identifying the mysterious origins of inflammatory bowel disease (IBD). The study was led by Jamey Marth and included lead author Won Ho Yang, Michael Mahan, Douglas Heithoff, and Peter Aziz from the Sanford Burnham Prebys Medical Discovery Institute (SBP) and UC Santa Barbara’s Center for Nanomedicine (CNM), in collaboration with Victor Nizet at UC San Diego and Markus Sperandio at the Ludwig-Maximilian University in Munich. Together, the researchers aimed to investigate the origin of chronic inflammatory bowel diseases, based on a different hypothesis reflecting on multiple evidences.

Firstly, it became increasingly evident that an individual’s genetic makeup plays a small and limited role in the onset of common inflammatory diseases, such as colitis and IBD. Generally, twins do not both develop IBDs (a small concordance), meaning that unknown environmental factors may impact the origins of the diseases.

Secondly, the researchers noted that other studies had reported seasonal bacterial infections in individuals associated with increased diagnoses of IBD. “Trying to determine the origin of a disease is important as it often indicates more rational and effective preventions and treatments,” said Jamey Marth. The research team then theorized that recurrent low-grade bacterial infections may trigger the onset of chronic inflammation.

They developed a mouse-model of mild human food poisoning, where healthy mice were administered with a very low dose of a common bacterial pathogen, known as Salmonella Typhimurium. This type of bacterial pathogen is widespread throughout the environment, resulting in 93.8 million cases and 155,000 deaths each year. It is a leading cause of human food poisoning and the most common symptoms that it triggers include temporary intestinal discomfort and dysfunction. Since a majority of bacterial infections are not reported, this suggested to the researchers that the number of infections among individuals throughout the course of a lifetime is greatly underestimated.

After administering very low doses of Salmonella in the healthy mice every four weeks for six months, the researchers initially noticed that no significant symptoms or death occurred and all of the Salmonella was successfully eliminated by the mice (the hosts). “This type of study had never been done before and the results were shocking. We observed the onset of a progressive and irreversible inflammatory disease caused by previous infections. That was quite surprising because the pathogen had been easily cleared by the host,” said Won Ho Yang.

By the time of the fourth infection, which occurred months apart from the first, the inflammation had gradually increased and colitis was now present in all of the mice that were studied. To the researchers’ surprise, the disease did not improve in spite of ceasing off on the repeated infections. This, in turn, led them to believe that the damage was already done. “We have discovered an environmental and pathogenic origin of chronic intestinal inflammation in the course of modeling human food poisoning as it occurs repeatedly over the adult lifespan,” said Marth. “Remarkably, Salmonella have figured out a way to disrupt a previously unknown protective mechanism in the gut that normally prevents intestinal inflammation,” he added.

The mechanism was associated with an acquired shortage of intestinal alkaline phosphatase (IAP), which is an enzyme that is produced in the duodenum of the small intestine. IAP is vital because it is responsible for removing phosphates from molecules such as the pro-inflammatory lipopolysaccharide (LPS), which is produced by various bacteria that reside in the colon, transforming LPS from a toxic to a non-toxic state. The infection from the Salmonella in the mice actually increased neuraminidase activity in the small intestine, thereby accelerating the molecular aging and turnover of IAP. This, in turn, resulted in IAP deficiency in the colon. “These findings are of potential great concern to the human population. Food contamination at these low bacterial levels is likely to be more common than we recognize, while symptoms could be nonexistent or mild and disappear in a day or two without treatment,” said Marth. “Repeated over time, we find that such minor infections are sufficient to trigger disease months and perhaps years later, depending upon the number and timing of infections an individual has experienced over his or her lifetime,” he added.

How to boost IAP levels

Fortunately, there exist ways to boost IAP levels and prevent neuraminidase activity. Boosting IAP levels can be done by merely adding the enzyme to drinking water, while preventing neuraminidase activity can be done by using an anti-viral neuraminidase inhibitor – a type of drug used to prevent influenza viral infections. “We found that both treatment approaches were similarly effective at preventing the onset of colitis. In fact, published studies by others have recently reported IAP deficiencies and high neuraminidase levels in IBD patients,” said Michael Mahan. “There is an unexpected additive effect of previous infections in the likelihood of developing colitis. This environmental factor may be responsible for triggering disease among some segments of the human population,” added Marth. Still, it remains unclear as to whether treatment, after the onset of chronic inflammation has developed, would be effective.

Food poisoning proves to be more complicated than it seems

Most individuals believe that food poisoning is merely bouts of vomiting and diarrhea that last a day or two before going away on their own. However, according to the U.S. Centers for Disease Control and Prevention (CDC), over 48 million Americans suffered from a bout of food poisoning in 2011, where 128,000 individuals were hospitalized and 3,000 deaths occurred. These alarming estimates leave out the cases of chronic illness that are brought about after acute food poisoning. Since bacterial infections in humans can be reduced to a large extent by preventing food contamination, it is necessary to focus on identifying and developing new methods for food safety testing. The growth of the global food safety market should be observed and preventing contamination should be made a public health priority. As long as the focus is on food poisoning in its acute form and not on the long-term health consequences, such as potentially life-threatening colitis, the significance of the problem will be underestimated on a global level.
References 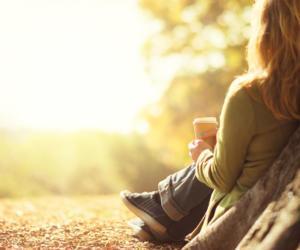 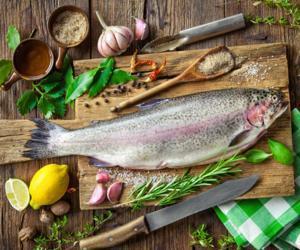 What are the Bacteria that Cause Food Poisoning? 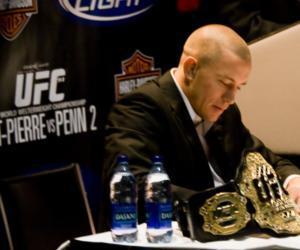 Colitis May Force Georges St-Pierre to Retire from...