1 What is Amyotrophic Lateral Sclerosis?

Progression of the disease is rapid and affects the brain and spinal cord to control voluntary muscles.

This will gradually affect physical functions. When the nerves controlling breathing and vital organs are affected, it may lead to death.

Treatment focuses mainly on reducing damage to motor neurons that control the muscles.

There is no complete cure for the disease, but medications are available to alleviate symptoms and to improve the quality of living.

Early symptoms of Amyotrophic lateral sclerosis are very subtle and is often overlooked.

Some of the common symptoms are:

The symptoms are usually noticed in the hands and legs and these may gradually spread to other parts of the body.

Initially, the patient may feel awkwardness in running and walking. They often stumble or trip while walking.

As the disease progresses, the muscles become weaker.

The actual cause of Amyotrophic lateral sclerosis is not known.

The degeneration of nerve cells that control muscles result in characteristic features of the disease. About 5-10% of the cases are inherited.

Some of the probable causes of ALS include gene mutation, an imbalance of chemicals, and autoimmune responses.

Some forms of ALS are associated with certain gene mutations.

When compared to healthy people, ALS patients have higher levels of the neurotransmitter glutamate.

Higher levels of glutamate in serum and spinal fluid result in the degeneration of neurons.

In some cases, an abnormal immune system attacks the body’s own neurons and this is implied in the development of ALS.

The accumulation of abnormal proteins in the nerve cells lead to death of neurons and ALS.

ALS is more commonly found in the age group of 40-60 years. Heredity is yet another risk factor for this disorder.

Smoking, lead exposure and exposure to certain chemicals, viral infections, intense physical exertion, and trauma are known to also increase the chance of developing this disease.

Amyotrophic lateral sclerosis does not have a definitive diagnosis test. Symptoms of ALS resemble that of many other neurological diseases.

However, tests are recommended to rule out the chances of other disorders that result in similar symptoms.

Why am I having light vaginal bleeding?

How would I know if I have hookworm?

There is no complete cure for Amyotrophic lateral sclerosis and all treatments focus mainly on alleviating the symptoms and to reduce the progression of the disease.

An integrated team of doctors are involved in chalking out and implementing a treatment plan for ALS.

Riluzole is recommended for the treatment of ALS. This drug helps to reduce levels of glutamate in the blood and spinal fluid, reducing the progression of disease.

As the disease progresses, the muscles may gradually become progressively weaker. This results in difficulty breathing.

Breathing devices are used to assist in breathing and mechanical ventilation is suggested when breathing difficulty is severe.

Difficulty walking and other movements is treated with physical therapy. Braces and other equipment help in physical movements.

Occupational therapy is recommended to improve the movement of the arms and hands.

A speech therapist is involved in bringing better clarity to speech.

They also help the patient with other modes of communication like an alphabet board or a tablet.

A nutritional therapist helps in the structure of a better diet.

To ease your Amyotrophic lateral sclerosis symptoms there are several alternative and homeopathic remedies.

Natural supplements are used to support the overall health of the patient.

Vitamin supplements like vitamin C, B complex, and Vitamin E are used to support the muscle and nerve functions of the body.

Acupuncture is another method used to improve physiological functions.

Herbal therapies are suggested to support and improve marrow and spinal cord.

The support of family and friends will help cope with the physical inabilities caused by Amyotrophic lateral sclerosis.

Joining a support group helps to share concerns and to get more information regarding the disease.

Be hopeful and move ahead with positive thoughts.

Some people may need breathing devices to support breathing because respiratory failure may result in death.

Muscle weakness affects the ability to swallow food, resulting in malnutrition and dehydration.

The probability of food getting into the lungs increases and this may also lead to pneumonia.

What are the symptoms of tendonitis in the ankle?

Does gingivitis go away? 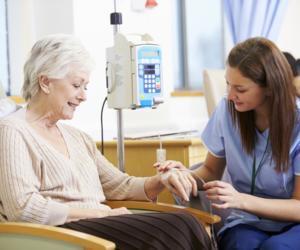