1 What is Absence Seizure?

Absence seizures (known earlier as ‘petit mal’ seizures) are characterized by sudden ‘blank out’ or lapse of awareness of  surroundings. When seizure strikes, the patient stops activities abruptly and stares into space for a short period of time. The blanking out may last only for a few seconds.

The person may not have memory of loss of consciousness that happened when he/she recovers from the seizure. These seizures may or may not be frequent. Some have absence seizure once in a while, while in others it may occur several times in an hour. If seizures are frequent, it may affect the child’s learning abilities.

These seizures are more commonly seen in children in the age group of 4-14 years. Some older teens and adults may also have it. Most of the children outgrow this condition when they get older. Some may develop another type of generalized seizure called tonic-clonic seizure.

Short-term lapse of awareness is the most common symptom of absence seizure. As the ‘blanking out’ stage occurs only for a short period of time, and also resemble day dreaming, this symptom may go unnoticed in many patients. Absence seizures are categorized into two – typical and atypical.

It begins abruptly and last for about 20 seconds before resolving completely. Patients with this seizure may just stare at one location, unresponsive to the surroundings.

Some patients may make movements like chewing, fluttering of eyelids, or rubbing fingers. Once the seizure is through the person return back to the activity with no memory of loss of consciousness.

This seizure begin more slowly and last longer. Some patients may stumble and fall down during seizure. After regaining consciousness, the patient may feel confused for some time. This type of absence seizure may persist in adulthood.

The main cause of a seizure is abnormal electrical activity in the brain. Absence seizures result from repetitive signaling that go over again in three seconds.

The most common cause of the seizure is a genetic predisposition to seizures. Rapid breathing and impaired activity of chemical messengers in brain also cause absence seizures.

The actual reason for the abnormal electrical activity and impairment of neurotransmitters is not known.

In many cases it is found to run in families, but the path of inheritance is not clear. Extended family members also inherit this form of seizure.

Diagnosis often depends on the description of seizure. But in some cases, a description may not be enough to have a confirmatory diagnosis.

Electroencephalogram (EEG) helps to measure the electrical activity and to track abnormalities during seizures. Typical pattern of the brain activity during seizures helps in the identification of absence seizures.

MRI scans are used to rule out the possibility of a stroke or brain tumor. 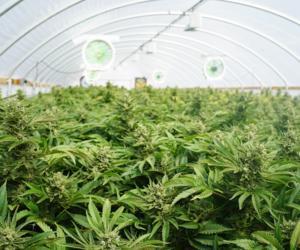 Treatment includes Anti-seizure medications for stabilizing the electrical activity of brain and to prevent seizures.
Low doses are given in the beginning and increased later as per need in the later stages. Some of the common anti-seizure drugs prescribed are ethosuximide, valproic acid, and lamotrigine.
Prognosis is good with medication, with most of the children being able to cease anti-seizure medications by late teenage years. When seizures are controlled, learning and other aspects also get back to normal.
About 70% of the children with absence seizures outgrow the condition by the time they are teenagers. This is particularly true of those children who had an early onset of seizures.

One example of an alternative and homeopathic remedy used for absence seizures is Artemisia vulgaris. Belladona, Zincum, and Hyoscyamus are also prescribed for controlling petit mal seizures.

Some alternative methods for treating this condition include diet with high grade probiotics and omega acids.

Ketogenic diets are also suggested for preventing blanking out. Compounds containing Passiflora and Scuttelaria are used to regulate overstimulation of electrical activity in brain.

There are different ways to adapt your lifestyle in coping with absence seizure.

Since children are most affected by this condition, using bracelets with emergency contact numbers and names of medications may be helpful when seizure strikes at the middle of an activity.

Immediate helpers of children like teachers, and child care workers should be briefed about the disease and the control measures.

Children with absence seizures may have difficulty in concentration and learning. Taking help in learning and other activities will help in smooth transition until they overgrow seizures.

Being a part of support groups helps to get advice and tips on coping with this condition. 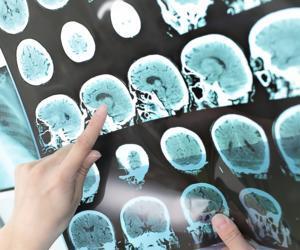 The last 2 times when my daughter had fever she ended up with seizures. Is something wrong?

What Is a Postictal Phase?