Achalasia is a disorder making it difficult for food and liquid to pass through the stomach. The muscular valve between the food tube and the stomach is not relaxed, resulting in food backing up into the esophagus.

It is a rare disorder and is most commonly seen among middle-aged and older adults.

As the condition progresses, people with achalasia may find it more and more difficult in swallowing solid food, leading to severe malnutrition and weight loss.

If diagnosed at an early stage, achalasia can be successfully treated with minimally invasive surgical procedures.

How soon after hip surgery can I take a long car ride?

Have a question aboutAchalasia?Ask a doctor now

Difficulty in swallowing food is the most common symptom of Achalasia. Other noticeable symptoms include:

If regurgitation happens in the night, there are chances that food may be aspirated into the lungs. This is a serious medical condition.

The main causes of Achalasia are:

With the progress of the disease, muscles of food tube also degenerate affecting the movement of the food through the tube. After a period of time the food tube stretches and dilates.

Making a diagnosis of Achalasia is done by several procedures, which include:

What can I do for ingrown hairs?

Treatment for achalasia focuses on reducing the pressure at the sphincter valve of the esophagus, allowing the food to pass through easily.

In surgical treatment, the valve of esophagus is cut which helps in easy passage of food. This is done laparoscopically through a small incision in the abdominal region.

There are several alternative and homeopathic remedies used for Achalasia.

Arsenic album and baptisia are homeopathic remedies used to control heartburn and regurgitation.

Ignatia is used to make swallowing food easier. Asafoetida helps to control the movement of food in the esophagus and to prevent backing up.

There are different ways to adapt your lifestyle in coping with Achalasia and it can be successfully treated, if detected early. In some cases, multiple treatment may be needed.

Dietary modifications for well-balanced nutrition is very important. Diet can be individualized by adjusting the speed of ingesting food, based on difficulty in swallowing.

Stress management is also equally important in coping with the symptoms of this disorder.

There are several risk groups and complications of achalasia.

Achalasia is more commonly found in people above 30 years old, though in rare cases it may occur in children.

This condition is also found to be more common among people with autoimmune disorders.

Some of the possible complications of achalasia include back flow of food into the esophagus from the stomach, breathing food contents into the lungs, and tearing of the esophagus.

More from FindATopDoc on Achalasia

Do gums recede with dentures?

Do I need lifelong physiotherapy for sciatica? 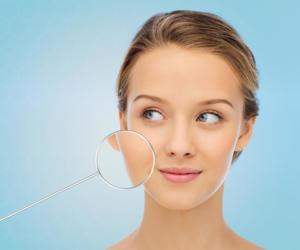 You Can't Stop Getting Older, But You Don't Have To...

What are the 3 types of strokes?

Is a gum graft permanent?

Can anesthesia make you aggressive?

How long do you keep your teeth white with braces?

• Flushing the nasal passages: For thinning and flushing out the mucus out of the nasal passage it is best to go in for saline wash and spray. These saline washes have been researched a lot and are proven to be very much effective hence it should be termed as the first line of homemade remedy for treating issues of sinusitis. It is recommended to go in for daily use of saline solution to ensure that the sinuses are moist. • Bromelain: It is basically a natural form of protein which is found in pineapples and is said to be highly effective for reducing the swellings formed in the nasal passage. Bromelain is also available in the form of a supplement. But before using it, ensure to speak to your doctor since bromelain can interact with any other medications as well and also follow the proper dosing instructions. • Steaming power: With a few drops of eucalyptus and hot water, it can turn out to be an effective method for moistening the sinuses and helping them to loosen out the debris as well as the mucus which are stuck in the nose. Hot vapours of the water are known to moisten the sinuses. A hot steamy bath or a shower would be very much helpful in loosening out the mucus. • Stay hydrated: It is important to keep oneself hydrated at such times. Drink enough of water throughout the day in order to keeping the sinuses moist. By staying hydrated it is known to have a positive impact on the overall health of the individual and not only related to sinuses. You should ensure to drink water at regular intervals throughout the day but also ensure to stay away from drinks such as caffeine or alcohol since it can lead to dehydration. Mostly eight ounces a glass is recommended but again the quantity would defer from person to person. • Consume something spicy: You can look out for consuming certain spicy food items which are mostly hot ones such as hot peppers, curry mustard, wasabi or horseradish for help in clearing out the sinuses. • Apple cider vinegar: Consuming a solution of at least two to three tablespoons of raw apple cider vinegar along with hot water is known to help in thinning out the congestion caused due to the excess mucus. You can also mix honey and lemon for better taste. This is considered to be a wonderful ingredient available naturally along with a lot of health benefits. • Oregano oil: This oil is known to contain some excellent antiviral, antibiotic as well as antifungal properties due to which it is termed as one of the most effective form of natural remedies in helping to fight the cold sores, fungus present in the nail and dandruff. • Extract of grapefruit seed: The grapefruit seed powder is considered as a natural form of antibiotic. It helps in clearing out the mucus as well as shields or protects the sinuses tissues which have been irritated or are weakened due to the microbial contaminants. • Ginger and turmeric powder: The turmeric root when it is mixed along with the ginger root is considered to help in loosening out the mucus present in those blocked nasal passages and also helps in reducing the pressure of sinus. Turmeric is considered to be a wonderful as well as fragrant spice most in India. It has a lot of anti-inflammatory properties and is also rich in antioxidants. When turmeric is combined with the ginger root and brewed together in hot tea then it would turn out to be a great combination since it can help to relax the sinus pressure and may also make you feel better instantly. • Rinsing with salt water: For irrigation of the nasal cavity one can make use of the sinus pot or the neti pot so that any kind of unwanted mucus or any other form of inhaled particles which are present in the nasal cavity can be cleared out. This is termed to be very much effective for providing relief from nasal congestion as well as any irritation. It helps to gently flush out the nasal passages with the help of saline water or solution. It helps to soothe the sinus and also would flush out any bacteria or virus.Natural Remedies for Sinusitis