Intussusception is the telescoping of one segment of intestine into another adjacent distal ("downstream") segment of the intestine. It comes from the Latin "intus", within + "suscipere", to receive = to receive within).

Intussusception is the most common cause of intestinal obstruction in children between 3 months and five years of age. It is extremely rare in children under 3 months of age or in older children and adults.

During intussusception, a segment of bowel (intussusceptum) telescopes into a more distal segment (intussuscipiens), and drags the associated mesentery, vessels, and nerves with it. This results in compression of the veins, followed by swelling of the region leading to obstruction and a subsequent decrease in blood flow to the affected part of the intestine. Most cases affect the ileocolic region of the intestine (where the small intestine meets the large intestine).

How long does an ankle injury take to heal?

Signs and symptoms of intussusception include:

It is usually of sudden onset, and may be more insidious in the older child.

The causes of intussusception may vary depending on its type.

Adult causes of intussusception include:

Your child's physician will obtain a medical history and perform a physical examination to make a diagnosis of intussusception. Imaging studies are also done to examine the abdominal organs.

Plain abdominal X-rays are not usually helpful but may show a soft tissue mass ± bowel obstruction.

Useful in colonic or ileo-colic intussusception with 'cup-shaped' filling defect. Barium has been gold standard (crescent sign, filling defect) but air and water-soluble double-contrast now available; each has pros and cons - the choice is left to the individual radiologist.

May show a 'doughnut' or 'bull's-eye' sign when the intussusception is seen transversely, or 'pseudo-kidney' or 'hayfork' sign in longitudinal section.

CT is the most effective and accurate diagnostic technique

CT scans may show a 'target lesion' in the distal ileum or ascending colon. It is common to see a target-shaped mass with the oedematous intussuscipiens, surrounding which is the intussusceptum (similar to ultrasonography). CT scanning is probably the imaging modality of choice.

Is it ok to wear reading glasses all the time?

Treatment of intussusception typically happens as a medical emergency.

The accepted methods of management in adults include:

There are no guidelines for preventing intussusception because the cause is unknown.

Talk to your doctor about avoiding vaccines that may cause a recurrence.

Complications associated with intussusception, which rarely occur when the diagnosis is prompt, include the following:

More from FindATopDoc on Intestinal Obstruction

My son is displaying traits of kleptomania. He's young,... 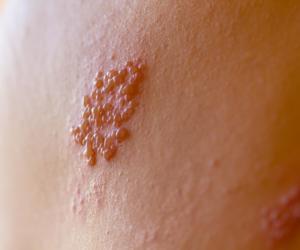 How long is the recovery time for tooth extraction?

I have to undergo an abdominal surgery to remove blockages from my large intestine. What will recovery be like?