Irritability or irritable mood is defined as a condition in which a person is easily annoyed and provoked to anger. Irritability is a part of many mental disorders as mentioned in Diagnostic and Statistical Manual of Mental Disorders.

It is a common feature in major depressive disorders. With irritable mood, one becomes frustrated and upset with seemingly simple situations. The person may feel irritable under stress, and it may also be a symptom of a mental or physical condition.

Irritability leads to anger, and irritable people are often frustrated with others. The irritability may also be directed to unrelated individuals and situations when associated with other conditions like depression, anxiety, or stress.

People tend to avoid those who are irritable and this may affect relationships. Coping with irritability leads to stress, and this is particularly true of people who do not direct the irritability on others.

Some of the symptoms that accompany irritability are:

Stress, anxiety, depression, bipolar disorder, schizophrenia, and autism are the psychological problems commonly associated with irritability. Many medical conditions are known to cause irritable mood.

This includes menopause, premenstrual syndrome (PMS), polycystic ovary syndrome (PCOS), hyperthyroidism, and diabetes. Certain medications cause irritability as one of the side effects. Drug use, alcoholism, nicotine, and caffeine withdrawal also may result in an irritable mood. Most of the people feel irritable without adequate sleep or rest.

Lifestyle habits including sleeping pattern and alcohol use are also noted. Sources of stress are also analyzed. Other tests and investigations are recommended on the basis of medical history and the suspected cause of the symptom.

Blood and urine analyses are recommended in some cases. Hormonal imbalance is checked by measuring their levels in the blood. Diabetes is measured by checking the levels of glucose in blood and urine.

Treatment is based on the specific diagnosis or suspected cause of the condition. Addressing the underlying cause is the best treatment method for irritable mood. Prescription medications are used in some cases to control the mood of the patient.

A combination of psychotherapy, or talk therapy, and medication is the most commonly used method to control irritability. This is usually recommended for irritability caused by withdrawal symptoms.

Antibiotics and other medications are used to control infections. Many lifestyle changes are also used to control mood changes. A healthy diet, exercise, good sleep habits and relaxation techniques help in controlling the condition.

How to deal with the anxiety of getting cancer?

Irritability or irritable mood is caused by many physical and psychological factors. Certain medications, withdrawal, and lifestyle habits are also known to cause irritability.

Some of the common psychiatric causes of irritability include:

Anxiety disorder – irritability is a symptom of a variety of disorders like anxiety disorder, where it is often described as the patient ‘often loses temper’ and is ‘easily annoyed by others’. The irritable mood is one of the characteristics associated with generalized anxiety disorder. It is characterized by other symptoms like chronic worrying, restlessness, and fatigue.

Stress – stressful situations in life may cause temporary irritability in people. In some people stress may cause chronic irritability, affecting the quality of life. Poor stress management skills may also result in chronic stress. When stress levels are persistently higher, it may tax the emotional resources of the body making everyday activities very frustrating.

Bipolar disorder – many studies report irritability as one of the symptoms of bipolar disorder. An episode of mania in bipolar disorder have a period of elevated irritability which may last for a week or so. These patients may have decreased sleep, difficulty in concentration, agitation and excessive involvement in activities that are enjoyable to them.

Delusional disorder – this is a disorder characterized by the inability of the person to differentiate reality from fantasy. Common symptoms of this disorder include mood swings, irritability, and hallucinations or delusions.

Depression – irritability is a feature that has been recognized as a mood state associated with depression in people.

The drug, alcohol, and tobacco withdrawal – mood swings and irritability are most common symptoms of post-acute withdrawal stage (PAWS). PAWS is the second stage of withdrawal, characterized by emotional and psychological symptoms.

Premenstrual dysphoric disorder – it is a severe form of premenstrual syndrome in which irritability, anxiety, and difficulty in concentration are the most common symptoms.

Schizoid personality disorder – this disorder is characterized by difficulty in forming relationships and discomfort in being around people. They often have irritability as one of the common symptoms of the disease.

Schizophrenia – one of the diagnostic criteria of schizophrenia is the dysphoric mood, characterized by depression, anxiety, and irritability.

Review of medical history and physical examination are very important in the diagnosis of irritability.

Diagnosis or the underlying cause of the mood may be based on responses to certain questions including:

More information on lifestyle habits and sleep pattern may provide important clues to the possible cause of irritability. Further tests and investigations are based on the suspected cause of the condition.

This includes blood tests and urine analysis for identifying the underlying medical condition that may result in irritability. For example, blood glucose level may indicate diabetes, one of the causes of this symptom.

If any of the current medications is the cause of irritability, it may stop or changed based on the recommendation of the doctor. Checking for hormonal levels in the blood helps to identify the hormonal imbalance that leads to the irritable mood in the person. If a mental disorder is suspected, the person may be directed to a mental health professional for further evaluation.

In most of the cases, irritability can be avoided by self-awareness. Being aware of the emotions helps a person to stop irritability when the situation triggers it or becomes unavoidable.

Gaining a control over one's emotions help to reduce the frequency of being irritable. Understanding the symptoms of irritability including muscle tension, sweating, and shallow breathing often helps in controlling the feeling.

Exercising and avoiding interactions at a time when irritability is triggered is also helpful. Laughter is found to be a good relaxation technique to avoid stress and irritability.

Therapy or treatment of irritability depends on the underlying cause of the symptom. Identifying the mental condition that caused irritability, addressing it and developing coping skills help in controlling irritable mood. Cognitive behavioral techniques are often used to reduce irritability.

This method helps to reframe the thoughts, and also in improving behavior. This therapy may help in identifying the unconsciously felt anger or grief that lead to irritability. It also helps to treat this underlying cause, relieving irritability and anxiety.

Stress-reduction techniques including meditation and relaxation methods are also good therapy for irritable mood. Mental disorders that cause irritable mood is treated using medications and psychotherapy to control the symptoms. The combination of talk therapy and medications is useful in relieving irritability caused by substance withdrawal.

Treatment of the underlying medical condition that causes irritability helps to control the symptom. Hormonal imbalance that leads to irritable mood is treated by hormone replacement therapy, wherever possible.

If infection leads to irritability, treating infection using antibiotics may be recommended. Once the infection is resolved, the symptom also may resolve simultaneously. Lifestyle changes are also important in relieving irritability.

Adjusting diet, exercise, sleep habits, and stress are some of the lifestyle modifications that will be of help in controlling irritability. A healthy diet, regular exercise, good sleep routine and practices and effective stress management are very useful in reducing irritating mood. 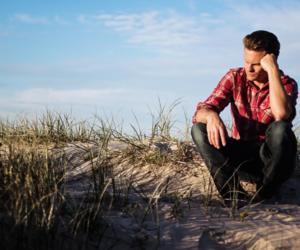 My son has been having bad headaches. His neurologist...

Why is my toothache worse at night?

How to help a young adult who is addicted to meth?

Are there any safe home remedies to treat toothache?