1 What is Whooping Cough?

A highly contagious respiratory tract infection is called whooping cough or pertussis. It is marked by a severe hacking cough that is followed by a high-pitched intake of breath that sound like a whoop.

This is considered as a childhood disease before the vaccine was developed but now it affects teenagers and adults who have low immunity as well as young children to who hve not completed their full vaccinations.

There are deaths that are related to whooping cough but are rare but most common in infants.

It is important for people who have a close contact with an infant and to pregnant women to have a whooping cough vaccination.

Can I have deworming tablets to keep my colon clean?

It takes about 7 to 10 days for symptoms and signs to appear but sometimes it can take longer once you become infected with whooping cough.

It is similar with a common cold:

It is mild at first then it will worsen after a week or two. There will be uncontrollable coughing due to thick mucus that accumulated inside your airways and this might:

In some cases infants may not cough at all but will struggle to breathe and may even stop breathing or adults will only have one symptom like a persistent hacking.

If you have a prolonged coughing or your vomit, turn blue or red or struggling with breathing, consult your doctor right away.

The cause of whooping cough is bacteria. Small germ-laden droplets are sprayed into the air and breathed in to the lungs of anyone in contact when an infected person coughs or sneezes, spreading the germs.

Some of the questions that your doctor may ask you include:

Your doctor will first conduct a physical exam by using a stethoscope to listen to your lungs. Mostly it is hard to diagnose whopping cough at an early stage because it might be similar to other common respiratory illnesses like flu, cold or bronchitis.

Some tests that can be done to confirm the diagnosis are:

Why does a tooth need a root canal?

Do hospice patients feel pain, or sedated from it?

Whooping cough is dangerous for an infant that is why they will likely be hospitalized for treatment.

To prevent infection from spreading, a child will be isolated from others and intravenous fluids will be necessary if a child cannot keep down foods or fluids.

But for children and adults, they can have treatments in their home. Antibiotics might be recommended to speed your recovery and to kill the bacteria but over the counter medicines for cough will only have small effect on whooping cough.

Pertussis vaccine that is mostly given in combination with vaccines against two other diseases (tetanus and diphtheria) is the best way to prevent a whooping cough.

It is best to be vaccinated during infancy and is consist of a series of 5 injections given to kids at these ages (2 months, 4 months, 6 months, 15-18 months, 4-6 years old).

The side effects of the vaccine may be mild and might include:

Doctors recommend a booster shot at age 11 because immunity from the pertussis vaccine will wane on that age and to protect you from getting whooping cough, tetanus and diphtheria.

For adult, there is the every-10-year tetanus and diphtheria vaccine that may protect you from whooping cough and to reduce the risk of you transmitting and infecting infants.

Even pregnant women should receive the vaccine between 27 and 36 weeks of gestation and may give protection during the first few months to the infants.

Some of the alternative remedies for relieving the symptoms of whooping cough include:

Follow some of these lifestyle tips in order to cope with whooping cough:

There are several risks and complications associated with whooping cough.

The two main reasons for whooping cough are the vaccine wears off, during an outbreak you are susceptible to this infection.

Until kids have received at least three shots, leaving those 6 months and younger at great risk of being infected they are not yet fully immune to whooping cough.

Some adults and teenagers will recover from it with no problem but when complications occur, it is the side effects of a strenuous coughing such as:

Complications in infants are more severs especially below 6 months old and this includes:

This can be fatal to infants especially those who are under 6 months old.

More from FindATopDoc on Whooping Cough

What are the symptoms of a blood clot? 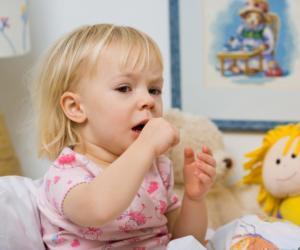 Does My Child have Whooping Cough?

My daughter is having whooping cought. Could it be...

My daughter is having whooping cought. Could it be due to passive smoke?

Does the Pertussis Vaccine Have Any Contraindications and Side Effects?

Is there any way to prevent whooping cough from spreading?

Should my daughter take an antibiotic for whooping cough?

Does My Child have Whooping Cough?