You might feel thirsty, but that could be dehydration. Dehydration means that your body loses more fluids than it takes in, causing undesirable effects on the body.

Our bodies are approximately 70% water, and it does important functions such as cooling the body, lubricating joints, a medium to help the body absorb shocks, and as a solvent to transport nutrients and waste (urine).

Our bodies constantly lose water as we expel sweat and urine, but sometimes it loses more during certain conditions. If your body lost more water than it takes from drinks or food, you have dehydration.

Our bodies are actually very sensitive to water levels. Once water levels are down, many things go wrong. Our cognition is first affected, as the brain receives much of the blood from the body and dehydration cause reduced blood circulation.

Next, the body activates the thirst reflex to make you thirsty to increase your likelihood of hydration. This means that you are already dehydrated before you feel thirsty. If we still did not drink enough water, the body begins to prioritize circulation to vital organs, so worse dehydration symptoms appear.

Signs and symptoms of dehydration include dryness or sticky mouth, sleepiness, tiredness, reduced urine output, headache, constipation, and thirst. In children, dehydration cause unusual sleepiness, not having wet diapers for two to three hours, and dry skin.

You can get dehydration from various causes. Simply not drinking enough fluids while exercising or performing strenuous physical activities can make you dehydrated.

In other cases, dehydration has causes that are more sinister. Diarrhea can cause dehydration, especially if it goes for days. Diarrhea can be caused by food poisoning, infection of the digestive tract, or poisoning.

Diarrhea contains significant quantities of water that could have been used by the body. The same thing goes on repeated vomiting. Uncontrolled urination, as caused by certain conditions such as diabetes, diabetes insipidus, or overuse of water pills, can also cause dehydration.

You should know that dehydration kills in several ways. Extreme dehydration can lower blood volume, so less blood flows into your organs. Loss of blood can result that is damaging to organs especially the brain and the kidneys.

Dehydration can also cause an imbalance of electrolytes, which can literally stop your heartbeat. Extreme dehydration causes coma and eventually death.

This explains why you will hear people dying from food poisoning or diarrhea. Dehydration caused by these problems can easily kill children, elderly, pregnant mothers, and those who are sick.

Deaths due to dehydration is a serious problem in third world countries where the majority of populations have poor access to health facilities and knowledge. Dehydration is very easy to treat in its early stages, and prompt intervention saves lives.

Diagnosing dehydration is very easy because symptoms are noticeable. Everyone should be familiar with symptoms of dehydration, especially in prone populations such as children, babies, and elderly. Early diagnosis makes way to early intervention to prevent the onset of very serious complications.

Treating dehydration is simple. Drinking more fluids can alleviate dehydration. Sometimes, fluids have to be given by injecting into the veins to rapidly hydrate the body.

My father is 84 years old and bedridden. He is having...

You can get dehydrated from various causes. The most common cause of dehydration is not drinking enough fluids.

We need to drink often when we sweat too much, exercise or do strenuous physical activities such as hiking, marathon runs, going through obstacle courses, playing sports, or doing construction jobs.

Working or residing in very hot or dry places, such as in desert climates, engine rooms, generator units, or in enclosed spaces can also cause dehydration.

Another common cause of dehydration is drinking too much alcohol. Alcohol is an effective water pill, which explains why drinkers have to go to the bathroom every now and then. Binge drinking can easily make you dehydrated, and intoxication makes it worse as drinkers are not inclined to drink water.

Having fever can also make you dehydrated. Elevated body temperature speeds up water loss. If you have a fever with diarrhea and vomiting, you are at high risk of having dehydration.

Having diarrhea is an important cause of dehydration. Diarrhea can be a symptom of food poisoning, infection of the gastrointestinal tract, parasitism, or as a side effect of certain medications.

When you have diarrhea, your body flushes out the digestive tract with significant quantities of water. Repeated diarrhea occurring in short amount of time makes your body lose tremendous amounts of water and electrolytes.

Dehydration is the reason why you feel weak after several bouts of diarrhea. Dehydration caused by diarrhea can remove so much water from the body that it can cause shock and death, especially in children, the very sick, and elderly.

Another cause of dehydration is having very serious skin injuries that involve large areas of the skin. The skin is a tough covering that cuts water losses. Burns, accidents, sores, severe skin diseases or infections involving large areas of the skin can allow water in tissues to evaporate, accelerating water losses in the body that cause dehydration.

Having conditions that cause uncontrolled urination can make you dehydrated. Urine is formed in the kidneys and it contains a lot of water, salt, and other minerals. If you produce too much urine, you lose plenty of water and electrolytes. Conditions that cause uncontrolled urination include undiagnosed diabetes, diabetes insipidus, or overuse of diuretics (water pills).

The most vulnerable to dehydration are babies, the very weak, ill, disabled or in various stages of unconsciousness (like coma). They cannot drink fluids and prevent dehydration.

Dehydration is fairly easy to diagnose. You can observe the symptoms by yourself. Doctors can easily diagnose dehydration in adults, babies, and small children by looking for signs and symptoms.

Electrolytes are important to the function of the muscles of the heart, skeletal muscles, and the brain. Blood tests also check if your kidneys sustained damage due to dehydration. Urinalysis is a lab test that analyzes your urine, and it immediately detects if you are dehydrated.

To treat dehydration, you have to replace water losses. For moderate to severe dehydration, timely treatment may help reduce the risk of death.

The initial treatment for dehydration is to drink fluids. For those with moderate to severe dehydration, they must drink oral rehydrating solution (ORS), a specially-prepared drink containing necessary electrolytes.

Fluids such as Pedialyte are ORS. You can prepare ORS at home by dissolving 6 tablespoons sugar and half teaspoon salt in one-liter water that has been previously boiled and cooled.

ORS should be given to adults or small children with diarrhea, fever, or with clear signs of dehydration. The goal is to give ORS large quantities as possible, so instruct the adult or children to have small and frequent sips. ORS is the first-line treatment for individuals with dehydration that are able to drink.

If the patient is unable to drink water, your doctor will consider infusing fluids through your veins using an intravenous set. IV fluids put fluid directly into your circulatory system, and it alleviates dehydration quickly.

If the cause is hot environments, the patient is given fluids and moved to the cooler place.

After the patient has been rehydrated and fluid levels restored to normal levels, the next focus is to treat the source of dehydration. If the cause is infections such as rotavirus, salmonella, or other types of bacteria or viruses, these are treated with antibiotics, antivirals, and supportive measures.

For repeated vomiting, the doctor may give anti-emetics and perform imaging studies on the abdomen to check for any diseases or obstructions. Acetaminophen is given to relieve fever.

Breaks or infections involving large areas of the skin require intensive workup. This may require surgery to remove damaged skin and skin grafts to cover exposed tissues. Uncontrolled urination that causes dehydration should be thoroughly investigated, so the doctor may order lab tests to diagnose diabetes or diabetes insipidus.

Although dehydration can cause death, serious complications can be prevented entirely by a quick assessment of symptoms and prompt treatment with ORS or IV fluids.

Obviously, you can easily prevent dehydration by drinking an adequate amount of fluids, especially during exercise or when staying in hot environments. Most causes of dehydration can be easily diagnosed and treated. 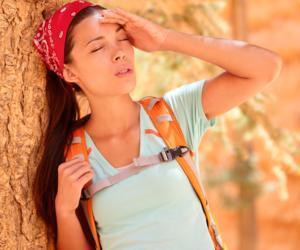 How can I quickly recover from typhoid? 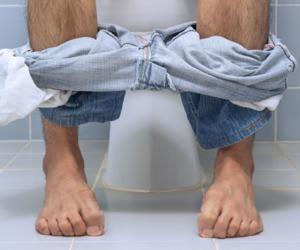 Can an infection be causing recurrent fever?

Why is there swelling on my foot?

Is diarrhea and pain after a surgery normal?

What are the signs of dehydration in a newborn?

When does a fever become dangerous?

What can I give my child to gain strength during loose motions?

Is my surgical wound infected?

What Is Pyrexia: Causes, Symptoms, and Treatment