A study published in the journal Circulation: Heart Failure, has shown that continuous use of anabolic steroids may weaken the heart. To add to the woes, researchers are not clear whether this change is a reversible one. In this study, weight lifters who took steroids regularly had impaired heart function when compared to weight lifters who did not use steroids.

Aaron L. Baggish, MD, study researcher from Harvard Medical School and Massachusetts General Hospital, reported that prolonged use of anabolic steroids weakens the heart more than what was thought. This may have implications in public health as the use of this steroid is not restricted only to few elite athletes. Baggish says that the use of steroids is very common in fighting sports including boxing and mixed martial arts other than weight lifting. Anabolic steroids help to build muscles and are synthetic drugs that mimic the male sex hormone. Use of steroid by the general public was not very popular in the 1980s or 1990s.

In this study, Baggish and colleagues conducted heart functioning tests on 12 weight lifters who use steroids, and seven lifters who did not use steroids. Participants who were steroid users reported that they have been using this drug for an average of nine years. The two groups of participants were similar with respect to duration of weight lifting, level of physical activity, and weight, but the muscle mass was more in users than in non-users. Blood flow through the heart was measured using Doppler echocardiography.

Even though the study was a pilot research, as the findings were very striking, the results were published in the latest issue of the American Heart Association journal. Researchers add that they are not clear whether the situation can be reversed by stopping the use of steroids. According to Baggish, this might make the physicians aware that anabolic steroid use may be the reason for left ventricular dysfunction in young people who are otherwise healthy.

San Francisco cardiologist Ann F. Bolger, MD, professor of clinical medicine at the University of California, San Francisco, and a spokeswoman for the American Heart Association says that the findings should be confirmed by larger studies. She agrees to the fact that an anabolic steroid should be in the culprit list when clinicians are evaluating the risk of heart diseases in their patients. This should make the practitioners to ask about the use of steroids. Every doctor asks whether a patient smokes or whether they have heart disease or diabetes, she adds. But very few of them ask about the use of steroids.

Can Fatty Fish Reduce Your Risk of Heart Disease?

What is heart disease?

If my hands and legs are constantly cold, is it a sign... 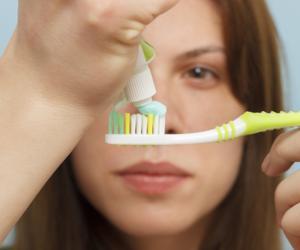 Professional Teeth Cleanings Can Reduce the Risk of...

If my hands and legs are constantly cold, is it a sign of heart problem?