DNA or deoxyribonucleic acid is a molecule that contains the genetic information of an organism.

Deoxyribonucleic acid or DNA is a molecule that contains the instructions an organism needs to develop, live and reproduce. These instructions are found inside every cell and are passed down from parents to their children.

The Structure of DNA

DNA contains molecules called nucleotides, which possess a sugar group, a phosphate group, and a nitrogen base. There are four types of nitrogen bases, and they are:

A ball hit my eye and now it's swollen. What should...

The genetic code or DNA instructions are based on the order of these nitrogen bases. According to the U.S. National Library of Medicine, there are around 3 billion chemical bases in the human DNA. More than 99 percent of these bases are also the same in all people.

These DNA bases pair up to form base pairs. Every base is attached to a phosphate molecule and a sugar molecule, and form a nucleotide. Nucleotides come in the form of two long strands that resemble a spiral called a double helix. This double helix looks somewhat similar to a ladder, which has base pairs on the ladder’s rungs with phosphate and sugar molecules as its sidepieces. The bases on one strand pair with the bases on the other strand (i.e., guanine pairs with cytosine, and adenine pairs with thymine).

One of the important properties of DNA is self-replication. Every DNA strand in the double helix serves as a pattern for the duplication of base sequences, which is critical during cell division as new cells require exact copies of the old cells’ DNA.

DNA and RNA or ribonucleic acid, were first identified as acidic molecules within the nucleus. By rediscovering the work of Mendel in the field of genetics, experts found that heredity was probably transferred through discrete particles with a biochemical basis.

There are four macromolecules present within a cell, and they are lipids, proteins, carbohydrates, and nucleic acid. When a series of experiments were conducted, nucleic acids were the only macromolecules that were consistently transmitted from one generation to another. Because of this discovery, the functions of DNA began to be investigated.

DNA holds protein codes. Proteins are complex molecules that play significant roles in the body. When DNA information is read, it is then transcribed into another molecule and translate it into a language that the body can comprehend. This language tells how amino acids should make specific proteins.

Life can begin from one cell. For humans, a zygote is formed when an egg is fertilized by a sperm. After fertilization, cells and tissues are produced through the process of cell division. Every time a cell divides, a nuclear genetic material is also duplicated with around 3 billion nucleotides being read and copied.

When DNA molecules need to be replicated, two strands are separated along a short stretch, forming a structure similar to a bubble. DNA polymerase and a number of proteins and enzymes work in this single-stranded region to produce a complementary strand through hydrogen bond formation. These enzymes continue to work on every strand and create new polynucleotide molecules until the DNA is completely replicated.

Another important function of DNA is to direct a cell’s physiological activities. Proteins, peptides, and RNA perform functional and catalytic roles in the body. Sequences of nucleotides in DNA determine the structure and function of these molecules.

The first step in the production of protein or RNA molecule is transcription. Similar to DNA replication, the process begins with the formation of a single-stranded region, which then acts as a pattern for the polymerization of a complementary RNA molecule. Transcription only involves one of the two DNA strands, which is called the template strand. The other one is called the coding strand. RNA sequence is almost the same as the coding strand since transcription also depends on complementary base pairing.

Hereditary materials are to be replicated and passed from one generation to the next. Before creating a new generation, genetic information must be duplicated first and then transmitted. The DNA structure makes certain that the coded information in every polynucleotide strand is accurately replicated.

However, there are also mutations that lead to genetic variations. These mutations and variability tend to allow populations to adapt and evolve to different and changing circumstances.

Scientists are able to manipulate DNA and use it to help improve the lives of people. An example would be the production of genetically modified crops, which are drought- and pest-resistant. The isolation and manipulation of DNA contribute a lot to molecular biology and further studies of living processes.

The role of the nucleus in cell division became clearer when microscopes started to provide greater magnification and sophistication. However, DNA was apparently discovered as a genetic material when Gregor Mendel's work began. Through rediscovering Mendel's experiments, important implications from these investigations were brought to light.

It was once believed that heredity is the mixing of the characteristics of the mother and father due to the fusion of two nuclei during fertilization. However, according to Mendel's results, heredity can be explained through the inheritance of discrete particles instead of the mixing of parental characteristics or traits. Mendel called these discrete particles as factors, but with the further development of chemistry into biological sciences, more studies have been conducted for the molecular evidence of heredity.

DNA is passed from parents to their children. About half of a child's DNA comes from the father and the other half from the mother.

DNA is often regarded as the blueprint of an organism, simply because it enables the cells to form into a functional organism. Even though there are still many things that we do not know about DNA, what we do know is that it influences and controls a number of different features and characteristics of human beings.

As research studies continue, more information about DNA can be discovered and used to a number of significant applications in life.

What do I need to do in the week leading up to surgery...

How long does rhinoplasty surgery last?

How To Treat An Ankle Sprain

How can you tell Spring allergies from the virus? 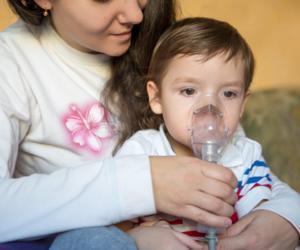