There is a group of diseases which fall into the ‘neuromuscular disorders’ category and that are characterized by symptoms which, either directly or indirectly, impair the functioning of the muscles. The direct effect would be via the pathology of the voluntary muscle itself, while the indirect conditions usually affect the nerves which govern the movement of said muscles. In this manner, these diseases can cause a wide variety of symptoms, from spasticity and paralysis when the disorder affects the patient’s nerves, or muscle atrophy, weakness, and general pain when the disease is centered on the muscle itself.

Muscular dystrophy encompasses a wide group of the aforementioned conditions. The term references a variety of hereditary and progressive diseases that produce debilitation of the striated muscles, which are the ones that are responsible for our voluntary movements. These diseases alter the proteins that make up the muscles, which leads to cell death and diminished functionality of the affected structure. The cardiac muscle is also exposed to said disease, and the affliction to this area may also lead to cardiac disease. 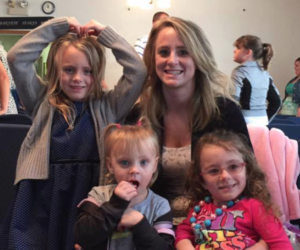 Unfortunately, to this day, there is still no known ‘cure’ for muscular dystrophy or neuromuscular disorders. On the other hand, the treatments that do exist are meant to either delay the disease’s evolution or to stop it entirely, with the objective of allowing the patient to retain his or her autonomy and forgoing their dependency on caregivers or assistants for as long as possible. Furthermore, the idea behind said treatments is also to prevent the affliction from affecting other, more serious structures such as the heart and lungs. In general, the treatment for these conditions usually involves medical professionals of different specialties in order to create an integrated solution for the patient, which usually involves physiotherapy, Pediatrics (when the disease is diagnosed early in the patient’s infancy), neurology, and surgery.

Luckily, muscular dystrophy is an uncommon disease and usually manifests during the patient’s childhood. Among the many types of conditions which fall into this category, Duchenne’s Muscular Dystrophy is the most common; affecting boys exclusively and passed down by the mother, it is present in 1 out of 3500 male births.

Duchenne - The Most Common Form of Muscular Dystrophy

Duchenne, like other types of muscular dystrophy, is a hereditary disease with a recessive inheritance pattern linked to the X chromosome. Consequently, it is a disease particular to the male gender, with a very small incidence on women, who are usually carriers of the disease, and nothing more. As mentioned above, it is the most common type of muscular dystrophy, consisting of a myopathy of genetic origin and which produces the destruction of the cells of the striated muscles. Specifically, the muscular dystrophy is produced by mutations in the dystrophin gene, which is the protein charged with connecting the actin filaments with the extracellular matrix. Through this mutation, the muscle’s cells begin to degenerate since there is no longer contact between the matrix and the basal lamina of the cell. Consequently, the muscle cells start disappearing and are replaced by adipose tissue, leading to muscular dystrophy and the onset of the disease.

Due to its rapid progression after the diagnosis, and despite its frequent incidence (when it comes to muscular dystrophy, at least), Duchenne is one of the most serious types of muscular dystrophy, with a fast onset and evolution muscular tissue degeneration, which causes symptoms such as motor difficulties, contractures, scoliosis, and pseudo-hypertrophy, which can cause the patient’s premature expiration due to heart and lung complications at around 20 years of age, if not addressed properly.

A Collaborative and Informative Solution

Despite not being very common occurrences, those that are afflicted with any disease belonging to the muscular dystrophy group often rely on the assistance of others to get around or perform properly on a daily basis. Unfortunately, the burden of supporting the patient, and the patient’s stress from relying on others may sometimes strain relationships, interfere with family dynamics, and complicate more an already-too-complicated condition.

Knowing this, and with the intent of improving the quality of life of both patients and caregivers, Synergy HomeCare and the Muscular Dystrophy Association have engaged in a collaborative effort through which they have created a guide for newly diagnosed patients where they (and their caregivers) can learn everything about their disease and receive relevant information on how to prepare for its symptoms and live a full life. The guide also offers important information about how to find community resources, both online and offline. For caregivers, it features all the necessary material to train and prepare themselves to provide integral care to the patient.

The unfortunate truth about these diseases is that lots of families and patients require assistance not only in understanding the extent of their condition but also in locating the appropriate sources through which they may receive home care. According to Gina Adolphson, the director of the Muscular Dystrophy Association’s Resource Center, the objective of the collaborative effort is to help MD sufferers to maintain independence, regardless of their condition. In a press release held this past August 6, Adolphson said: “Keeping people independent is also at the heart of what SYNERGY HomeCare does, and that is why this partnership makes perfect sense.”

Caregivers have, for some time now, been prepared to provide assistance to all manner of patients. Their services, however, are seldom specialized towards assisting specific diseases. The training guide developed by the aforementioned groups will touch this subject by providing the expertise necessary to assist patients with muscular dystrophy in matters such as meal planning and food preparation, routine personal care, medication regime reminders, home conditioning for the safety and independence of the patient, performing light household tasks and transportation to and from medical, social, and community appointments.

The guide itself doesn’t stop at addressing muscular dystrophy, though, as it also features information on how to support patients with neuromuscular diseases  such as amyotrophic lateral sclerosis, and other conditions which affect the patient’s ability to properly fend for themselves on a daily basis and perform basic tasks such as eating, talking, walking and, more importantly, breathing on their own. 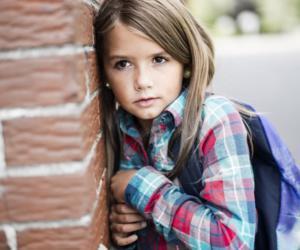 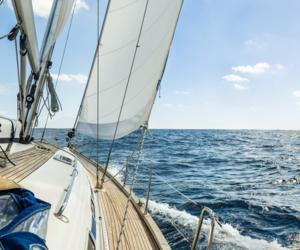 Man Completes Journey of a Lifetime Despite Muscular... 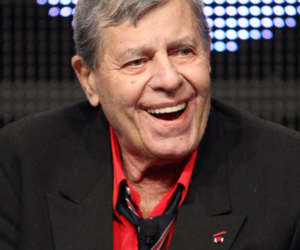