The answer to the simple question of whether autism runs in the family is not clear. The fact of the matter is that autism most commonly runs in the family and is considered as the most heritable condition among other neuropsychiatric conditions. On the other hand, ASD mainly occurs through de novo mutation and hence is not passed from a parent to offspring directly.

This means that possibility of Autism Spectrum Disorder running in the family or not depends a great deal on many factors. Researchers have been busy lately, trying to establish a link between autism and genes, and the results explain in part that autism and other conditions are indeed evidenced by certain patterns in one’s family line. However, it has not been conclusively confirmed that autism genes can run in the family lineage. Recent research has only established that some children are born with higher susceptibility to autism than others.

Despite ongoing research and a seeming general agreement among several researchers of autism being associated with abnormal brain configurations, research has not been able to link any single known trigger to the abnormalities in the brain structure. Some researchers propose that there are some conditions that trigger genes making them unstable which in turn interfere with the development of the brain causing autism. Other researchers have been investigating the connection between autism and difficulties experienced during pregnancy and delivery for instance an exposure of the unborn child to chemicals, metabolic imbalances and viral infections.
Genetic Susceptibility

Although autism does not run in the family, a family with one child on the spectrum has higher chances at 5% (one in every 20 people) of having another child with the same condition compared to the 1 in every 166-probability estimated in the general population. It has however been proposed that if autism was attributed to a single gene, the probability of a family with autism having another one with autism could have been much higher, at between 25% and 50%. This would increase the probability of the third child having autism to about 35% owing to the involvement of many genes.

Is there really a connection between genes and autism?

Researchers are today establishing stronger connections between autism and genes. In fact, genes are seen as a major cause trigger of autism condition. However, it is important to note that the gene responsible for autism may just be one in a group of three or five genes that need to interact for autism to develop.

Although it has not yet been confirmed, some researchers suspect that it is the damaging of a gene or group of genes that is responsible for autism behaviours. Needless to say, some other factors like chemical imbalance, exposure to virus or even chemicals are also contributing factors to the development of autism disorder.

One of the largest studies to establish all the factors that contribute to autism shows that autism can equally be caused by genetic or environmental factors. The environmental factors that present risks to autism are greatly varied and involve the age of the parents during pregnancy, complications experienced during child birth, nutrition of the mother during conception as well as exposure of the mother to chemicals, especially at the early stage of the unborn child’s brain development.

Research on autism presents numerous factors both internal and external, that are connected to the development of autism and this perhaps is the most puzzling fact as many more researches are conducted to establish the cause of autism.

Consequently, there are few instances in which autism condition is caused by certain medical conditions like:

One of the facts that we must deal with is the complex nature of autism as a factor of genetic variation. It is therefore agreeable that autism is strongly based on genetics but it is not yet clear if autism can be understood through rare mutation processes or multigene interactions. It has also been noted that one can tell if autism is hereditary or not depending on how the autism spectrum expresses itself. This implies that autism caused by a primary genetic is highly heritable.

The verdict is still out there concerning the hereditary nature of autism. Early research that investigated twins suggested the hereditary nature of autism to be about 90%. This means that genetics was the main cause of autism spectrum in people. The introduction of new data however has shown that this may have been an over estimation hence there is need for new models to investigate structural genetics variations. It has also been observed that when only one of the identical twins has autism, the other child often tends to have learning and social disabilities. The risks of having autism phenotype among adult siblings however increases to higher levels than actual risk control estimated at about 30%.

The question of heritability of ASD

A further look at all neuropsychiatric conditions shows that autism is still the most heritable one in this group. However, unlike other hereditary conditions, ASD genetics link is based on the de novo mutation. This means the ASD is not passed from parents to children directly but has ability to occur spontaneously. This is the reason why autism spectrum is still unpredictable as it only occurs in a fraction of case. This however does not explain why autism tends to run in the family.

Some recent studies have actually shown that there is a possibility that recessive genes are involved in autism hereditary. Recessive genes operate very differently as they have the ability to be passed from one generation to another without any outward manifestation. The autism spectrum effects are therefore only seen in people that end up inheriting two identical genes, with one coming from each of the parents. Taking the cue from the finding of recessive factor in ASD hereditariness, another study has suggested that about five percent of the autism spectrum cases can be connected to inheritance of recessive mutation that results in complete disruption of the functioning of the gene.

There are cases in which the autism spectrum can be traced directly to the family lineage. Case in point is an instance where one of the parents of a child with autism develops some form of social impairment or where a relative of a child with autism may experience difficulty in communication or repetitive behaviours. There are also instances in which relatives experiences emotional disorders like depression.

Another research that recorded more than two million newborns in Sweden from 1982 to 2006 found 14,516 of them to have autism. This study did not really investigate the cause of autism spectrum condition in every child but it suggests possible risk factors. One of the main risks identified is the history of the family.

Having said that, it is vital to note that there are many factors that have been found to cause autism. One of the largest researches has actually found that autism is caused by both genetics and environmental factors.

While acknowledging the high probability of autism running in the family, other risk factors are currently still being investigated according to Landa and these include: 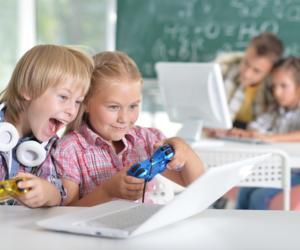 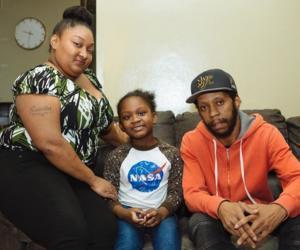 Why Is It That Some Children With Autism Find It Difficult To Recognize Faces?