A child throwing a fit in a restaurant is a nightmare for all parents. For parents of children with autism, this can be a more frequent reality.

Autism Eats is in its third year of inviting families affected by autism to enjoy a restaurant dinner. Here, it is okay if a child has a meltdown. Any parent of a child with autism knows how welcome this opportunity is. 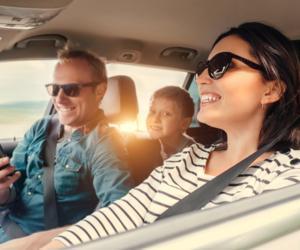 Traveling with Young Children with Autism

When your child has a meltdown in public, people stare and they judge. It is more than uncomfortable.

For one couple, this was too much. Mike and Cassidi Rand would go to a restaurant with their son and they just felt like everyone was judging them. Their son Peyton who is now seven-years-old would not be able to sit still or would have outbursts. Mike said, “You may not see the eyes looking at you, but you can feel the eyes looking at you. It was very uncomfortable.” So, they stopped going. They felt like they could not do something that many other people do with no issues. With Autism Eats, they enjoy a meal out without stress.

In 2016, the Rand family started their own local chapter of Autism Eats. The organization’s goal is to provide an environment where families affected by autism can dine out without worry. Children with autism often have difficulty interacting in social situations and may have emotional outbursts in public. This draws a lot of unwanted attention from other people who are not aware of what is happening.

The local chapter hosts parties at BJ’s Restaurant and Brewhouse in Rancho Cucamonga, California, where a large area is reserved for families with children with autism. They gorge on pizza and pasta while magicians, superheroes, “Star Wars” characters and more entertainers perform. So not only is it dinner out, but they also get a show. Since everyone who attends the event is aware of the struggles that families with autism face, it is a judgement-free and totally inclusive environment. Finding ways to accommodate and welcome families with autism into society makes the community stronger. There are other efforts to increase awareness and improve accommodations for people with the disorder across the country.

With diagnosis of autism on the rise, it is important that these accommodations and awareness organizations increase. The diagnosis of autism has risen to one in sixty-eight children, which is almost double what it was in 2004. The condition is diagnosed in boys 4.5 times more than girls, according to the Centers for Disease Control. The Temecula City Councilman Mike Naggar says that autism “is a public health crisis that needs to be addressed.” His son is one of the many children in the area that lives with autism.

There are a few different reasons why the number of autism cases could have increased. One reason is that children are being diagnosed at earlier ages, and according to the New York City-based Autism Science Foundation, the criteria for diagnosing has broadened. The organization also says that parents who are older have a greater risk of having children with autism. When people wait until their children are older to receive a diagnosis, the situation becomes worse because they hadn’t received appropriate resources and developmental support early on. Additionally, premature babies are seeing better survival rates now due to advances in medicine and technology, many of whom end up with developmental issues because of premature birth.

The Southwest Riverside Autism Task Force was started in the City of Temecula in California 2010 by Naggar after his son was diagnosed with autism. The task force is comprised of elected officials from the area who have “created a resource guide and tackled jobs, housing and other issues.” The goal is to better incorporate people with autism into the community. They want to teach them job skills and provide them with the developmental support that they can be an active part of society. The city works to include people with special-needs community activities, programs, and services. This type of support makes for a more inclusive community. During Easter, kids with autism can participate in their very own egg hunts, and at carnivals, they get arm bands that allow them to go to the front of the line. Waiting in lines can be difficult for children with autism, so this helps them have the same fun childhood experiences as other kids. Temecula also joins forces with Spero Vineyards every year to provide an eight-week job training course for children with autism and other special needs so that they can learn about wine making.

Temecula has also opened a unique park that offers equipment that is attractive to special needs children. There are also cards that explain what autism and down syndrome are, so that other families can be made more aware of what these disorders are. This is all part of creating an inclusive environment for the community. There is also a condo unit in the city where buyers can select certain fixtures and appliances to best accommodate people with special needs.

Another nonprofit in Temecula was founded by Mark Anselmo a couple years after his son was diagnosed with autism. The nonprofit, called Our Nicholas Foundation, includes activities such as “teen dance parties, sensory-friendly movie nights” and a soccer season that teaches kids to play with other children and adults.

Other programs for children with autism

The Autism Society Inland Empire and the Our Nicholas Foundation started a program that cuts wait time for families with autistic children, making dining out more of a possibility. Richie’s Real American Diner is a part of the program and they work hard to seat guests with autism first and bring their meals quickly. Often, this means just bringing something fresh off the grill to keep the kids occupied while they wait for their actual meals.

Autism eats has had 8 events in San Bernardino in the past year at the BJ’s restaurant where Cassidi Rand is the manager. During the first event, around sixty people participated and were shown card tricks and a magic show by Jonathan Molo while they ate. Cassidi Rand describes how the environment can help kids feel more comfortable and maybe try something that they wouldn’t before. She said, “Today, we had a little girl drink from a straw for the first time. They see other kids and feel comfortable.” Mike Rand hopes that events like this will help families feel less judged and venture out to experience public places a bit more.

A Chino Hills family who brought their two sons with autism to the event said that it was a great way to meet other families dealing with similar challenges. The kids were able to interact with each other, and so were the parents. It was a win-win.

Autism Eats was founded in 2014 by Leonard and Delphine Zohn from Massachusetts. They have a son with autism, and since founding the organization other chapters have popped up throughout the country. The organization offers stress-free dining for parents of children with autism. They want all families to be able to enjoy leaving the house and having someone else cook for them. At Autism Eats, events everything is catered to the autism community. Lights and sounds are adjusted so that kids do not experience sensory overload. Check out their website to learn more!

Drugs for Irritability Symptoms of Autism 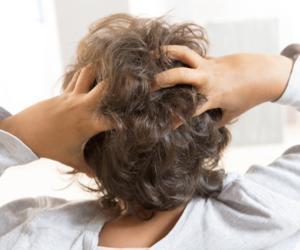 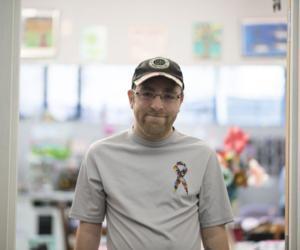 Serving up Java and Jobs for Those with Autism