Pregnancy and Diabetes (Type I & II)

Getting pregnant and giving birth are generally a straightforward process for most women. High-risk pregnancies are not as common as television shows like Grey's Anatomy and House would lead people to believe. That being said, there are still some risk factors for diabetic patients to keep in mind before even becoming pregnant. One of which is women who have diabetes, type 1 or type 2, before pregnancy. A woman with diabetes will not only need to consult her physician before becoming pregnant to ensure that she is in optimal health, but also visit her doctor while pregnant. This will be more frequent than someone without diabetes.

Maintaining a healthy diet with diabetes can be difficult at the best of times, but with pregnancy, it becomes more complicated. This is depending on the symptoms that each patient has. Most women experience an increase in hunger with pregnancy and that is no different with diabetics. The difference happens with the type of food that can be eaten easily and quickly and not cause a dangerous spike in blood sugar. A healthy diet that is in line with keeping blood sugar levels balanced is paramount for pregnant patients. 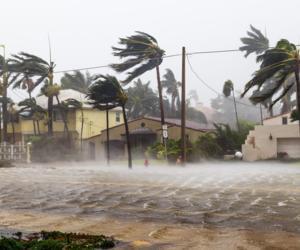 Morning sickness that many women experience can not only be dangerous for a diabetic, but for the fetus as well. The constant throwing up and having to replace food being lost and the accompanying pregnancy hunger can cause dangerously low blood sugar levels. When insulin has been taken to cover the food that was eaten and then lost. Low blood sugar levels can lead to dizziness, fainting, seizures and, in the most extreme cases, a coma.

Uncontrolled diabetes can cause what is known as an overfed baby because the baby’s blood sugar will tend to be higher than the normal range. This leads to a baby that is very large and can cause nerve damage to the child when passing through the birth canal. Babies, such as this, will generally need to be delivered via cesarean section, or commonly known as C-section, which can take them longer to recover than a vaginal birth. Complications can also have dire consequences for some, such as miscarriages and even stillbirths.

Some of the more mild symptoms of preeclampsia include water retention, high blood pressure, and protein in the urine. The more serious symptoms can include headaches with blurred vision, an inability to tolerate bright lights, a feeling of being more fatigued than what is normal, a tendency to bruise, urinating less often and in very small amounts, nausea and vomiting beyond the normal morning sickness, pain in the upper right quadrant of the abdomen, and shortness of breath.

Being Vigilant and Proactive During Pregnancy

One of the most important things to do before even getting pregnant with diabetes is to ensure that the disease is under control. This would mean daily monitoring of blood sugar levels, checking constantly to make sure that it is in a healthy range. Patients will also need to stay on top of their diet to protect against unexpected spikes in blood sugar before and during pregnancy. A pregnant diabetic patient will have to consume more calories to make sure that they and the fetus are well fed and healthy, those calories will still need to come from diabetic safe foods now more than ever to prevent any possible complications.

The patient and their support system will need to expand this system even more by asking their healthcare team for specific help. Everything will need to be discussed and reported to the team no matter how small it may seem, this will necessitate much more frequent visits to the physician and obstetrician to ensure optimum health for both the fetus and the mother. This will also include discussing with the team what diabetes medications are still safe for the patient and how they will affect the fetus. Medications may need to be changed as insulin resistance will increase with pregnancy, some medications may also be completely off limits as they will adversely affect the fetus, and all other medications being taken will need to be disclosed to the physician so they can check for interactions and whether or not they will render diabetic medications inert.

It’s important to keep up with an exercise regimen while pregnant as not only will this make delivery easier. Although diabetic patients should check with their physicians before continuing their current regimen to see if it is actually safe to do so. Unless there are complications that result in bed rest or mobility problems it will usually be permissible to continue a workout routine, albeit, modified to compensate for a changing body and the additional baby weight.

It is not at all impossible to have a healthy pregnancy and to deliver an equally healthy child while being diabetic. But it does take extra care, monitoring, being vigilant and aware of any unusual symptoms that may come up during the course of the pregnancy. The most important thing to keep in mind is that the healthcare team should and needs to be kept in the loop regarding every detail of the pregnancy from the moment the decision to become pregnant is made, right up until the baby has been delivered

Green Tea Can Reduce the Harms of the Western Diet

I have gestational diabetes. Can this pass on to my...

More from FindATopDoc on Diabetes And Pregnancy 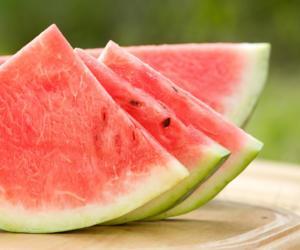 18 Foods that Diabetics Must Avoid

How long can I manage my diabetes without medications? 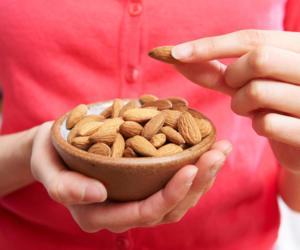 Do Almonds Have Benefits for Diabetic Patients?

How Drew Carey Took Control of His Life and Diabetes

What's the likelihood of a pancreas transplant?