Acupuncturist Questions Fibromyalgia pain
I have severe pain from fibromyalgia. I heard it's mostly due to stress, and I want to find ways to relieve it. Will acupuncture help me? If not, what other things should I consider?

Carolyn Shannon Sullivan Acupuncturist Randolph and Stoughton, MA
Acupuncture works fantastic on most pain conditions, however, hereditary factors and hormones play a huge part in how you will respond to treatment. Environmental conditions, like dampness or mold can certainly play a role, but stress most definitely affects all chronic pain. There's no guarantee that acupuncture will help your fibromyalgia, as no medicine is a guaranteed fix. But partaking in relaxing exercises like yoga, meditation and tai chi have shown good results. If there is a pattern of negative thinking, as usually is the case with chronic conditions, you might want to try counseling, stress reduction techniques and take a hard look at your diet. Certain foods are known to cause inflammation and worsen fibromyalgia. Consulting with a dietician to see what your individual needs are would be your safest bet.
Phranque Wright Acupuncturist Chicago, IL
Acupuncture is very good for pain. Fibromyalgia is a western term, so your practitioner would need to find a differential diagnosis to see how acupuncture would benefit you. In other words, it can help, but we need to see what is causing it beyond just calling it "fibromyalgia." The practitioner may want to try needles and maybe moxabustion or cupping. This would depend on if your condition is what we consider "cold" or "hot" type of pain as well as "excess" or "deficient" type of issue. They may suggest herbal formulas, too.

Since you mentioned stress, the acupuncture will certainly help with your stress factors and help your body find its homeostasis. Because stress may be tied to your family and/or work, you will need to be on a maintenance strategy for a while and then keep regular intervals when you know things may get worse (higher stress times in life).

I cannot advise other things for you to do without actually seeing you, so find a practitioner in your area to help you find what is best for you. 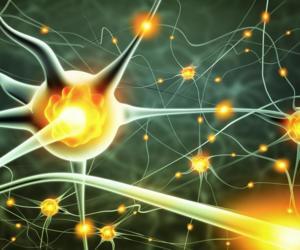 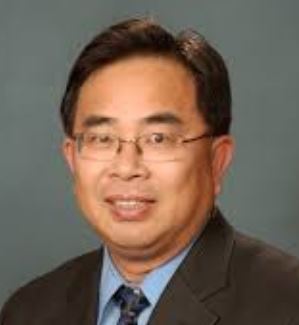 Ms. Ellen D. Leonard Acupuncturist Grants Pass, OR
Acupuncture can most definitely help with both your stress and the fibromyalgia. In addition to the acupuncture, since fibro is an autoimmune disease, it would behoove you to consider removing gluten from your diet. You might be surprised at how much better you feel!

Abe Shahabelmolki Acupuncturist Sarasota, FL
Acupuncture will relax you as you mentioned to reduce your stress level. Yoga, meditation are also great ways to relax you. Your condition is autoimmune disease. Please consult with an experienced functional medicine doctor to find out if you have food allergies and what supplements your system is lacking. I am assuming leaky gut syndrome. Your functional medicine doctor will guide you to a better diet and other recommendations. A series of blood tests will also be ordered.

George Ku Acupuncturist Diamond Bar, CA
Yes, acupuncture can help, but you need to find the right doctor.
Jeannette Kerns Acupuncturist Saint Cloud, florida
The quick answer would be ‘yes’ acupuncture may help with pain from fibromyalgia. However, much like pain medications, it will wear off and the underlying condition will still be there. In the case of fibromyalgia, I approach the disease with the mindset to provide pain control while my patient and I work together to find the root cause and work on treating the source as well as the symptoms. Many of my patients have gone on to live nearly symptom-free in just a short time.

I know what you’re thinking… “sign me up!” However, first it’s important to understand what fibromyalgia is, what it’s caused by and what it will take to manage it long-term. From there you can make an informed decision as to whether this is the route you’d like to take.

In a nutshell fibromyalgia is a syndrome of widespread chronic pain associated with sleep disorders, depressed mood, cognitive impairment and fatigue. According to a research article published by the NHI (National Health Institute), fibromyalgia is considered a stress-related disorder, characterized by heightened pain perception, including widespread hyperalgesia to deep-pressure stimuli and has three primary underlying causes: Neurotransmitter dysregulation, hypothalamic, pituitary, adrenal (HPA) axis and inflammation.

Neurotransmitters are the chemical messengers responsible for keeping our brains functioning and managing everything from our breathing to our heartbeat to our learning and concentration level to our responses to pain, stress and even the feelings of being in love. When these signals aren’t firing properly, the entire nervous system is on the fritz, including how we perceive both physical and emotional pain.

The HPA axis is our central stress response system. the HPA axis is a major part of the system that controls your physiological reaction to stress. That covers psychological stress (the kind you feel when you're overwhelmed or upset) as well as physical stress, such as illness, trauma, and injury. The HPA axis also helps regulate many other functions including digestion, the immune system, mood, sexuality how your body uses energy.

In the case of inflammation there is (or at least was) some controversy. Initially, scientists were confused as to how to approach fibromyalgia because while it seemed like an inflammatory disease, it didn’t present like most and therefore didn’t fit neatly in the diagnosis box. There are no hot, angry, swollen joints, even though the patient often describes those sensations. Most tests for inflammatory markers often reveal normal or only slightly elevated levels in fibromyalgia. Corticosteroids or NSAIDs such as ibuprofen are often ineffective at alleviating fibromyalgia pain, leading family, friends and physicians to assume the pain is ‘all in the head.” Narcotics work for a short time, but in the end will cause increased pain due to their effect on neurotransmitters.

Scientists now know that inflammation is involved, but from a source they had not expected…the immune system, much of which lives in our gut. It was discovered that certain molecules from the immune system, called cytokines, are high in people with fibromyalgia. Additionally, the central nervous system has its own immune system, separate from the rest of the body, and studies show high levels of immune molecules called chemokines there as well.

In my clinic we help patients manage their fibromyalgia through dietary changes and lifestyle changes, regular lab testing combined with clinical strength herbs, proper supplementation and acupuncture. This method is highly effective, and many are surprised at how quickly they feel better. Sometimes within 24-hours. www.eastlakeacu.com. 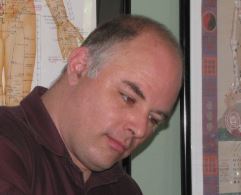 Mr. Anthony James Lorenzo Acupuncturist
In my experience, it helps improve the fatigue, decrease and possibly eliminate the pain. Did you know that the 21 points that push to diagnose fibromyalgia are all acupuncture points? My mother has this condition and is asymptomatic with just acupuncture and lifestyle changes.

If you decide to try acupuncture, make sure you start with a fully trained acupuncturist (not an MD or Chiropractor that did minimal hours of training to get a license).
Jeff Rippey Acupuncturist Saint Joseph, MO
Acupuncture from an NCCAOM board certified acupuncturist usually helps fibromyalgia patients. From the perspective of biochemistry, acupuncture appears to be regulating a handful of neurotransmitters which have a lot to do with how pain signals are transmitted in the brain and spinal cord.

I only practice Chinese medicine, so I can't really comment too much on other options. Conventional medicine has a handful of pharmaceuticals they typically use in fibromyalgia. My experience with patients is that sometimes these drugs can work well and sometimes they don't do much at all.

I'd suggest starting with the "Find a Practitioner" page at NCCAOM.org. See if you can find a local acupuncturist who specializes in pain management. Plan on giving acupuncture at least 3 to 5 visits to determine whether or not it's going to work for you.
Daisy Dong Acupuncturist Denver, CO
Stress can make the fibromyalgia worse indeed. Acupuncture will help, but it takes a long series of treatment. I had two female patients who were ready to apply for disability when they came in seeing me in 90' while I was practicing in Atlanta, GA. After weekly treatments in 6 months, they happily went back to their jobs without much discomfort. If you can add Pilates, Yoga, mind-body meditation, or biofeedback, it will produce a better result quicker. I give some of the FM patients Chinese herbal medicine to correct physical symptoms because the FM never presents the pain symptom, in my opinion.

Huy Tran Acupuncturist San Jose, CA
Hi There,
Acupuncture is know for pain management. Having said that it may help with your fibromyalgia; however do you have stress? If you do, do you know what causes your stress? Sometimes if you know your source you may be able to prevent the pain. As I always tell my patients, you first go see your primary care doctor and have them diagnose your condition. Then perhaps they can advise you to go see your local acupuncturist. Take a tai chi class and do chi kung medition may help with your stress as well.
Andrea Cillo Acupuncturist Bay Shore, New York
Acupuncture can absolutely help you manage your pain and your stress levels. I also work with meditation, diet, and lifestyle counselling. There are many options you may also consider but for starters: light exercise, massage (if the pain does not worsen with pressure) or float spas (highly concentrated Epsom salt baths) to manage your pain, and therapy, counselling, support groups or taking part in something you truly enjoy to relieve your stress. 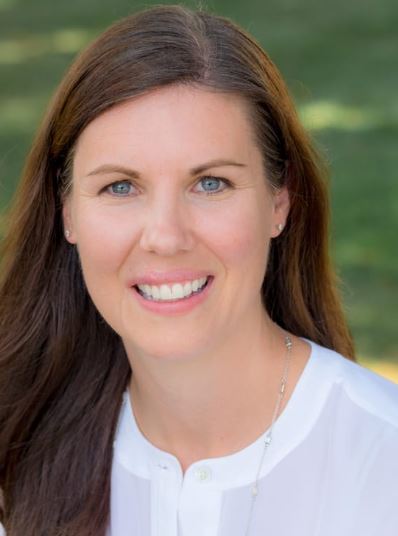 Natalie Elizabeth Ramsey Acupuncturist Montclair, New Jersey
Acupuncture can be very effective in treating fibromyalgia. One of the ways in which it will help is by increasing the production of serotonin and dopamine in the body, causing you to feel more relaxed and generally more "go with the flow." The body pain is due to areas of stagnate energy, according to Eastern Medicine, and acupuncture helps to improve the circulation of both blood and energy, so this should improve as well.

More from FindATopDoc on Fibromyalgia pain 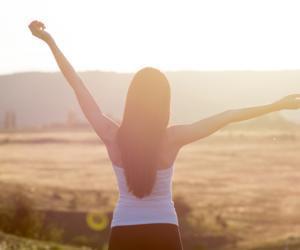 Letting Go: How to Live with Fibromyalgia 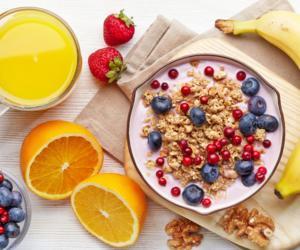 The Suggested Diet for a Fibromyalgia Patient 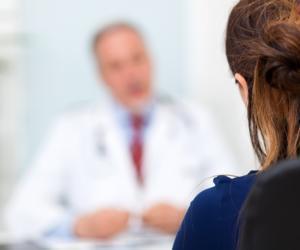 Cracking the Case of Fibromyalgia