Chiropractor Questions Osteopathic Manipulative Treatment
I have lower back pain that I really want to get rid of, but I'm not sure if I should go to an osteopath or chiropractor. I've never even heard of an osteopath before my doctor even mentioned it. What's the difference?

I hurt my back at work. What next? 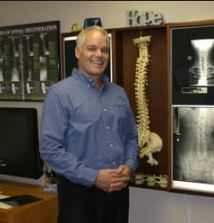 Dr. Daniel L. Coflin Chiropractor Concord, CA
Osteopath works closer with M.D. and is more likely to integrate pain meds and physical therapy.
Dr. Danny A. McLane Chiropractor Waukegan, IL
Every practitioner is very different. there are many, many chiropractors that are very different than each other, same thing with an osteopathic physicians. Much of the difference is found in the philosophy and the treatment strategy, which then dictates approach.

Chiropractors tend to be more about delivering care and adjusting, Osteopaths tend to be more in line with the medical community with more diagnostic testing and procedures, and less about adjustments.
Dr. Kimberly G. Carlucci Chiropractor Montclair, NJ
In my experience, in America an osteopath is a medical doctor with the difference of a DO at the end of their name versus an MD. Traditionally and still in Europe, the DO was quite like the chiropractor, but specialized in long lever adjustments with an emphasis on circulation and bowels while chiropractors traditionally focused on specific adjustments and nervous system balance. Over my 20 years of chiropractic, I have seen my profession evolve into trying to teach people about proper spinal alignment for the benefit of health maintenance of the body, which enables it to heal itself while incorporating natural foods, exercise, circulation, meditation, and an all around healthy lifestyle.
Dr. Curtis L. Hall Chiropractor Palm Desert, California
Most of the time, chiropractors are the first choice. If we can’t help, we can refer you to the right doctor.

Dr. David Leonard Chiropractor Raymore, Missouri
An osteopathic physician is very similar to a medical doctor---Initially back in the early 1900's they were taught a more holistic approach to medicine but in the 1970's they joined the AMA as physicians---so today there is little difference between a DO and an MD
Dr. Stephanie Cohen Chiropractor | Pediatric Chiropractor Missouri City, TX
A chiropractor focuses on the nervous system and will provide a specific adjustment to a vertebra to remove any pressure on a nerve. An osteopath provides a manipulation and their focus is more the lymphatic drainage. Most osteopaths do not manipulate in practice, and practice just like M.D.’s.

Dr. Michael P. Simone Chiropractor Fort Lupton, CO
An osteopath, in the U.S., is virtually the same thing as a medical doctor. Some osteopaths have some training in manipulation and some provide spinal manipulation.
Hope that helps.

Dr. John W. Jung Chiropractor Arlington Heights, IL
DO's combine the best of medicine with chiropractic like techniques. However, finding a DO that does spinal manipulations as fluently as a chiropractor may be difficult, since it is a secondary technique, whereas DC's use it most frequently, since it is their primary method.
Dr. Steven L. Moon Chiropractor Concord, California
Hello,

Sorry to hear about your low back pain, but this is a good question. Many years ago, there was not much difference between chiropractors and osteopaths. The main difference was that the osteopathic theory about the cause of back pain was that spinal misalignment interfered with blood flow, causing pain. The chiropractic theory was that spinal misalignment
interfered with nerve impulses, causing pain. Both felt that the solution was to adjust the spine removing the restriction and interference, letting the body heal. Osteopathic adjustments tended to be of large areas.
Dr. Randall J. Hammett Chiropractor Kenosha, WI
Yes, their approaches are completely different in every way.

For lower back pain, I would choose a chiropractor as we are trained for 4 years on spinal issues and the conservative treatment of these issues. Osteopaths are trained in gross manipulation of the spine with specific procedures similar and different than chiropractors. Osteopaths also have the ability to prescribe medicine unlike chiropractors who have a more natural approach. Having worked with osteopaths, I have found that chiropractic adjustment are much more precise when done. You will get results either way but, in my opinion, a good sports medicine/orthopedic chiropractor will be able to diagnose, treat, and correct lower back pain.

Fahim Soukhak Chiropractor La Habra, CA
Either of them can help you, their scopes of practice are different.

Osteopathic doctors chose the route of writing prescriptions abondoning the manipulation of subluxations (misaligned bones). However, in my opinion they have the best of both worlds if they choose. They can write scripts and manipulate if they chose to be proficient at musculoskeletal cases. Most choose to write scripts managing their patients. It’s a good profession to be in as well. As Chiropractors we primarily focus on the subluxation part. Love getting adjusted. From babies to the senior citizens. ❤️

Dr. Marco Lopez Chiropractor Clifton, New Jersey
Osteopath or DO can prescribe medicine and have become almost indistinguishable from MD. They originally had a more holistic approach to healthcare and this viewpoint depends on the doctor you see. They also manipulate but use a long lever approach where as chiropractors use a short lever approach. In general, chiropractors or DC do not prescribe as we do not much pharmacological training. Other than that either should be able to diagnose and/or treat you so it depends on preference.
John Schroeppel Chiropractor Lindon, Utah
Osteopathy and chiropractic started out as quite similar disciplines. In fact, A.T. Stills (known as the Father of Osteopathy) and D.D. Palmer (known as the Father of Chiropractic) were contemporaries and knew each other. Some claim that one stole their ideas from the other (and the debate goes both ways), but there is not really any proof on either side. However, OMT (Osteopathic Manipulative Therapy) and chiropractic adjustments (also known as CMT - Chiropractic Manipulative Therapy) are very similar. There are differences in technique, but both, at their core, involve taking a joint (spinal or other joints) to the end of its range of motion and then delivering a high velocity, low amplitude thrust to gap the joint space and improve its function and remove tension. That being said, the osteopathic profession was kind of absorbed into mainstream medicine many years ago. The upshot of that change is that MD (Medical Doctor) and DO (Doctor of Osteopathy) are basically synonyms today. Those who graduate from an Osteopathic school with a DO degree, do a residency just like MDs and then they can work anywhere in medicine. Some work in a hospital ER, some are pediatricians, some are surgeons, some are OBGYNs, etc. They are still all taught OMT in school (it is a requirement if you go to an Osteopathic school), but most never really use it in practice. There are some who do, but they are the exception. (I have a
couple of good friends who have been through DO school, which is where my information comes from.) The opposite is true in chiropractic. The adjustment is still the mainstay of chiropractic treatment today. Some DCs (Doctor of Chiropractic) use physiotherapy modalities (like electrical muscle stimulation, utlrasound therapy, etc.) and soft tissue modalities (such as massage or IASTM - Instrument Assisted Soft Tissue Mobilization) alongside CMT, but almost all DCs use adjustments with all (or nearly all) of their patients. There are some DCs who don't do adjusting, but they are the exception. (I am a chiropractor who adjusts basically every patient, which is why I know about this.) So, unless you are able to find a DO who uses OMT as an integral part of their practice, they are probably not going to be very good at it, if they do it at all. Which ever you choose, I recommend that you go to a
practitioner who does their particular manipulative treatment with almost all of their patients day in and day out. That way you receive the benefit of all that experience. 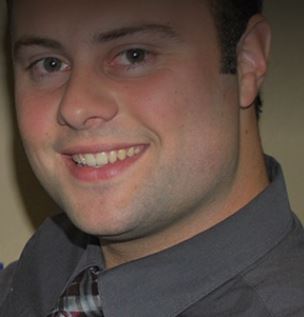 Dr. Robert J. Adams Chiropractor Scotts Valley, CA
Both professions utilize manual manipulative therapies to align the joints of the body but they differ in philosophy and application of the techniques. For low back pain, it is my opinion that Chiropractors have more practice and experience. An Osteopath can prescribe any needed pain medications and muscle relaxers, Chiropractors cannot. 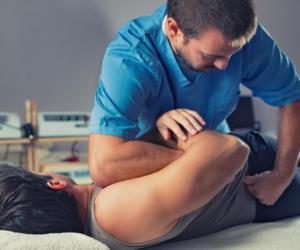 How often should I go to the chiropractor?