The National Cancer Institute reports that around 250,000 people will be diagnosed with breast cancer this year, and about 22,000 with ovarian cancer. While the survival rate among patients with breast cancer is significantly higher compared to ovarian cancer – the NCI reports about 40,000 of the 250,000 diagnosed cases of breast cancer will be terminal compared to 14,000 of the 22,000 cases of ovarian cancer – both forms of the disease can be devastating. Treatment options range from tissue removal to chemotherapy that often uses platinum based drugs for these types of cancer. Although treatment options continue to evolve and many different companies are constantly working on developing new drugs, the prognosis for breast and cancer patients can still be somewhat murky during the early stages of treatment. But thanks to recent research from the University of Pennsylvania, researchers are beginning to understand the disease a little bit better.

Oncologists and other medical researchers have been extremely interested in studying cancer during the early stages of diagnoses in order to try and get a better understanding of whether or not treatments will be successful. That very question is what motivated a study recently completed by a team from the University of Pennsylvania’s Perelman School of Medicine. The researchers were specifically studying patients suffering from breast and ovarian cancer. Using 100 case studies from The Cancer Genome Atlas (TCGA) and 60 cases from studies that had been conducted at the University of Pennsylvania, the research team studied tumors from 94 cases of ovarian cancer and 76 from breast cancer that specifically carried BRCA1 and BRCA2 mutations. The goal of the study was to determine what role these BRCA1 and BRCA2 mutations would play in the treatment of breast and ovarian cancer. While the results were similar across the two different types of cancer, the research team reported that the results did contain some key differences. 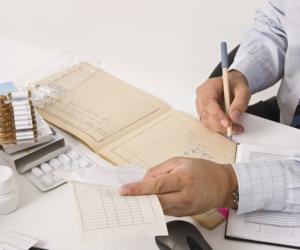 According to the study’s senior author, Katherine Nathanson, the examples of ovarian cancer were somewhat easier to study. Typically, ovarian cancer is more difficult to detect than breast cancer which means that when women are diagnosed with the disease they are often diagnosed at the same stage. With regard to the data that was available to the research team, there were less variables within the sample group since most of the cases were diagnosed around the same time and therefore treated with similar methods.

When treating ovarian cancer, medical professionals will typically try to remove the affected tissue and then kill off other cancerous cells using a platinum based chemotherapy drug. While this method often has some initial success, in many cases the cancerous cells will return and develop an immunity to the chemotherapy drug. Nathanson and the team at the University of Pennsylvania studied the role that BRCA1 and BRCA2 mutations may play in this process.

Traditionally, researchers believed that when a mutation occurs in the BRCA1/2 germline and is present in a tumor that there would also be a loss of heterozygosity or LOH. LOH essentially means that within the BRCA1/2 germline both the strands of the BRCA, one inherited from a father and one from a mother, have been affected by the mutation and crippled or lost. However, in this study the research team discovered that this is not always the case and that sometimes in a mutated BRCA only one strand is lost or affected. The cases where both strands were affected was labeled LOH-positive because the effect of the mutation was total; while the cases where only one strand was affected was labeled LOH-negative since the entire strand was not affected.

With this bit of information, the research team then went on to study how LOH-positive and LOH-negative patients responded differently to treatments. Based on their observations, they found that patients with LOH-positive mutations fared better when treated with platinum based chemotherapy drugs and were more likely to survive than their LOH-negative counterparts. The team hypothesized that in the patients with LOH-negative tumors, because they retained one unaffected strand of the BRCA1/2, the cancerous cells within that strain would be resistant to treatment and then able to develop and immunity to that treatment. In contrast, patients with LOH-positive tumors who had both of their BRCA1/2 strands affected or destroyed would not have the same capacity to withstand chemotherapy and then to develop an immunity to the drug. Researchers found similar trends with regard to breast cancer, but the results were not identical.

Although it was more difficult to draw conclusions about the success of treatments of patients with breast cancer, the team from the University of Pennsylvania was still able to offer some general hypotheses. Essentially, they concluded that like ovarian cancer, patients with LOH-positive BRCA mutation do tend to fare better when undergoing treatment than their LOH-negative counterparts. This is similarly because the total loss of the BRCA1 and BRCA2 strands is more likely to prevent the cells from resisting treatment and developing an immunity to it later on. While the results were less conclusive with regard to breast cancer, the whole study does offer some important insights to the medical community

What are the implications for treatment?

Since a patient’s status as either having a LOH-positive or LOH-negative mutation can be such an identifying factor with regard to the success rate of chemotherapy treatments, researchers are suggesting that testing for this mutation can be a way to better outline a patient’s treatment plan. It’s easier and more cost effective to test whether a patient is LOH-positive or LOH-negative at an early stage than it is to run a complete analysis of their entire genome. With this information, medical professionals may be able to offer a more accurate prognosis and provide a more tailored treatment plan to patients in the earlier stages of their cancer. With regard to breast cancer, treatment depends on a whole host of factors, especially including at what stage the cancer is identified. When breast cancer is identified can be a major predictor of how successful treatment will be. Information about a patient’s status as either LOH-positive or LOH-negative will still inform a medical provider’s picture, but it will be more crucial with regard to treatment of ovarian cancer where less information and options currently exist.

While the development of new drugs and other treatment options certainly continues to be an important field of study in cancer research, understanding how cells respond to treatment is equally important in the long-term fight against the disease. Thanks to the researchers at the University of Pennsylvania, the medical community now understands that patients with a BRCA germline mutation may still differ in their cancer. This difference in mutations, the contrast between LOH-positive and LOH-negative patients, can drastically impact the efficacy of chemotherapy treatment and will certainly be a helpful piece of information for medical providers overseeing a patient’s care.

Breast Cancer: Dealing with the Fear That Comes with... 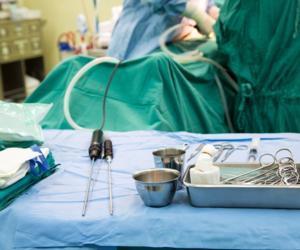 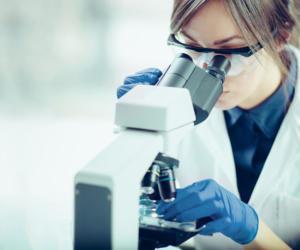 What Are the Options for Preserving Fertility After Ovarian Cancer?