What Is Female Circumcision?

Female circumcision is a crude practice that involves cutting off of either the labia or the clitoris of young women. The practice is also referred to as female genital mutilation or female genital cutting.

This is a practice that has existed for decades in some communities. It causes harm and injury to the genital organs of any woman or girl it is done to. The practice has been banned and it is considered a violation of human rights of girls or women.

Why do I have ridges on my tongue?

It has no health benefits, but instead it can be accompanied with very many risks and complications. The practice has mainly been carried out by countries in Africa, Asia and the Middle East. On most occasions, it is done by traditional circumcisers who may also use extremely crude tools to carry out the procedure.

It involves partial or complete removal of the female genitals. It is mostly carried out on minors and it infringes several rights such as:

What Are The Complications of FGM?

Female circumcision hosts no benefits to women and only exists to cause harm and damage to their health. Some of the complications involved with the process include:

The above problems are those that may arise immediately during the procedure. Long term complications may include:

What Are The Reasons For FGM?

Female circumcision is a practice that is connected with the social and cultural beliefs of communities. Different communities have various explanations as to why they carry out the practice and some of them include:

What Can Be Done To Prevent Female Circumcision?

Female genital mutilation is an irrelevant and completely unnecessary act. In today’s world, the practice still continues in secret in some communities. The following steps can be taken to prevent it from happening:

Female circumcision is a practice that should be discouraged and any person involved in it should face the full wrath of the law. It hosts no benefits to the health of those to whom it is done but instead it exists to cause harm.

What are the possible treatments available for dental...

More from FindATopDoc on Female Sterilization 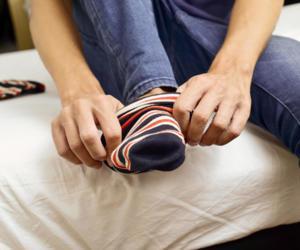 What is the reason for my erectile dysfunction after...