Women who present to their healthcare provider with acute symptoms often already have progressed ovarian cancer. It is difficult to make medical advances with rare ovarian cancers because there are even fewer patients. Additionally, by the time patients begin to receive treatment, the cancer is often quite progressed due to late detection. This makes it difficult to conduct clinical trials for potential new treatments.

A recent article published an interview with David M. Gershenson, M.D., professor of Gynecologic Oncology at the University of Texas MD Anderson Cancer Center. He discusses treatments that are available for rare ovarian cancers and looks at what advancements the future could hold. 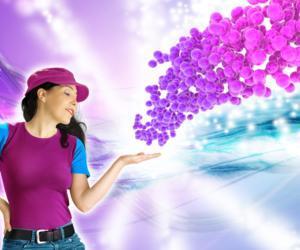 5 Things Every Woman Should Know About Ovarian Cancer

Gershenson discussed that there are several types of ovarian cancer and revealed what is important to know about them. He said that there are, “malignant ovarian germ cell tumors, sex cord stromal tumors and then the rare types of epithelial tumors: ovarian clear cell carcinoma, low-grade serous carcinoma and mucinous epithelial ovarian cancer.” With these rare types of ovarian cancer, sometimes it can take a long time to gather enough patients to conduct a clinical trial. In clinical trials it is important that the population size being studied be large enough to represent the rare ovarian cancer population as a whole. If the sample size in the study is not large enough, the results cannot be used to form conclusions about rare ovarian cancers. The sample size needs to be representative of the larger population for results to be valid.

Funding is another problem. Clinical trials are incredibly expensive and researchers need funding to conduct them. These funds are often gathered from the government, but the government does not provide a lot of funding for rare cancer types. Additionally, pharmaceutical companies are not very interested because they will not receive much business from the population of people who have rare cancers. Unfortunately, it always comes back to money. Gershenson emphasizes that there are numerous challenges in trying to develop studies on rare ovarian cancers.

There is a variety of treatment methods that may be used for a patient. This depends on a few things including the patient’s individual situation. Some of the targeted agents that are being used and investigated further target a gene in the MAP kinase pathway. These MEK inhibitors as they are called, target the gene called MEK. There have been quite a few trials that look at the effect of these MEK inhibitors. One trial has been completed and three more are underway, one of which will be finishing later in the year. This is one promising area of research.

Hormonal therapies are also another option for low-grade serous carcinoma. This type of cancer has many similarities with ER+ breast cancer (a hormonally responsive type of cancer). In an upcoming trial Gershenson and his colleagues are looking at aromatase inhibitors. Aromatase inhibitors interrupt the production of estrogen which in hormonally responsive tumors, contributes to tumor growth.

Gershenson hopes that in the near future, targeted therapies will be examined in more depth as a treatment method for clear cell cancer as well. He also talks about immune checkpoint-inhibitor treatments for clear cell cancer. He says that given the interesting responses in trials thus far, hopefully there will be more focus on these potential treatment methods in the near future.

Are there differences in the symptoms that patients with rare ovarian cancers will feel compared to more common types?

Similar symptoms exist. These include bloating, abdominal pain, abnormal fullness after eating, increased urination, and difficulty eating. Treatment side effects of course happen and vary a little from patient to patient.

Gershenson also talks about a recent success story with malignant ovarian germ cell tumors. For these types of tumors, the average age of diagnosis is 16 years and up. Forty-five years ago, most women with this type of ovarian cancer died because there were no effective treatments. Cisplatin, a popular cancer drug that was developed in the late 70s, changed the future for these women. Now 95 percent of people who are treated for this type of cancer can be cured. That being said, cisplatin is a rough chemo drug, and the side effects can be completely debilitating. So, while effective, the new focus is on surgical treatment of these types of tumors so that women do not have to deal with the crazy side effects of cisplatin early in their diagnosis.

For 16-year-old girls diagnosed with ovarian cancer, there are many unique concerns. Teenage years are hard enough, so trying to maintain some semblance of a normal life during treatment is essential. Additionally, many cancer drugs, as well as ovarian cancer itself, can affect fertility. Gershenson says that “with germ-cell tumors and granulosa cell tumors, they are almost always unilateral; they only affect one ovary. In almost all of these patients, you can preserve a normal contralateral ovary and uterus, so you preserve their fertility.” This is an important thing to discuss with patients.

Being honest, empowering them during their healthcare, and providing hope while maintaining realistic expectations is important. Chemotherapy is more likely to cause fertility problems. Gershenson emphasizes that fertility can be preserved in most patients. This is an important factor for both providers and patients, and providers work hard to preserve fertility and address individual patient concerns. Reducing the amount of chemotherapy used in this population of patients will further preserve fertility.

The best ways to advance research for rare ovarian cancers

Gershenson says that advocacy movements to lobby congress and the National Cancer Institute (NCI) to focus more on rare cancers is essential. The bottom line is that funding is needed to conduct the necessary clinical trials, and researchers don’t have it.

Olympian Shannon Miller Teams Up with TESARO to Raise... 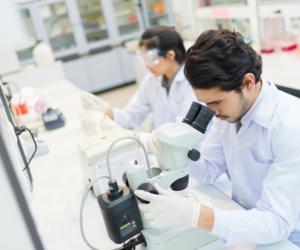 New Treatment for Difficult To Treat Type of Ovarian... 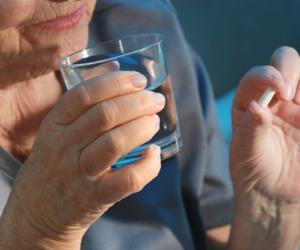 This Compound in Foods Found to Limit Effectiveness... 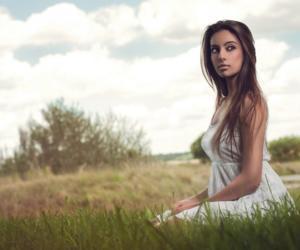 Lynch Syndrome Is a Common Hereditary Cause of Ovarian Cancer

Can Any Woman Get Ovarian Cancer?