The US Food and Drug Administration (FDA) has authorized the use of a direct-to-consumer (DTC) test for BRCA1/BRCA2 genetic mutations. Although it is not the first DTC test available on the US marketplace, it is the first one designed to specifically test for BRCA mutations.

“Being the first and only direct-to-consumer genetics company to receive FDA authorization to test for cancer risk without a prescription is a major milestone for 23andMe and for the consumer,” said Anne Wojcicki, CEO and co-founder of 23andMe. The new test is called the BRCA1/BRCA2 (Selected Variants) report and it only covers three genes irregularities that are associated with an increased risk of breast, prostate, and ovarian cancer. “The test only detects three out of more than 1,000 known BRCA mutations. This means a negative result does not rule out the possibility that an individual carries other BRCA mutations that increase cancer risk,” stated the FDA.

How will I know if my cancer cells are still alive?

More about the test

The test costs $199 for both the ancestry and health-related components. After ordering the test, 23andMe sends out a test kit with a saliva collection tube, which should be sent back to the company to be analyzed. Upon analyzing the saliva sample, 23andMe provides various reports ranging from ancestry to health risks, including BRCA risk. Under the current system, the three genetic mutations covered by the test are the most common ones found in people of Ashkenazi Jewish descent. They are not the most common mutations found among the general population, so a majority of individuals fall through the cracks. Nonetheless, a genetic variant that is detected is still informative.

“The effect of BRCA1 and BRCA2 variants on a person's risk of developing breast, ovarian, prostate, and other cancers is well understood in people of many different ethnicities,” said Katie Watson, a spokesperson for 23andMe. So, if a woman has one or more genetic variants but she is not of Ashkenazi Jewish descent, she is still considered at increased risk of developing breast and ovarian cancer. “And men of other ethnicities who have a variant still have an increased risk of developing male breast cancer and, in some cases, prostate cancer,” added Watson.

According to a recent study, BRCA testing increased from 24.3% to 61.5% over a period of ten years, from 2004 to 2014. Yet, despite the increased rates in testing, a majority of women are not receiving genetic counseling, even though medical guidelines stress its significance. Watson explained that 23andMe provides information on why individuals should engage in genetic counselling, as well as how to contact local genetic counselors. “We believe people should have the choice to access their genetic information, and that's always been core to our mission,” she said. “If a customer decides to view these particular reports, they will be provided with information about resources that may be helpful, including support groups, genetic counseling, and how to discuss results with family,” she added.

Results are clear, guided, and accurate

Watson also stressed that the test has a high level of accuracy, in which the analytical testing of the genotyping process and the company’s ability to identify each of the genetic variants met with the predetermined accuracy measures of the FDA’s review process. “As with our other FDA-reviewed reports, we again demonstrated greater than 99% concordance as compared to Sanger sequencing, which is considered the gold standard for analyzing DNA. It also showed greater than 99% reproducibility and repeatability,” said Watson. The FDA agreed with this report, stating that the company provided sufficient data to portray the test’s accuracy and showed the instructions were easy to follow and they were understood by the consumers. Moreover, “the test report provides information describing what the results might mean, how to interpret results and where additional information about the results may be found,” stated the FDA.

The National Society of Genetic Counselors stated that individuals who test positive for the genetic mutations should be re-tested in a clinical setting under medical supervision before moving forward with any health-related decisions. What’s more, any individual who has a strong family history of breast cancer, prostate cancer or ovarian cancer should consult with a genetic counselor to discuss genetic testing options pertaining to their individualized risk.

People who take the test should still use caution

Yet, not everyone is convinced that the new genetic test is a good idea. Laura Hercher, director of human genetics research at Sarah Lawrence college, said that she believes any individual who tests positive for BRCA mutations can benefit from close medical monitoring and management; however, it is not a good screening test for genetic cancer susceptibility nor is a negative result considered informative. Dr. Len Lichtenfeld, from the American Cancer Society, also predicted that the test will spark controversy. “It is also going to add fuel to a growing fire about how we as a nation assess genetic risks for cancer, and whether society is prepared for what is inevitably going to become a genomic-influenced and informed culture of health,” he wrote.

Myriad Genetics, a company that provides BRCA1/2 testing through healthcare professionals, voiced their concern over a false-negative result that may derive from the test. “We have concerns that DTC tests designed to evaluate only a tiny fraction of the genetic causes of hereditary breast cancer could cause harm to patients by inducing a false sense of security associated with a negative test,” stated Ron Rodgers, spokesman for Myriad Genetics.

Why was it approved?

The FDA’s approval of the test could be related to loosening of the agency’s policies under Trump-appointment commissioner, Scott Gottlieb. Last year alone, the agency approved 46 novel drugs – more than double what they approved the previous year. Still, the FDA made it clear of the risks involved to individuals purchasing 23andMe’s new test. They pointed out that only a minimum number of mutations can be detected, as well as the fact that many cases involving cancer are more likely caused by lifestyle factors, such as use of hormones and smoking. “The test should not be used as a substitute for seeing your doctor for cancer screenings or counseling on genetic and lifestyle factors that can increase or decrease cancer risk,” warned the FDA. Moreover, the agency is establishing “special controls” to make sure that expectations are clear to consumers regarding the accuracy, labeling, and clinical performance of 23andMe’s DTC test.

Robert C. Green, a medical geneticist at Brigham and Women's Hospital, said that the FDA's decision was somewhat astounding, yet rewarding. He noted that even though the information consumers receive may be overwhelming and upsetting, it could empower them to take actions when it comes to their health. “I don’t want to trivialize the potential for serious psychological burden that this risk information might provide; however, it is risk information that we know can lead to life saving interventions. So, you have to balance that against the distress people might feel,” he said.

Despite sparking a few concerns, including false-negative results, 23andMe continue to relay the message that a majority of breast, prostate, and ovarian cancers are not caused by the genetic variants that they test and women without a genetic variant are still at risk of developing these cancers. For this reason, it is important that consumers continue with any cancer screenings that their healthcare providers recommend. “We believe it's important for consumers to have direct and affordable access to this potentially life-saving information. We will continue pioneering a path for greater access to health information, and promoting a more consumer-driven, preventative approach to healthcare,” said Wojcicki. 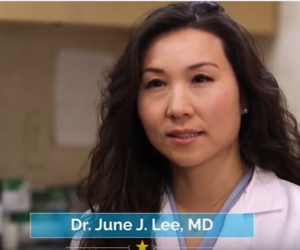 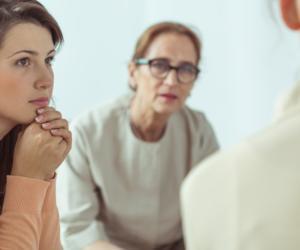 A Nutritionist Shares Which Veggies Can Help Fight Breast Cancer