Leticia Solomon is a true inspiration to women everywhere. Her life was turned upside down back in 1996 when she found out she had stage 4 breast cancer.

When she received the news, she went through a whirlwind of emotions. At first, she was furious. Then, she felt sick to her stomach. It was a lot to process all at once, and nobody can ever be prepared for something like cancer. 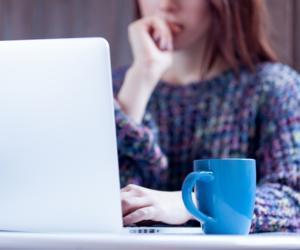 Stage 4 breast cancer is considered incurable, too. It's the point when cancer has already spread to distant parts of your body. This makes it tough for surgeons to remove all the bad cells and makes it even harder to treat without destroying other healthy tissues. To know that you have advanced stage cancer is terrifying - and things weren't looking up for Leticia.

Things you once took for granted suddenly mean so much more

All she could think about was how much she wanted to see her daughter graduate high school. She also yearned to watch her grandkids grow up. These were dreams that she never thought twice about. Now, she had to fight for these precious moments.

Leticia is a fighter - and she fought for her family

Without the inner strength to go on, Leticia wouldn't have been the fighter that she is. She was told that she wouldn't make it see her grandkids grow up or watch her daughter graduate. But facing this tough reality motivated her even more. Her fire burned stronger than ever, and she was determined to live.

Leticia fought hard; she wasn't going to let cancer beat her, no matter how bad the news could be. She wanted more time with her family, and that was what she was going to fight for.

She beat cancer, even at the most advanced stage. She was able to be the mother and grandmother she wanted to be.

Life then took a twisted turn

But then in 2013, the unthinkable happened. Leticia faced cancer for the second time. She was diagnosed with breast cancer again. But Leticia was still as much a fighter as she ever was. She got treated at the Lewis Cancer and Research Pavilion at St. Joseph's Candler. Here, there is actually a survivor bell, and there is a bell-ringing tradition that began in March 2012.

Every time Leticia came into the building, she would walk past this survivor bell. She hoped that one day she could ring the bell, and say that she was a survivor. Then she thought to herself - no, she WAS a survivor. She was going to ring that bell.

When it finally came time for Leticia to ring the bell, it was an achievement that no one could forget. This tradition was a beacon of hope, and Leticia had many supporters to cheer her on. There was News 3's Tina Tyus-Shaw, who was very aware of this tradition. Leticia's friend and coworker, Sharon Aikens, was there too. There were also members of Leticia's medical team, and even strangers, who gathered round to watch her ring this survivor bell. The bell-ringing represented the end of her treatment. It was not only a successful closure on her battle with breast cancer but also the start of a new chapter in her life. It was the beginning of her new life as a survivor.

Leticia is now enjoying life, and she's encouraging other women suffering from breast cancer to fight on. She also advocates for women to be more aware of their own health, especially when it comes to breast health.

Women too often overlook their own breast health. Not paying attention to unusual symptoms can lead to undiagnosed breast cancer that is allowed to progress. The best way to fight breast cancer is to catch it early - that's when people have the best chance of surviving the disease.

The Buddy Check 3 is a way to help you ward off breast cancer. How does it work? It's actually pretty simple. You find a Buddy to partner-up with. A family member, coworker, or friend would work great. Then, you mark your calendars. On the 3rd of every month, you remember to remind yourself and your Buddy about your breast self-exam.

The Buddy Check 3 is actually a great awareness campaign with a goal to educate women everywhere on how to protect themselves from breast cancer. They even made super cute reminder stickers that you can put on your calendar.

What's considered abnormal and when do you run to the doctor?

You might be wondering how to properly do a self-exam. Most people have no idea when to sound the alarm. Afterall, lumps and bumps are a normal part of life, right? So when do you need to go check in with your doctor? If you find during your self-exam that you have any new lump or thickening of your breast, or any new skin deformity such as a dent or dimple, it’s better to be safe than sorry. Go ask your doctor about it and get their professional opinion.

There are other suspicious signs besides lumps that can alert you to something malignant going on. For example, anything abnormal coming out of your nipple is a red flag. Discharge could be a bad sign, especially if you're not breastfeeding. Blood coming from the nipple is even more worrisome, and it's better not to wait before going in for a checkup.

Note also the shape and contour of your breast. Some cancers are very subtle, and only change the outside appearance of your breast ever so slightly. Cancers that do this usually cause some dimpling or puckering in your breast skin. Some breast cancers can also look inflamed, almost like you have a skin infection.

Don't know where to start? You can actually buy a Buddy Check 3 package online to help you stay on track. All you have to do is call St. Joseph's Candler. Their number is 819-2777. When you buy the package, you get a set of stickers for your monthly calendar as well as information about mammograms. It also comes with some more information packets and a mammography schedule, as well as a letter from Tina Tyus-Shaw herself.

How Oncologists Are Changing the Way Breast Cancer...

Breast Cancer Risk Could Depend on a Combination of...

One Transgender Man’s Story of Getting Breast Cancer 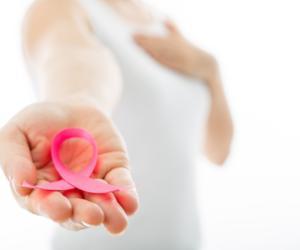 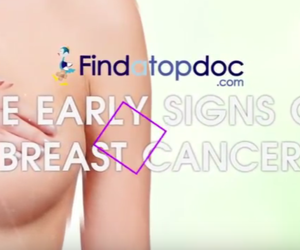 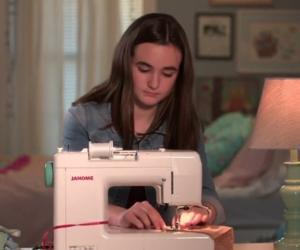