According to a new study published in the journal, Obesity, the fat lost by liposuction — the most popular fat removal cosmetic procedure — returns after the procedure. Researcher Robert H. Eckel, MD, professor of medicine, physiology and biophysics at the University of Colorado Anschutz Medical Campus, reports that the fat lost returns within one year. “The fat lost may not come back in the same place but in different places," he adds.

In this study, women who had liposuction of the lower abdomen, hips, or thighs were studied for a year. Within a year, the researchers noted fat re-accumulation in the upper abdomen and triceps. So, the areas of liposuction did not regain fat. Researchers feel that the probing of the area for liposuction prevents the re-accumulation of fat in the same area. 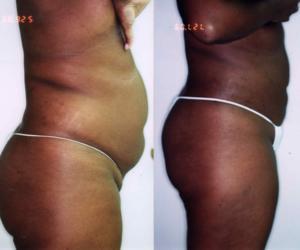 Have a question aboutLiposuction?Ask a doctor now

“In the year 2010, about 203,000 liposuction procedures were performed," reports LaSandra Cooper, a spokeswoman for the American Society of Plastic Surgeons. In this procedure, a thin, hollow tube is inserted through an insertion to dislodge the fat and suck it out.

For the study, researchers recruited 32 women who were about 40-years-old and had an average body mass index (BMI) of 25. None of them had a liposuction before, and always had been in the healthy body weight range for at least three to six months. Out of the total 32 participants, 14 were assigned to liposuction, while the rest served as the control group. None of them had a change in their lifestyle, including exercise and diet.

Doctors removed 5 liters of fat from hips, thighs and lower abdomen in the group assigned to liposuction. After six weeks, the body percent fat reduced by 2.1% in the liposuction group while that of the control group reduced by 0.28%. After the six months, the researchers noted that the difference between the two groups declined considerably. By one year, there was no significant difference in the percent body fat of the two groups.

According to Phil Haeck, MD, is president of the American Society of Plastic Surgeons and a Seattle plastic surgeon, this is a landmark study and expects that more of such studies will be initiated. But, he points out that the study has some drawbacks like a small sample size. He adds that he would like to see the photographs of the participants before and after the procedure to gauge the difference better.

Marcel Daniels, MD, a plastic surgeon in Long Beach, says that he has not seen the return of fat in his patients who have undergone this cosmetic procedure. According to him, this study is a small and preliminary and it is very hard to reach a conclusion with this. He also feels that some of the changes in the fat could be age-related.

Is liposuction safe? Are there any health risks?

How to Recover from Liposuction

More from FindATopDoc on Liposuction

Is liposuction a safe procedure?

Should I get lipo laser treatment rather than liposuction?

Is liposuction a permanent treatment?