Many people pay little to no attention to the appendix. In fact, the appendix is probably the least studied organ in the body. The case can be confirmed by the fact that even in today’s highly advanced doctors and scientists, they still do not know the exact role of the appendix.

The Role and Function of the Appendix

In case you may not know, the appendix is a finger-like pouch that is attached to your large intestine. As stated above, doctors and scientists still do not know its function. Charles Darwin, the first proponent of evolution, theorized that the appendix was used by man’s ancestors, who were earlier hominids, to break down cellulose. However, with man’s diet these days, there is little use for cellulose digestion.

A recent study has revealed that the appendix is not so useless after all. There are those that say that the appendix plays a major role in the body's immune system. There is a lymphatic tissue in the walls of the appendix that produces antibodies, which also acts as a storage for bacteria that is considered useful to the large intestine and by extension, the whole body. The antibodies produced in the appendix are also said to be useful in fighting or preventing infections in the large intestine caused by dangerous ingested food and certain medications.

The appendix, however, becomes very important to us when there is something wrong with it. Appendicitis, a disease caused when there is a blockage in the appendix is common. Appendicitis is extremely painful and can be fatal if not treated in time. Statistics around the world concerning appendicitis is alarming. One in every 15 people in the world will develop appendicitis at one point in their life. The disease is also more apparent in people between the age of 10 and 30, making it very dangerous for children and teens.

What is more interesting is the fact that appendicitis is more common in the Western or developed nations than third world countries. This fact has been attributed to the Western diet. A scientist has for long been debating the role of diet in appendicitis with little success. While there are no known types of food that can directly lead to appendicitis, it has been suggested that fast foods, which are low in fiber, can increase one’s chances of developing appendicitis.

To thoroughly appreciate this fact, we must first examine appendicitis as a condition. Appendicitis occurs when the appendix is blocked by hard stool, a parasitic worm, or a thick mucus. Such obstructions are very dangerous to the large intestine and the body as a whole. The obstructions can cause bacteria within the appendix to multiply leading to a significant swelling on its wall. If not treated, the swelling will rupture, and the contents of the large intestine and the appendix will spill into the abdominal cavity. At this point, only surgery can help you.

It is also not very easy as a layman to diagnose appendicitis at its "infancy." The common symptoms are vomiting, diarrhea, nausea, constipation, fever, and so on. These are symptoms that could easily be mistaken for any other diseases.

So to the question as to the importance of diet in regards to appendicitis, it is clear that food that is low in fiber is a cause for alarm. Much of the Western diet comprises fast food and highly processed food, which are particularly low in fiber but high in fat and sugar. These types of food have been responsible for the rise of appendicitis cases, especially among children and young adults, who eat a lot of fast food or junk food.

About the Term "Diet"

Let’s throw some light on the term "diet" with reference to appendicitis. Diet plays a vital role in the health of a person, to maintain bodily functions and to keep the systems running smoothly. Excessive intake of food causes an overload, fatty deposits, and weight gain. Likewise, lesser amounts of food or skipping meals cause other issues such as weight loss, fatigue, hypoglycemia, and a dip in productivity. Having the right quantity and quality of food are beneficial for the proper functioning of the body. Many families and their lifestyles leave their children predisposed to lifestyle-related diseases. Taking care of your health, working out at least four times a week, and avoiding overindulgence in certain foods like junk, processed, preserved, or concentrated foods can help in reducing the risk of developing illnesses.

Consuming too much food or fat might lead to constipation. Constipation can be prevented by having a high fiber diet, incorporating natural foliage in your food, and drinking plenty of water during the day. Sprouted legumes and vegetables must be included as part of your meals once a day. Instead of snacking on a bar of chocolate or a packet of chips, cook something that is not fried or have a fruit or cup of sprouts instead. Keep hunger pangs at bay, as they could lead to binge eating when hungry. Having a moderate calorie diet with regular servings of food should go light and easy on your bowel. Once you are struck with appendicitis, the diet has to be regulated severely. However, the main point lies in avoiding that condition altogether.

The appendix is a vestigial organ. However, the inflammation, removal, or complication involving any organ or part of the body causes problems in the whole body. The same holds true with appendicitis. Bad eating habits, excessive calorie consumption, and other faulty methods of eating tend to increase the risk of appendicitis. Having a normal bowel movement is necessary, as is cutting down on fats, sugar, and beverages that supply empty calories to the body. Good eating habits coupled with brisk walking or exercises, sufficient fluid intake, and a life devoid of smoking and drinking, is the ideal scenario that would keep any form of illness at bay. Make sure you consult a dietitian in case you are not sure of what diet plan to follow or are confused about your rather erratic eating patterns. For any point of concern, there are doctors and diagnostic tests that can help. 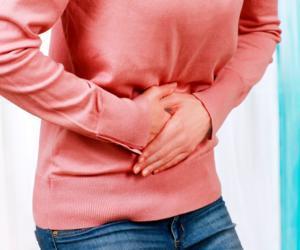 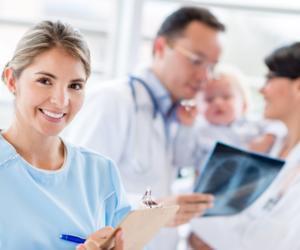 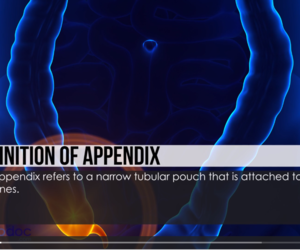 What could this pain on the right side of belly be?

How long after appendicitis surgery can I have sex?

What Are the Most Obvious Symptoms of Appendicitis?