Diarrhea is one of the health conditions that all of us may face at some point or the other in our life. Although the term diarrhea may not sound alarming since it is more often confused with the term loose motion, it is important to understand that diarrhea is a serious health condition that can have serious repercussions on your health if left untreated. Is Diarrhea Serious? Diarrhea can affect both adults and children alike although children are more prone to the risks of diarrhea. Diarrhea is usually a temporary condition which can range from mild to severe. In some cases, it can also turn fatal when it becomes chronic causing the body to lose all the vital nutrients along with water.

Around 2 billion cases of infections relating to diarrhea are reported each year on a global level. Unfortunately, a large number of cases of diarrhea are from children and about 1.9 million deaths are reported in children below the age group of 5 years. 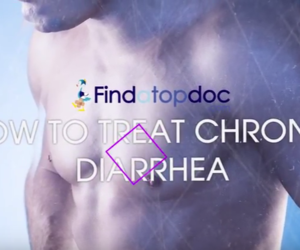 How to Treat Chronic Diarrhea

Some people have the tendency to pass stools frequently which is quite normal. This is particularly seen in aged people whose gastro systems have weakened. But this is not the same as diarrhea. In diarrhea, apart from passing stools frequently, the individual may abnormally loose watery stools resulting in dehydration and severe weakness. Infants and small babies who are on breast milk may frequently pass loose stools due to high intake of liquids. Again, this is normal and should not be confused with diarrhea.

Who is at Risk of Diarrhea?

Diarrhea is characterized by passing of loose and watery stools typically causing severe weakness and dehydration. Diarrhea is a very common medical condition and with timely medical treatments, the severity of this condition can be controlled to a large extent.

Some people may be prone to getting diarrhea frequently and may have as many as one or two episodes this every year. The condition lasts for 2 to 3 days and is treated with some home remedies and over the counter medications. People suffering from diseases associated with the gastrointestinal system or irritable bowel syndrome are prone to suffering from frequent episodes of diarrhea.

How is Diarrhea Classified?

Diarrhea is primarily classified under three groups depending on its duration.

What is the Difference Between Diarrhea and Loose Motion?

Diarrhea is a condition affecting the bowel system of the patient and is caused when the patient passes at least three or more loose stools each day. The consistency of these stools is liquid. Diarrhea normally lasts for a few days and in some cases gets prolonged based on the severity of the condition. It is often known to cause dehydration in patients due to excessive loss of fluids from the body. There are specific signs and symptoms of dehydration like stretching of the skin and changes in the personality. Dehydration can suddenly progress into reduced amount of urination, discoloration of the skin, increase in the heart rate and many more as the condition worsens.

Loose motion on the other hand is less severe and is the most common problems associated with the stomach. Most individuals face episodes of loose motion at least twice a year. Although loose motions are common medical conditions, they can cause a considerable amount of weakness and discomfort in an individual.

What are the Common Causes of Diarrhea?

Diarrhea is mainly caused due to extra fluids or water being secreted out into the stools rather than being retained by the body.

Short term diarrhea is normally caused due to an infection of the bowel system due to a viral attack such as norovirus or rotavirus; bacterial infection like campylobacter, E.coli that leads to food poisoning and other parasites like Giardia instestinalis. Other causes associated with short-term diarrhea include anxiousness, excessive consumption of alcohol, allergies triggered by food, appendicitis or damages caused to the intestinal lining due to radiotherapy.

What are the Common Symptoms of Diarrhea?

The common symptoms of diarrhea include:

Diarrhea in Children is more Common than Adults

Diarrhea can be called as a reflexive action of the body to get rid of germs and viruses that may have infected the system through food or any other unhygienic practice. Diarrhea is known to affect a large number of children every year. Children are more prone to getting diarrhea compared to adults due to the following reasons:

Can Diarrhea be Prevented?

Although much of the ways in which a diarrhea is induced in the system is not in our control such as infections and other medical conditions, there are basic hygiene steps one can take to prevent the occurrence of such infections. Introducing hygiene practice in both adults and young children is an important step towards the prevention of diarrhea. If you are traveling, it is advisable to follow some basic precautionary measures especially when traveling to places where hygiene standards remain questionable.

For someone with diarrhea, how often should oral rehydration...

What is the best treatment for diarrhea?

What can I do to help manage my problem of frequent... 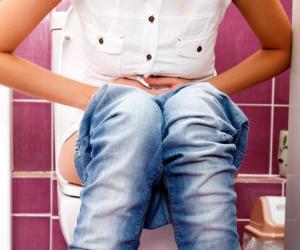 For someone with diarrhea, how often should oral rehydration salts be given?

What's the best way to stop my baby's diarrhea?