Vitamin A is a group of fat soluble vitamins that plays a major role in the function of our immune system as well as in vision and cellular communication. Vitamin A serves several important functions that help us to maintain a healthy body. It is important in helping to keep our eyesight, neurological functions, and skin healthy and functioning well. Vitamin A is essential to our diets and has a number of health benefits, a number of which help avoid some of the serious complications that could otherwise result if there was a vitamin A deficiency.

What is the importance of vitamin A in our diets?

Is it possible to lose your ability to talk after neurosurgery?

Some of the most important functions that vitamin A serves include reducing the inflammation, building strong bones, regulation of genes, maintaining clear healthy skin, helps in cellular differentiation and supports the immune function.

Some of the best dietary sources of vitamin A are carrots and other yellow or orange vegetables, milk, liver, and leafy green vegetables.

What are the forms of Vitamin A available in the human diet? 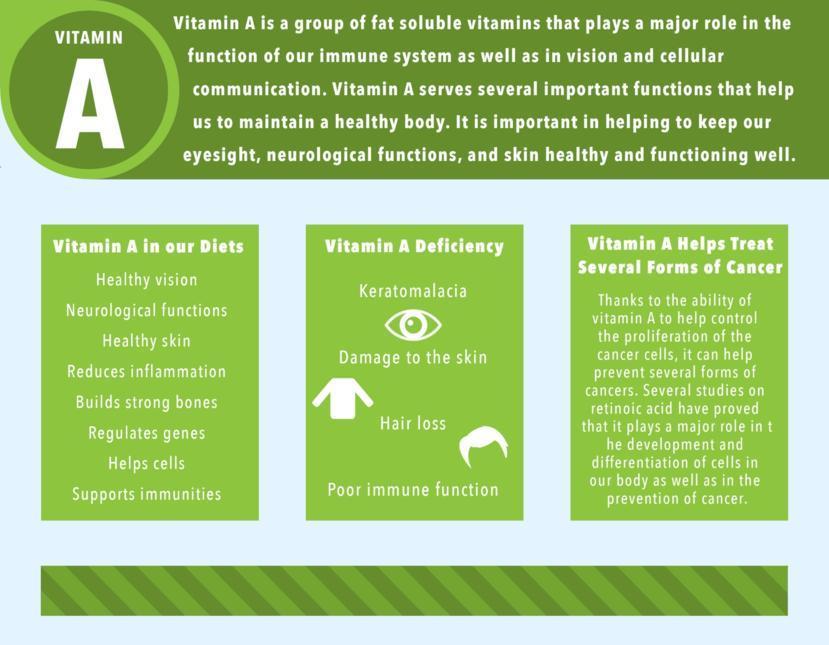 Can you be deficient in vitamin A?

You can also develop a vitamin A deficiency if you have leaky gut syndrome, inflammatory bowel syndrome, gluten sensitivity issues, and pancreatic disorders. All of these increase the likelihood of your developing a deficiency in vitamin A. In addition, alcoholics are at great risk of vitamin A deficiency because, aside from inadequate dietary intake, alcoholism affects the absorption, storage, metabolism, and activation of the vitamin.

Vitamin A deficiency is a common public health problem especially in Africa and Southeast Asia. Young children and pregnant women are at higher risk of developing vitamin A deficiency where malnutrition exists in these countries.

In young children, vitamin A deficiency is a serious problem because it affects their vision and increases their risk of developing severe illnesses, and as a consequence of such, their risk of dying.

What can happen if you are deficient in vitamin A?

Vitamin A is a vitamin that is essential in maintaining good vision. If you are deficient in vitamin A, your vision may be affected. Vitamin A deficiency can lead to cortical thickness, and with time, this can progress to blindness.

The need for vitamin A by your body is maximal during pregnancy especially during the last trimester. If you do not consume adequate amounts of vitamin A as needed by your body, you may suffer from night blindness. You have to give your body what it needs, and in the right amounts.

Severe vitamin A deficiency can result if you do not eat enough foods with vitamin A, or if you have a metabolic problem that reduces the absorption of vitamin A by your body.

2. Damage to the skin

Vitamin A plays a major role in maintaining healthy skin, and so its deficiency will lead to skin damage. If you have vitamin A deficiency, you may notice changes on your skin such as drying, scaling, and follicular thickening. This condition is known as hyperkeratosis. It is the thickening of the outermost layer of your outermost epidermal skin layer. Specifically, you may develop follicular hyperkeratosis, which is the excessive development of keratin in the hair follicles and leads to rough, elevated papules on your skin.

A known complication of vitamin A deficiency is losing hair.

Vitamin A plays an important role in maintaining good immune system function. As a result of a deficiency in vitamin A, you may be prone to more recurrent respiratory tract infections. The severity of the effects is greater if you are young. Amongst children, growth retardation and infections are the most common manifestations. The mortality rate among children with severe vitamin A deficiency goes beyond 50%.

Does vitamin A help any specific diseases or conditions?

Yes, vitamin A has several health benefits which will help you avoid some of the serious complications that could result from a vitamin A deficiency.

Vitamin A plays an important role in the protection of the eyes. It is an essential part of the rhodopsin molecule. Rhodopsin molecule is present on the retina and when light strikes on the retina, these molecules send signals to the brain, a process that ultimately results in vision.

Beta-carotene is a form of vitamin A that is found mainly in plants and plays an important function in the prevention of macular degeneration, which is known to be most common cause of age-related blindness.

The National Eye Institute once sponsored an age-related eye disease study which showed that those people who had a high risk of macular degeneration, when supplemented with vitamin A, had a 25 percent reduced risk of the disease within a period of six years.

During the study, it was also found that using vitamin A eye drops are an effective method to treat dry eyes.

Stargardt’s disease is an inherited eye disease that results in severe vision loss in young people. In a study carried out in 2011, it was found that a synthetic substance that was an improved form of vitamin A was able to slow down the advancement of this disease.

2.       Vitamin A improves the immune function

Many functions in our immune system are dependent on vitamin A, which is why vitamin A is necessary for the immune functions. Most of the genes involved in the immune responses are regulated by vitamin A.  This means that vitamin A is an essential vitamin to help our body fight against not only minor illnesses like the flu or common cold, but also major ones like cancer and autoimmune diseases.

Beta-carotene, also known as provitamin A, is a powerful antioxidant that also helps prevent chronic illnesses by boosting the immune system.

Studies have shown that the use of vitamin A supplements reduces child mortality by 24% in low and middle income countries. It was also found that those children with vitamin A deficiencies were at higher risk of developing infections like measles and diarrhea.

The Colombian healthcare-related social security system also carried out another study where 100,000 children who had never taken vitamin A supplements were given vitamin A supplements. The results showed that there was a great reduction in the number of hospitalizations for acute illnesses such as diarrhea, and medical costs for them were drastically reduced.

3.       Vitamin A can suppress the inflammation

Vitamin A is an antioxidant, a substance that neutralizes free radicals in the body which would otherwise cause damage to tissue and cells. Thus, vitamin A helps suppress inflammation in your body. Also, vitamin A helps reduce the risk of certain types of food allergies and therefore inflammation.

The immune systems of some groups of people become overactive in response to certain types of food, resulting in food allergies. Sufficient amounts of vitamin A in your body will prevent cells in the immune system from over-functioning and thus reduce the risk of food allergies in these people.

Another advantage of reducing inflammation in the body is that it also reduces the risk of some neurodegenerative diseases such as Parkinson’s disease and Alzheimer’s disease.

Thanks to the ability of vitamin A to help control the proliferation of the cancer cells, it can help prevent several forms of cancers. Several studies on retinoic acid have proved that it plays a major role in the development and differentiation of cells in our body as well as in the prevention of cancer.

Retinoic acid has been found to reduce the risk of prostate, breast, ovarian, bladder, lungs, skin, and oral cancers. Several studies have provided evidence that the molecular function of retinoic acid in controlling cellular development and differentiation controls the fate of many cancer cells.

Anything in excess is not so good. Likewise, too much retinoic acid in the body is not a good thing, as it can become toxic to the body's cells. Therefore, it is best used as a supplement to treatment, to help to prevent or slow down the progression of the cancer.

It is best if you get your vitamin A from natural sources such as food rather than from supplements.

5.       Vitamin A is good for skin health and cellular growth

Vitamin A is essential in the healing of wounds. It helps in the formation of glycoproteins, which are a combination of sugar and proteins that helps bind cells together and form soft tissue. Vitamin A is thus necessary for wound healing as well as skin regrowth. Vitamin A supports all epithelial cells, which are found both internally and externally. It is also a great fighter against skin cancer.

Furthermore, several studies have proven that vitamin A is helpful in the treatment of acne as well as helps improve overall skin health. Vitamin A is responsible for the production of collagen. Collagen is a substance in the body that helps make your skin look healthy and young. Vitamin A helps get rid of those wrinkles and lines.

Vitamin A also contributes to maintaining healthy hair. If you start experiencing hair loss, one of the first things to consider is whether you are getting sufficient vitamin A.

Can fibroids recur after a surgery?

What home remedy is good for a child's fever?

More from FindATopDoc on Vitamin A 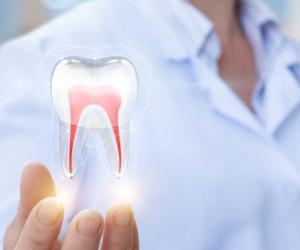 Root Canal Treatment: What is It and Can It Be Avoided?

Will vitamin A supplements improve my eyesight?

Will vitamin A supplements improve my eyesight?