Eating disorders consist of a number of conditions, but all of them harbor an intense obsession with food, appearnace, and weight. Oftentimes, the obsession is very strong; it disrupts a person's health, familial and social relationships, as well as their work and daily activities. Anxiety, depression, and low self-esteem are common accompaniments of an eating disorder. Only a medical professional with a working knowledge of eating disorders may make a diagnosis. There are a number of diseases that may 'look' like an eating disorder, because they may display the same symptoms. For example, Lyme disease is known as 'the great imitator', because it produces symptoms that are reminiscent of anorexia nervosa. It may present a variety of psychiatric and neurological disorders akin to those of an eating disorder. Celiac disease is also known as 'the great imitator', because it presents a number of symptoms involving several organs.

Feeling sick after eating after not eating for a while?

The exact reason for the development of eating disorders is not known. However, many health professionals believe that it is caused by a combination of genetic, psychological, physical and social factors. Some rare eating disorders, such as pica and rumination, are believed to occur more often in those with intellectual disabilities.

According to some studies, there are certain genes which increase a person’s susceptibility of having an eating disorder, as a result of Mendelian inheritance. Mendel proposed a set of laws in 1865 which are now referred to as 'Mendelian inheritance'. These are laws of biological inheritance. Eating disorders are also heritable. Most of the time, a person with a first degree relative, which include parents or siblings, who has an eating disorder is more likely to develop one too, increasing their chances by 7-12 percent. Recent studies have finally pinpointed two specific genes that predispose one to anorexia or bulimia. Epigenetics, which are genes altered by the environment, can also contribute. Functions in the brain that suffer from dysregulation have also been linked to eating disorders.

There are various personality traits that correlate with the development of eating disorders. During adolescence, these traits may become augmented due to various social and environmental factors. Eating disorders have been associated with a fragile sense of the self, overachievers, and 'Type-A' personalities, whereby the individual feels a strong sense of perfectionism and is a hard worker. There has also been research indicating that girls who consistently try to please their parents and are obedient develop more eating disorders than those who do not exhibit these traits.

An association of anorexia nervosa with celiac disease has also been found. People with gastrointestinal disorders may be more prone to developing eating disorders than the rest of the population, due to having to restrict their eating habits.

Eating disorders are classified as Axis I in the Diagnostic and Statistical Manual of Mental Health Disorders (DSM-IV). There are a number of other factors that could contribute to the development of an eating disorder, and some fulfill the criteria for separate Axis I diagnoses. The DSM-IV should not be used for self-diagnosis. Even when used by professionals, it can be misinterpreted. An individual with an eating disorder has an underlying mental health or psychological problem that could contribute to the condition. These problems could be one of many:

Plenty of evidence has shown how society and culture play a role in the occurrence of eating disorders. Due to the current media trend of thin being a representation of beautiful, people both with and without eating disorders are made to feel inadequate if they do not match this 'ideal'. An unrealistic stereotype of 'beauty' permeates the fashion industry, leading to a feeling of inferiority among those who do not match what they see in magazines and in fashion shows. This phenomenon is localized mostly to the Western world; the growing prevalence of a thin ideal in non-Western countries shows that social factors are not the only predisposing traits that lend themselves to eating disorders. Peer pressure sometimes encourages a thin body shape, contributing to the development of an eating disorder. Those who are teased for their weight or size may be inclined to either turn to food as a coping mechanism, or turn away from it completely. Dieting can start among girls as young as nine or ten, attempting to do so because their friends are 'doing it too'.

Parental influence has strong to be a strong contributor to the development of eating disorders. This influence is shaped by a number of factors, including religious or cultural food restrictions, the parent's body shapes or eating patterns, and their personal relationship with their child. Controlling, overbearing parents who lack the ability to convey emotions to their children will often see their children develop an eating disorder as a result of a strained relationship.

Eating disorders are significantly more prevalent among athletes. Female gymnasts, ballerinas, and divers are shown to be at the highest risk for development of anorexia or bulimia, due to their participation in 'aesthetic' sports.

States of semi-starvation, even in healthy individuals, are thought to trigger anxiety, depression and neuroticism which can promote a prolonged cycle of starvation. Brain imaging studies have also shown that people with eating disorders could have an altered brain circuitry that can lead to the development of eating disorders. In addition, research has suggested that serotonin may have an influence on eating behaviors. Serotonin is a brain chemical responsible for regulating mood, sleep and learning, among other things. Low levels of serotonin can have multiple effects on the body, one of which being depression, which can contribute to eating disorders such as anorexia and bulimia. Norepinephrine, dopamine, and neuropeptide are all neurotransmitters contributing to the development of such disorders, as excess or low volumes of them alter the brain's chemistry.

Traumatic life events such as sexual or physical abuse can sometimes lead to the occurrence of eating disorders. Usually, survivors of trauma struggle with guilt, shame, a feeling of lack of control and body dissatisfaction. Statistically, victims of sexual abuse have been more prone to develop eating disorders. The eating disorder may be the person’s way of attempting to regain control and cope with their emotions. Additionally, in some cases, eating disorders are an expression of misdirected self-punishment to the trauma or self-harm.

This is the most common precipitating factor for the occurrence of eating disorders. Many people have continued to take extreme measures and buy dangerous products to lose weight. For people who are genetically predisposed to have eating disorders, dieting can be the means for a heightened obsession with weight and food. In addition, dieting can intensify feelings of shame and guilt around food, which will then contribute to a cycle of bingeing, purging, restricting or excessive exercise. 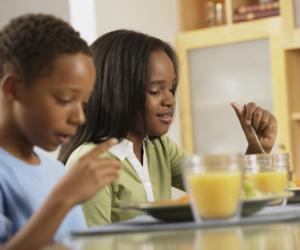