Eating disorders can be caused by various situations. A large factor in the development of eating disorders in young individuals is peer pressure and various other social factors. Treatment for eating disorders is absolutely necessary, because prolonged suffering can cause serious damage to the body. These include weight gain, weight loss, nutritional deficiencies and sometimes death. 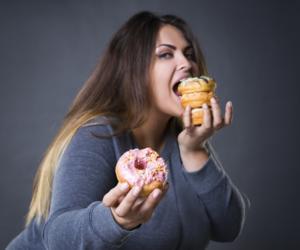 What Age Group is Affected by Binge Eating Disorder?

Signs You Have An Eating Disorder

This is one of the most common eating disorders. The telltale symptoms of anorexia nervosa are poor skin and hair, low body fat and sooner or later, organ failure. Another crucial indication of people with anorexia is skipping meals. These people will say that they have already eaten or will eat later but are in fact just skipping meals altogether. In addition, people with anorexia develop a complex that causes them to aim for a weight even less than what is normal and healthy for their age. Aside from limiting their food intake and starving themselves, they may exercise a lot, to the point of excess. Anorexia nervosa is indicative of a number of underlying emotional issues. Complications arising from anorexia may include osteoporosis, infertility, and irreparable damage to the organs.

It is thought that genetics may be a contributing to anorexia, since identical twins have a higher chance of both having anorexia than fraternal twins. A cultural emphasis on being thin and idolizing a body type that boasts thinness also contributes, driving young women to starve themselves in an attempt to achieve this 'ideal'. Adolescent sufferers from anorexia are typically 'Type A', overachieving, eager-to-please perfectionists, with a strong desire to please their parents. 'Aesthetic' sports such as gymnastics, diving, and ballet are thought to produce athletes with a higher risk of developing anorexia. As of 2013, two million people all over the world suffered from anorexia.

The main goal of treating anorexia is to bring the individual back to a healthy weight, with a specific BMI that varies according to the individual's age, height, and body type. Although the majority of those suffering from anorexia will only experience a singular episode, it can sometimes continuously reoccur, with the individual battling it constantly. In these cases, cognitive behavioral therapy is highly recommended, since it targets psychological factors that are a massive component of developing an eating disorder.

Bulimia nervosa, also one of the most well-known eating disorders, is very dangerous. People with bulimia are known to purge after eating. Purging can be done in several ways, but the most common methods are throwing up food immediately after consuming it, and the use of laxatives. People with bulimia may eat normally, overeat or limit their food intake but will purge after their meals. A common sign of bulimics is going to the bathroom right after a meal. If you suspect someone may have bulimia, you are advised to watch their post-meal habits carefully.

Peer pressure and societal influences associated with body image, depression, anxiety, trauma and being female are some of the risk factors for the development of bulimia nervosa. This condition can lead to serious complications such as heart problems, depression, missed periods in women, digestive problems and dehydration. Excessive vomiting can also completely destroy the enamel that coats our teeth, resulting in weak teeth that may crack and break. Bulimia is more common among those who have a relative suffering from bulimia. The exact reason for this is unknown, but is believed to be connected to a number of other biological factors that predispose an individual to suffering from an eating disorder.

The primary method of treatment used to help push out bulimia is cognitive behavioral therapy, which focusing on altering thinking patterns to ones that promote a healthier lifestyle. It is proven to be more effect as a long-term treatment. However, when bulimia in an individual is excessive, hospitalization may be required to ensure they are consuming adequate foods and liquids. Antidepressants my be administered to help regulate levels of serotonin and dopamine, which contribute to the prevalence of depression in an individual, since depression puts someone at a higher risk for developing an eating disorder.

In 2013, it was thought that bulimia nervosa affected almost six and a half million people worldwide. Social factors and the media are thought to be highly constituent factors, since bulimia is more common in developed countries than developing countries. About two to three percent of women will be affected by bulimia at some point in their lifetimes.

Binge-eating disorder (BED) is characterized by binge eating, but without the purging that comes with bulimia. It tends to garner less media coverage and attention than anorexia nervosa and bulimia nervosa. It is present in about 2% of adults in the United States each year.

Research indicates that binge-eating disorder can be induced by various environmental factors, like trauma. One study discovered that women with binge-eating disorder had experienced either a single traumatic event or a continuous slew of stress and adversity for up to a year prior to developing the disorder.

Other Tell-Tale Signs of Eating Disorders

People suffering from eating disorders may have any of the following signs:

If you or a loved one is suffering from an eating disorder, immediate medical help is needed to prevent the condition from progressing. 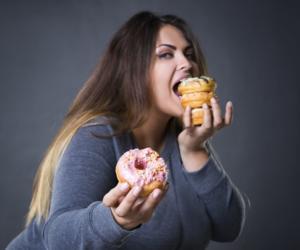