What is acid reflux?

The acid in the stomach, which is hydrochloric acid, helps break down the food particles and protects the stomach against harmful microorganisms such as bacteria. The lining around the stomach protects it from the harmful acid. However, the esophagus is not protected against gastric acid. Thus, when there is a gastroesophageal sphincter valve failure, the stomach sends the acid back up, which you can feel in your lower chest area as heartburn.

How effective are home remedies in treating acid reflux?

Acid reflux is a very common problem and almost everyone experiences an acid reflux every once in a while. However, if you regularly have an acid reflux, it may be due to several gut-related diseases with gastroesophageal reflux disease as the most common of them all.

An acid reflux happens due to the failure of the gastroesophageal sphincter valve. This valve lets food enter the stomach and does not let it go back up. When it fails or becomes weak, the acid can go back up the food pipe and cause a burning sensation in the lower chest area. The main causes of acid reflux are as follows:

How to Avoid an Acid Reflux

Once in a while, an acid reflux is considered normal and mild. However, if the problem persists for more than once or twice a week with a recurring symptom of heartburn, it can be regarded as very serious. The common health conditions that are associated with acid reflux disease include:

Certain lifestyle and dietary changes can help a lot in dealing with acid reflux problems. For example, eating small and frequent meals throughout the day will help control the acid in your stomach, thereby reducing the reflux issue. Another way is to quit smoking to suppress the problem. Snacking right before going to sleep is one of the leading causes of acid reflux and needs to be kept in check. Eating at least two to three hours before sleeping reduces the chances of having acid reflux. Try to sleep in a position wherein you can elevate your head by four to six inches to avoid a backflow of the stomach acid. Apart from these tips, maintaining a healthy diet with a planned set of exercises to maintain one’s weight can also help combat an acid reflux.

Foods That Can Cause an Acid Reflux

Consuming an unhealthy diet in large and heavy meals throughout the day is one the major causes of acid reflux. Having large-sized meals twice or thrice a day or eating right before one is about to sleep causes an acid reflux. Changing some of the food habits goes a long way and helps in reducing the problem of acid reflux.

Avoid foods that have a lot of onion and garlic when you constantly suffer from acid reflux issues. Citrus fruits and juices are also acid reflux triggers and should be avoided. Apart from these foods, chocolate, caffeinated drinks such as sodas, coffee, tea, and alcoholic beverages also cause an acid reflux and should be minimally consumed to avoid having acid reflux symptoms.

Acid reflux can be prevented by doing some lifestyle changes such as eating smaller meals, not lying down at least two to three hours after eating, reducing one's weight if overweight, and quitting smoking.

One can also make use of medications if the problems are persistent and do not tend to go away. Antacids are usually recommended for people who do not frequently suffer from an acid reflux. Antacids contain chemical compounds such as calcium carbonate, sodium bicarbonate, and magnesium hydroxide for an immediate relief. The long-term use of antacids is usually discouraged by doctors. If a patient's acid reflux problem still persists, antacids are usually replaced by other types of medications.

People who regularly experience heartburn due to acid reflux are prescribed with medications that reduce the production of acid in the stomach, thereby limiting the amount of damage that can be done. They can be in the form of proton pump inhibitors or H2 blockers, both of which can be taken regularly or for long-term use.

Aside from these medications, other types of acid blockers and suppressants can also be used to relieve pain from an acid reflux.

Are you put to sleep for an endoscopy?

More from FindATopDoc on Acid reflux

What causes acid reflux all of a sudden? 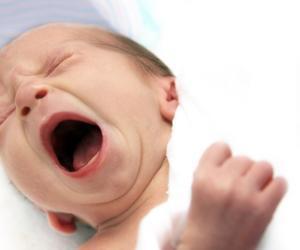 Does My Baby Have Acid Reflux? 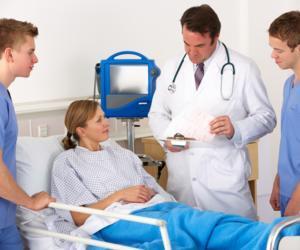 Drugs for Heartburn May Cause Hip Fractures

What is the reason for my acidity?