Millet is a type of grain that belongs to the Poaceae family (grasses). Important sources of human food in the world, such as barley, oats, wheat, and sugarcane, also belong to this family.

Millet has an ancient history in the human diet, even though most people may regard millet as a type of grass seed that attracts small birds. Millet cultivation was even traced as far back as ca. 10,300 and ca. 8,700 before cal yr BP (calendar years before the present), making millet the oldest dry farming and drought-resistant crop in East Asia (1). 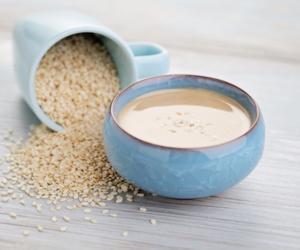 Have a question aboutMillet?Ask a doctor now

It is a small round seed that comes in brown, gray, red, white, and yellow colors. In some regions of East Asia, India, and Africa, millet was even cultivated before rice and wheat. Most commercial millet crops are mainly produced by China, India, and Nigeria.

This grain has a mild nutty flavor that can complement different types of food. It is fluffy like rice and creamy with the consistency of mashed potatoes. Like most grains, millet is also available all year round in markets. Generally, the hulled variety is the most commonly available form of this grain. However, its cracked form is also available and is used for traditional couscous. Since millet is high in starch like other grains, it can be used as a cereal, in snacks, porridge, and bread making.

Millet is also gluten-free, which means that people with celiac disease may use it instead of wheat. It is also a good source of magnesium, manganese, phosphorus, copper, potassium, and other nutrients that can help improve overall health.

According to another study, a type of protein that is extracted from foxtail millet bran shows anti-colon cancer properties. The study has shown that millet may be used as a good therapeutic agent for people with colon cancer (3).

Like other high-fiber foods, millet can help improve the digestive tract by reducing common gastrointestinal symptoms, such as bloating, excess gas, cramping, and constipation.

By maintaining a healthy diet, digestive processes can be improved and can help reduce the chance of developing gastric ulcers and other serious GI conditions such as colon cancer.

Having a normal digestion and regular bowel movements can also help improve the health of other organs, such as the liver, kidneys, and other organ systems, including the immune system.

A study has shown the protective effects of whole grains and fish when these foods are consumed by children with asthma (4).

Although there was controversial evidence, the intake of fish and whole grains has significantly shown a reduction in asthma attacks and wheezing by approximately 15 percent. When talking about wheat, which is a common trigger for wheezing and asthma, its components are different from what millet contains. Thus, millet consumption in people with asthma does not cause the same negative effects of consuming wheat.

A team of biochemists from the Biochemistry Department of the Memorial University of Newfoundland in St. John's, Canada studied the phenolic content and antioxidant activity of several millet varieties, which include little millets, finger, Kodo, foxtail, pearl, and proso.

The results of their analysis showed that among the millet varieties, Kodo millet had the highest phenolic content and proso millet with the least. However, all millet varieties showed high antioxidant properties in both bound and soluble fractions (5).

Diabetes is a chronic disease that is associated with high levels of glucose (sugar) in the blood. This disease also affects millions of people in the world.

Millet is rich in magnesium and is a staple food in some countries, where a low incidence rate of diabetes is found. According to one study, a lower glucose level can be achieved when finger millet is consumed instead of wheat and rice (6). Whole grains such as millet contain important minerals, such as magnesium, which can help improve insulin efficiency and glucose levels in the body.

One of the best grains to include in your diet is millet, particularly if you want to consume foods that help protect your heart.

Being a good source of magnesium, consuming millet may also help reduce the risk of developing high blood pressure, heart attack, stroke, and atherosclerosis. Aside from magnesium, millet also contains other minerals, such as potassium, which helps regulate blood pressure through its vasodilating effects. Remember that one of the best ways to improve your cardiovascular health is to normalize your blood pressure.

Moreover, millet contains plant lignans that can be converted by the digestive system's microflora into animal lignans. Animal lignans have shown protective properties against chronic health problems, such as heart disease and cancer.

It would also be beneficial for postmenopausal women who have high blood pressure, high cholesterol, and other signs and symptoms of cardiovascular disease to consume whole grains like millet for at least six times a week.

How to Consume Millet

Millet can be served and consumed in the following ways:

More from FindATopDoc on Millet

Why is my mother refusing to eat? 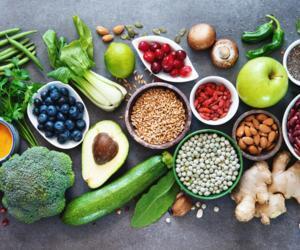 What can I do to maintain a healthy kidney for my child?

Why Is Tilapia a Versatile and Healthy Fish Choice?