Leptin has been regarded as the "fat hormone", "obesity hormone", and in some cases, called the "starvation hormone". Scientists discovered leptin in the year 1994, and with its discovery, there was a lot of excitement since it was regarded as a potential hit product for weight loss treatment.

There has been a common notion among people that weight gain or loss is all about how much calories we take in or cut off. Moreover, it also depends on the willpower and determination of individuals. However, scientists and studies suggest something else. According to studies, weight loss or gain is said to be associated with a certain hormone in our body called leptin. If an individual becomes resistant to the effects of this hormone, then it is thought to promote weight gain.

My daughter has suddenly lost her appetite. Could it...

Normally, leptin levels are genetically stored at a certain threshold. However, when leptin levels exceed that threshold, the brain senses that the individual has enough energy stored. This would mean that one can burn energy and exercise at a normal pace, and also eat food in normal and moderate amounts.

Leptin can also engage in heavy processes such as puberty and pregnancy. Apart from these processes, the other functions carried out by leptin are fertility, boosts immunity, and proper functioning of the brain. However, its main role is regulating energy and balancing it by first identifying the amount of calorie intake as well as the amount of fat stored in the body.

During periods of starvation or dieting, an individual tends to eat less, which leads to fat cells losing some of their fat. This, in turn, decreases the production of leptin. Starvation leads to a decrease in the energy intake, which, in turn, leads to some weight loss. It then leads to leptin going below its threshold level. The brain then senses starvation and to revive the leptin levels back to the normal threshold, various processes begin in the body.

One of the processes involves the stimulation of the vagus nerve. This nerve normally runs in between the abdomen and brain. When the vagus nerve is turned on, it leads to feelings of hunger, which then leads the person to eat more, so that the body regains back the leptin threshold.

How does leptin work?

The way leptin is supposed to work is by informing the brain that you are already full. Its process is quite simple. As previously mentioned, leptin is produced by the fat cells of the body. This would mean that the more fat we carry in the body, the more leptin will be produced. Leptin is then carried through the bloodstream and then enters the brain. While in the brain, it sends out a signal to the hypothalamus. The hypothalamus is the area of the brain that controls when we eat and the quantity of food we eat.

Fat cells use leptin to inform the brain on how much body fat they carry. If there is too much leptin produced, then it sends a signal to the brain that you have plenty of fat stored. On the other hand, lower levels of leptin would provide a signal that there is a low amount of fat stored and the body is at risk of starvation.

What is leptin resistance?

When it comes to animals, leptin is known to promote weight loss and satiety. However, in humans, it does not promote too much of weight loss. Hence, there is no foolproof method. Individuals who are obese tend to have high levels of leptin even though leptin is known to cause satiety. It suggests that leptin resistance leads to obesity in humans.

Leptin resistance happens when leptin does not work as it should be. It should either decrease one's appetite or cause an increase in energy levels. In today’s time, leptin is known to be the driver of weight gain among individuals. The fat cells present in our body are known to produce leptin, which should be in proportion to our size. Although people who are obese have high levels of leptin, it does not perform its job well leading to more weight gain.

Individuals who are obese tend to have a lot of body fat stored in their fat cells. Since fat cells produce leptin, obese people tend to have high levels of leptin as well. However, leptin is not effectively functioning as it should, so people battling obesity tend to eat more and burn less fat.

Their brain should know that they have plenty of energy stored in the body. However, in such situation, the underlying issue is that leptin signaling to the brain does not work as it should be. The body has a host of leptin floating in the body, but the brain just does not seem to recognize it. This is the condition that gives rise to leptin resistance.

Leptin resistance is now believed to be the main cause of human obesity. Since the brain fails to receive leptin's signal, it tends to erroneously process that the body is starving, even if the body has more than enough energy stored in it. This abnormal process changes our behavior and physiological patterns.

To gain that energy or fat, which our brain thinks are missing in the body:

Therefore, eating more and having less exercise are not the only reasons for weight gain. It is also a hormonal defect or a consequence of leptin resistance.

What are the causes of leptin resistance?

There are many causes, which have been proposed to explain leptin resistance. It includes an impairment in the transportation of leptin and leptin's signaling issue. When it comes to the cerebrospinal fluid of obese individuals, leptin levels are slightly increased, which becomes the reason why leptin does not get into the brain much.

Individuals with high triglycerides can also impair leptin from getting into the brain. Another cause would be fewer leptin receptors. Leptin signaling cascade is also one of the causes why leptin does not enter the brain. Brain-derived neurotrophic factor (BDNF) levels are also impaired due to leptin resistance, which ultimately results in weight gain.

In some cases, there are free fatty acids floating in the bloodstream, which leads to an increase in the fat metabolites in the brain, thereby causing interference with leptin's signaling or communication with the brain.

The following are other factors that can also lead to leptin resistance:

More from FindATopDoc on Leptin Resistance 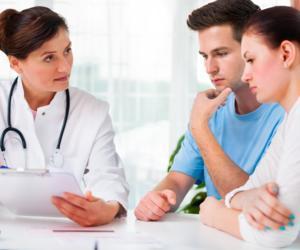 What Is the Purpose of the Hormone Prolactin?

My son is suddenly gaining a lot of weight. Could it... 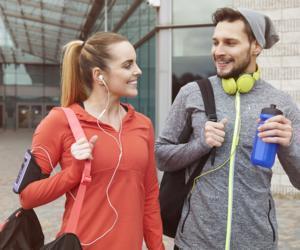 Why am I gaining weight despite of exercise and diet?

What doctor do you see for a hormone imbalance?