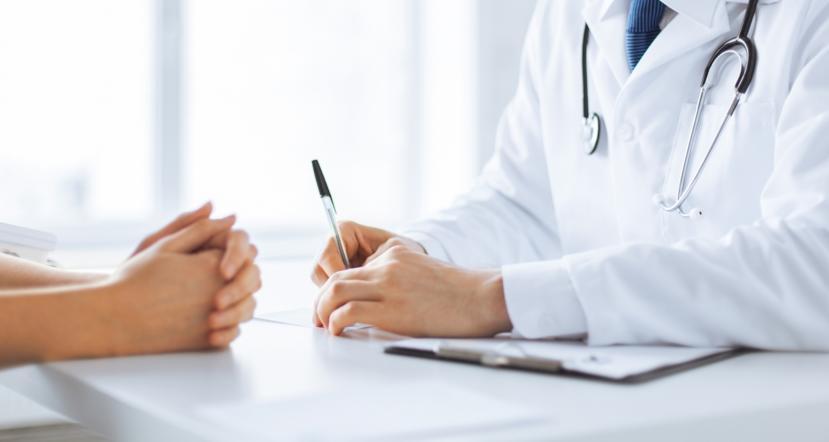 Dr. Leo Galland is an internist practicing in New York, NY. Dr. Galland specializes in the evaluation and treatment of patients of all ages with complex chronic disorders, most of whom have consulted numerous specialists without getting well. Dr. Galland’s practice is grounded in 3 principles: (1) Identify the root causes... more

Lyme disease is spreading across the country at an alarming rate. Cases are appearing not only in well-known endemic areas like the northeast, but in California and Florida and in prairie areas of the mid-west. The CDC now recognizes that more than 300,000 new infections occur every year in the U.S. Most of these infections are acquired in late spring or early summer, but I’ve seen a handful of people who acquired Lyme disease in winter when the weather was mild.

Although most people associate deer ticks with deer, they hitch rides on a wide range of small animals including white-footed mice, chipmunks, shrews, prairie dogs, birds, squirrels, raccoons, opossums and skunks, that can bring them right into your backyard. Even birds have been found to carry deer ticks as far north as the Yukon in Canada.

Textbooks indicate that Lyme disease is easy to treat. Three weeks of an antibiotic like doxycycline and you’re cured. Yet many people treated for Lyme disease have symptoms that persist or appear after antibiotics are finished. A study from Johns Hopkins University found that six months after Lyme treatment, 36 percent of patients reported new-onset fatigue, 20 percent reported widespread pain, and 45 percent had neurocognitive difficulties. These baffling post-treatment symptoms were associated with a significant impairment of life functioning. Post-treatment Lyme symptoms are common and represent a major public health problem.

The Infectious Diseases Society of America (IDSA) has stated that standard treatment (3 weeks of antibiotics) will cure “over 95 percent” of people with Lyme disease. But many experts have challenged these treatment guidelines as being inaccurate. As I see it, even if the IDSA’s guidelines are accurate, they are grossly inadequate. A failure rate approaching 5 percent for a curable disease is unacceptable. Let’s check the math: At present there are at least 300,000 new cases of Lyme disease each year. Lyme disease has been with us for at least 40 years. So, even if every person is diagnosed early and treated according to IDSA guidelines, and if the failure rate is only 1 to 4 percent,  there are tens of thousands of Americans living with incompletely treated Lyme disease.

Here is an actual case that highlights the diagnostic challenge of chronic Lyme disease:

Anne had been diagnosed with three different autoimmune diseases, each by a top specialist:

Two of the specialists wanted to treat her with immune suppressive drugs, a decision that would have been dangerous, given the fact that her real problem was Lyme disease and suppressing immunity would only make the infection worse.

Anne had suffered a tick bite five years before, about six months before the onset of her joint pain, and had been treated with an antibiotic, doxycycline, for three weeks. Subsequent testing of her blood for antibodies to the Lyme bacteria were negative on four separate occasions. Her doctors, therefore, discounted the idea that Lyme disease could be causing her chronic illness.

She came to see me not for evaluating Lyme disease, but to find a nutritional therapy for Crohn’s disease, because she did not want to take the medication her gastroenterologist was recommending. Although her digestive symptoms were controlled by a special diet and her iritis could be prevented by supplements of curcumin, an herbal extract, the cycles of joint and muscle pain and fatigue that she had experienced for the past five years continued.

I ordered some detailed blood tests to evaluate the possibility that she may still be suffering from active Lyme disease. The evidence was inconclusive, but strong enough that she and I agreed that further antibiotic therapy was warranted.

Like many other patients with Lyme disease who start antibiotic therapy, Anne originally felt worse with antibiotics. Fortunately, this reaction, called a “Herxheimer response,” only lasted for about a week. Within a month, it had become clear that antibiotics, not immune suppressant drugs, were the right therapy for her. Although not totally well, Anne no longer has any evidence of Crohn’s disease, iritis or spondyloarthritis. What appeared to be autoimmune diseases were the deceptive manifestations of a chronic infection of Lyme disease.

In Anne’s cases, inadequate treatment of her primary infection was the cause of her chronic disease. In my medical practice I have seen numerous other patients in whom Lyme disease was never even considered, but whose illness cleared dramatically when they were treated for Lyme disease. The most common diagnoses given these patients have been chronic fatigue, fibromyalgia, depression, undifferentiated connective tissue disorder, rheumatoid arthritis, and neuropathy. Kris Kristofferson’s misdiagnosis of Alzheimer’s disease is an example of misdiagnosis that received some press coverage.

Great controversy surrounds the causes of chronic symptoms in patients with Lyme disease. I have found several causes among my patients, each supported by scientific studies, and each of which must be looked for and treated for full recovery to occur. These include:

Co-infection: The ticks that spread Lyme disease may transmit other bacterial or parasitic infections that require their own specific treatments. Treatment of Bb alone may be insufficient to produce a cure.

Bacterial persistence: Lyme bacteria have evolved ways to escape the effects of antibiotics and evade the immune system. Special measures may be needed to overcome persisting infection.

Auto-immune damage: Lyme can trigger the immune system to attack the body’s own tissues, even when infection is gone. Restoring immune balance can be critical to recovery. This is especially true when Lyme disease damages the nervous system, but may also occur with Lyme arthritis.

Antibiotic side effects:Treatment of Lyme disease with antibiotics may have unintended consequences. Yeast overgrowth is a well-known effect of antibiotics. A small study from Germany found that almost three-quarters of patients with persisting post-treatment symptoms became symptom-free after treatment with the anti-yeast medication fluconazole.

Strong antibiotics may also damage the energy powerhouses in our bodies’ cells, the mitochondria, causing fatigue, muscular weakness or brain disturbances. Nutritional treatments that protect mitochondria or restore mitochondrial function may be needed for a return to health.

Central sensitization, an alteration of brain function producing pain in parts of the body that are not actually damaged. Healing of the brain with medication, nutritional therapies or mind-body therapies may help.

In conclusion, Lyme disease is a major threat to public health and a growing source of chronic illness. For many people, recovery from Lyme disease requires a multifaceted treatment approach that impacts on all aspects of the Lyme problem, individualized to the needs of each person.