A new study has shown that muscle damage due to a heart attack can be corrected by stem cell treatment. This included a small number participants, but they have shown that stem cell treatment is an effective method to help patients recover from a heart attack. The study was directed by Eduardo Marban, the director of the Cedars-Sinai Heart Institute in Los Angeles. Marban and his team discovered that the cardiosphere technique to culture the stem cells for treatment.

This study is the first clinical trial to show that heart damage can be reversed. Some of the earlier studies were successful in regenerating heart cells using different stem cells or bone marrow stem cells. The new study has shown that stem cells have the capability to stimulate the heart cells to repair themselves when damaged. This is contrary to the general belief that stem cells multiply over and over again to help develop a functional heart muscle. The report shows that the repair is done by the cells in the heart themselves and not from the new cells provided.

Can you live a normal life after a heart attack?

The Phase I clinical trial using the stem cells for healing the heart muscle scars was done with 25 participants who recently had a heart attack. Each of the participants had lost around 25 percent of the heart muscle due to the attack and had massive scars that were evident in the MRI scans.

Out of the 25 participants, eight of them received standard treatment, while the other 17 had infusions of stem cells. The stem cells were taken from the patient’s heart using a biopsy and cultured in the laboratory. After almost 12 weeks of culture, the cells were returned to the patient through this biopsy.

The report shows that mass of scar tissue reduced by 42 percent after a year of treatment. A 60 percent growth was noticed in the healthy heart muscle. Patients who got the standard care did not show any significant regeneration. As against the conventional belief, researchers suggest that cardiac damage due to conditions like a heart attack is not permanent and once damaged can be reversed.

Stem Cell Treatment Might Be the Answer to Chronic...

How can my dad prevent another heart attack?

More from FindATopDoc on Heart Attack

Symptoms of a heart attack? 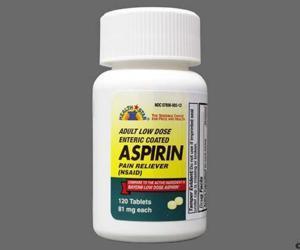 New Guideline on an Aspirin a Day to Keep the Heart...

What are precautionary steps to take to prevent a heart...

Symptoms of a heart attack?

How can my dad prevent another heart attack?

Can the ER miss a heart attack?